so i figured i would try a larger project. this model is of the USS “Indianapolis”, hopefully i will have enough patience to finish it. no real problems as of yet so i’m optimistic. 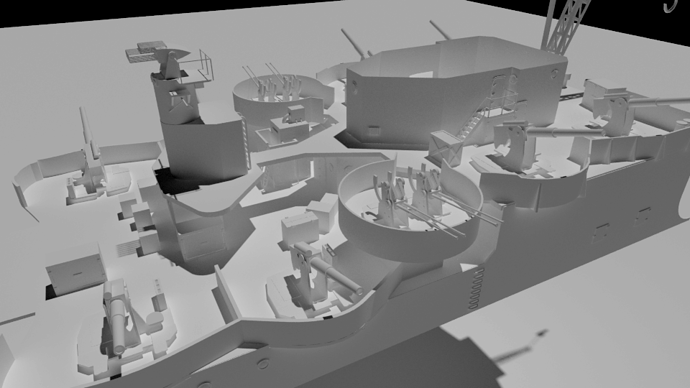 btw does anyone know how i can rig a gun so that it tracks a target?

Looking good! Still missing a few details, but I am sure you will get there.

To get the gun to follow a target, you can use an empty. Select the gun, then the empty, press Ctrl+T and hit track-to-constraint. Hopefully that helps.

thanks for the advice. ctrl+t doesnt cut it in this case though, i ended up using the “locked track” constraint. you got me on the right track though =D

each gun needs to pivot in two different places, so a simple track constraint doesnt work.

newer image and calling it a day. some weird artifacts on the side of the structure, i suspect if i unhide the floor in the next render they will go away. 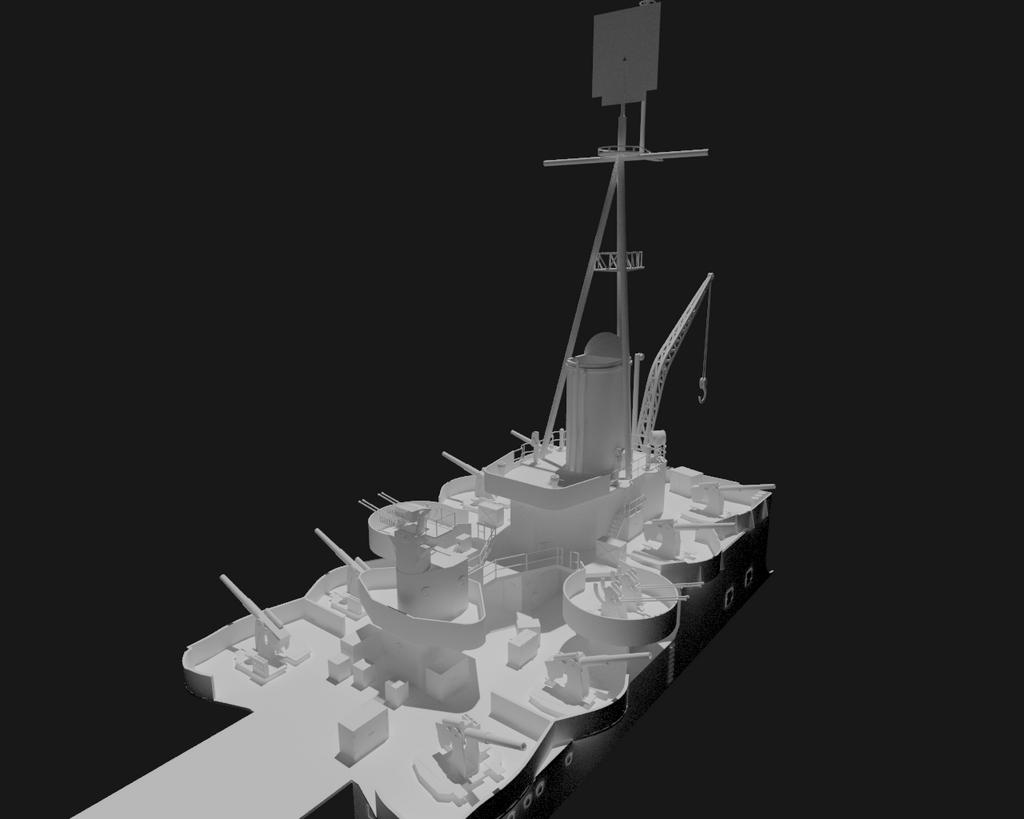 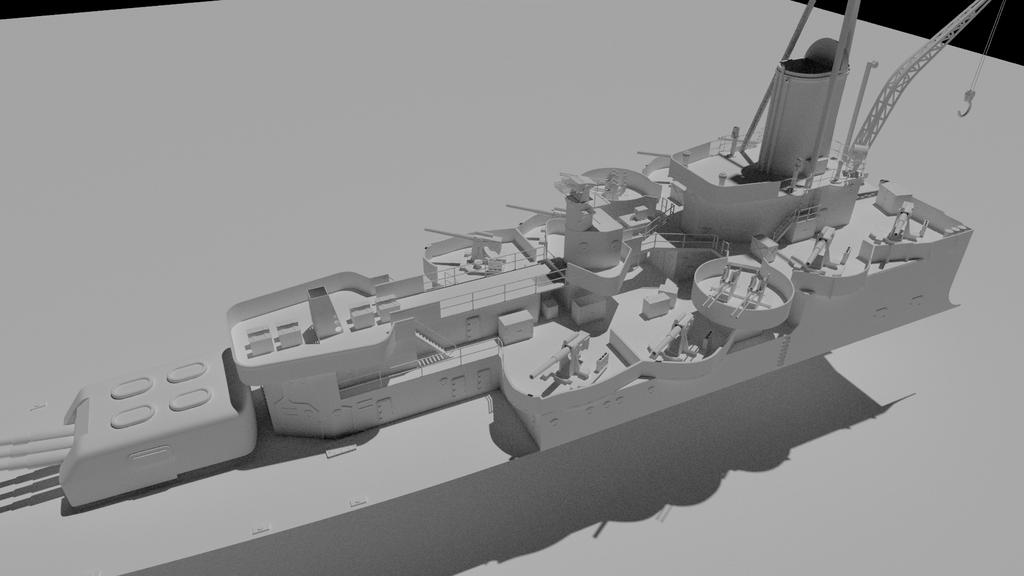 Wow! That is impressive. I really hope you texture it.

thanks, and i do intend to texture it…eventually

another update, the rear superstructure and deck is almost completely finished at this point (excluding textures and materials). 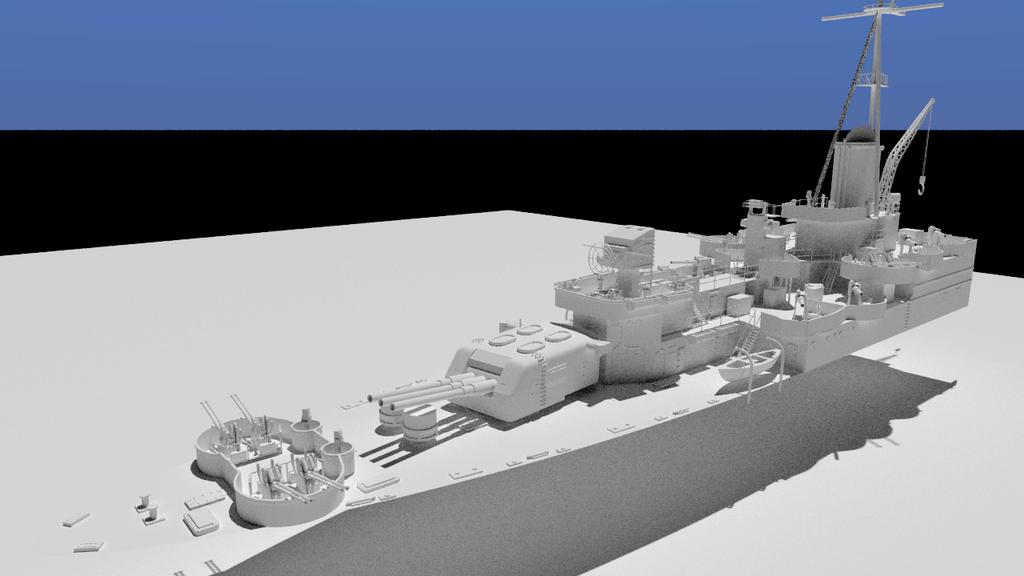 any criticisms are welcome

You simply must use the ocean sim with this at some point.

thanks, and the ocean sim does look promising, I’ll try it someday.

finally fit the hull to the superstructure. the modeling should be complete in the next couple of days =D 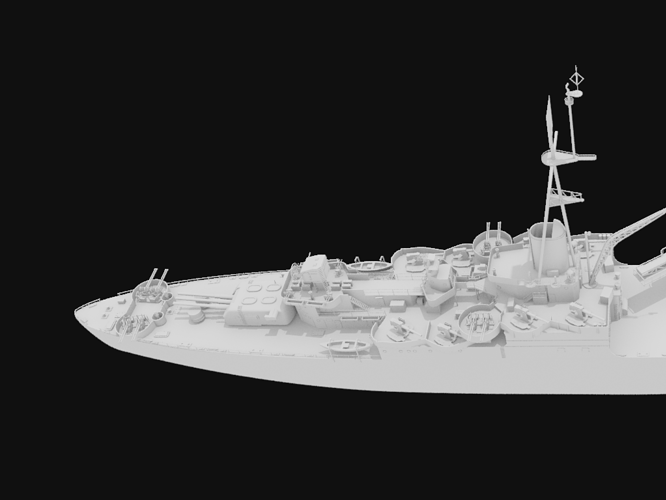 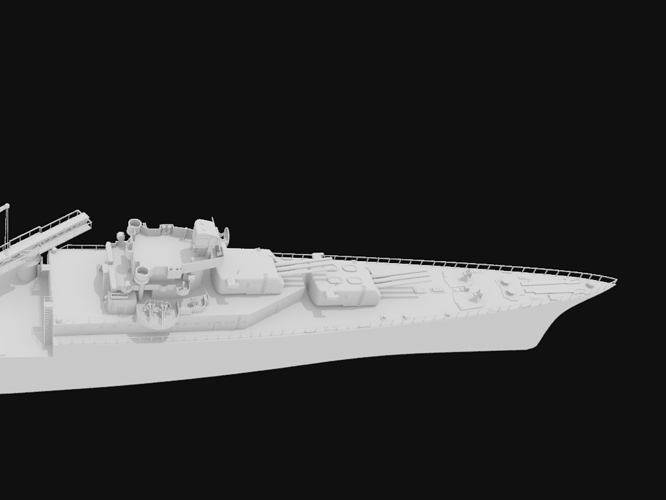 Damn, there are a lot of details in there. It looks perfect, do the same even for materials and the environment, and it will become a masterpiece!

nice detail but it kind of loks like a model boat. Could you upload a picture from the dock using DOF. The whole in the middle of the ship looks kind of …not real. Other wise be proud of yourself you havem mastered the modeling. How long did it take you anyway.

thank you thank you, and @larmannjan do you mean “deck”? im playing with the DOF feature in yafaray right now. the middle should improve over the next day or two, thats where most of the work is going to be. it took me a little under two weeks to get this far.

added materials and some textures, along with a little bit of additional modeling and detailing. 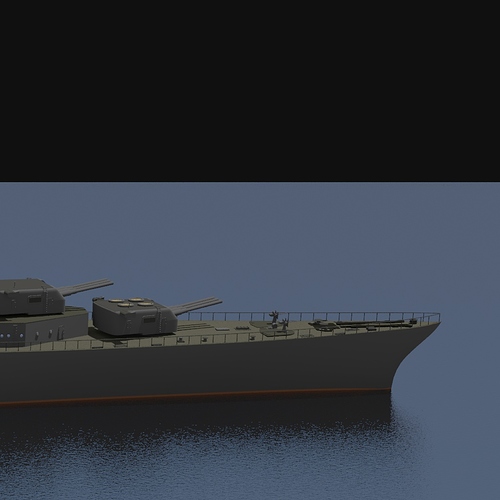 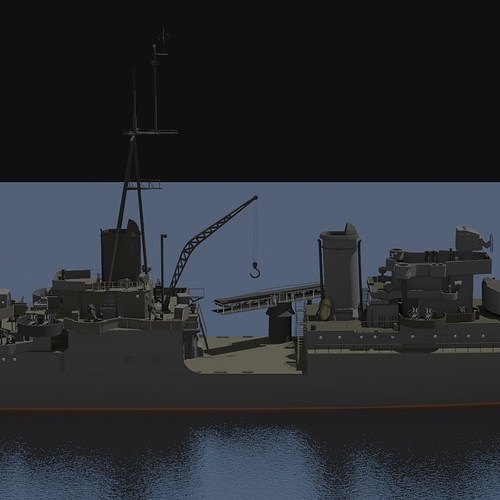 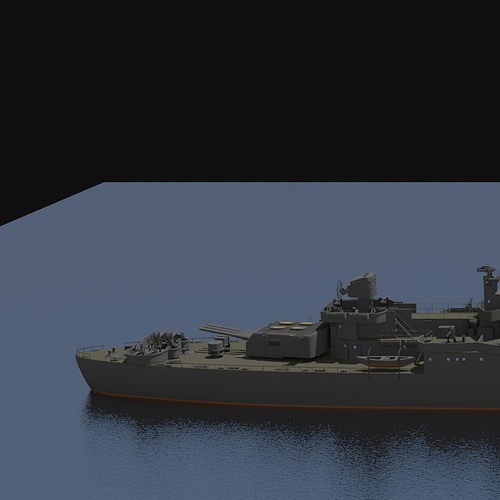 That is absolutely great!!! Wish I could model like that!!!

I already see a full textured model, cutting through harsh ocean sim branch sea, a short combat animation, with closups on the mainturrets, firing a full salvo, using smokesim for the moist air vaporizing at the barrels…

nice modeling and rendering. i see you are proceeding fast. Do you have a job or are you a freelancer?

nice going liek this model with lot’s of mechnical details

what is the size in verts?

would look great with ocean sim