But, there’s numerous problems that I can see, but am unable to resolve.

I’m not expecting a mass of comments - Usually, the comments are criticisms, but I’ve already made the criticisms of myself, and am looking for help in rectifying them… And so any response is welcomed. 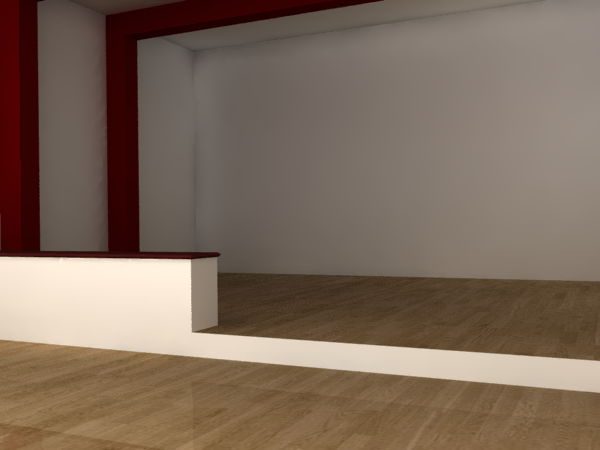 About the colour bleeding, get rid of GI if you don’t want it or set the bounces of light to 1 or 0, but it is what happens in real life. Hold something brightly coloured against something that is white, you’ll see what I mean.

yep, in case the red would not bleed it would take away the realism.

Regarding the blotchiness on the wall in the corner, you might be able to fix it with info from this tutorial. Here is a snippet:

I’ve improved it some.

Where the floor meets the wall at the back of the scene, it looks…Poor? What should I do to that? I’ve thought about skirting boards, but I doubt that’d look any good.

Also, I need to ask - Does it look real to you? Or, can you tell immidiately that it’s Blended? If you can, how should I go about making it look…Realer? 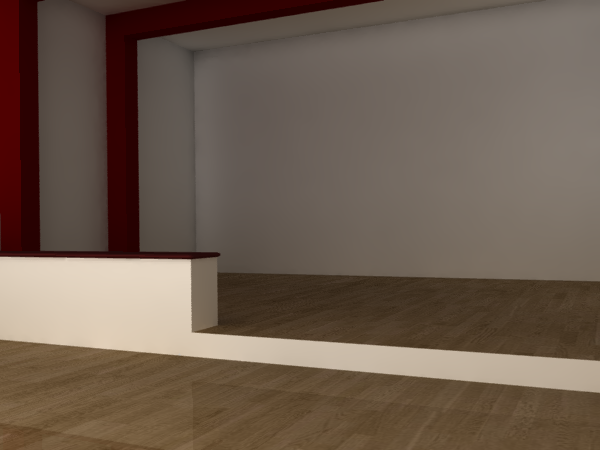