You may have seen this http://blenderartists.org/forum/showthread.php?t=78205 that I made a while ago, but I was never really happy with the lighting. In fact, now I know so much more about blender so I have started a similar scene completely from scratch. Of course it is still in progress…
EDIT: I forgot, i also must thank everyone for their lighting tips in this thread, http://blenderartists.org/forum/showthread.php?t=72853 (lol), especially sundialsvc4 and dgebel. Without their comments I probably wouldn’t have been able to get this far with sunset lighting.:o 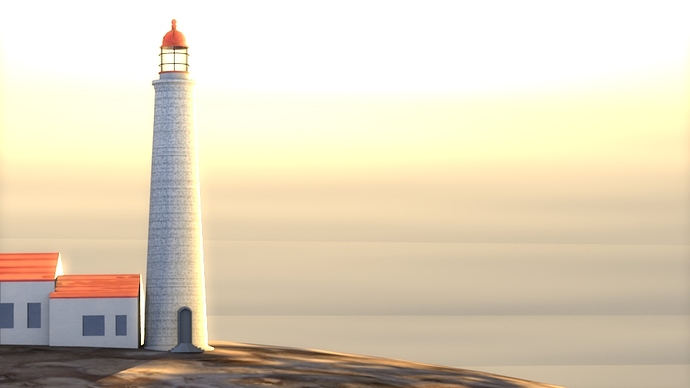 Go to the seashore and look at the light. I didn’t say “the scene,” or the “lighthouse.” I said, the light.

The first thing you notice about the sunset is that the sky is comparatively dark. There’s this brilliant, warm, “sweet light” coming from very low in the sky, and it is sharply defining the edges of what it illuminates, but set the illuminated object against the background sky and you see that the stars are almost ready to shine through up there. Furthermore, the color of that sky is different than during the rest of daytime.

If there are clouds up there, they too are sharply edge-lit and lit from below.

Because the light is coming from such a low angle, it brings out the texture of things – like bricks. And if there is a shadow, such as the one that should be cast by the lighthouse against the buildings behind, that shadow is sharp. Illumination in those shadow areas is quite difficult to control when shooting at that time of day.

Get out there at that time of day, even if you have to shoot a water-tower instead of a lighthouse… shoot (digital) film, and watch.

sundialsvc4, you once again have a lot to say:D . Thanx, first of all.
Here’s a pic of a sunset I took. 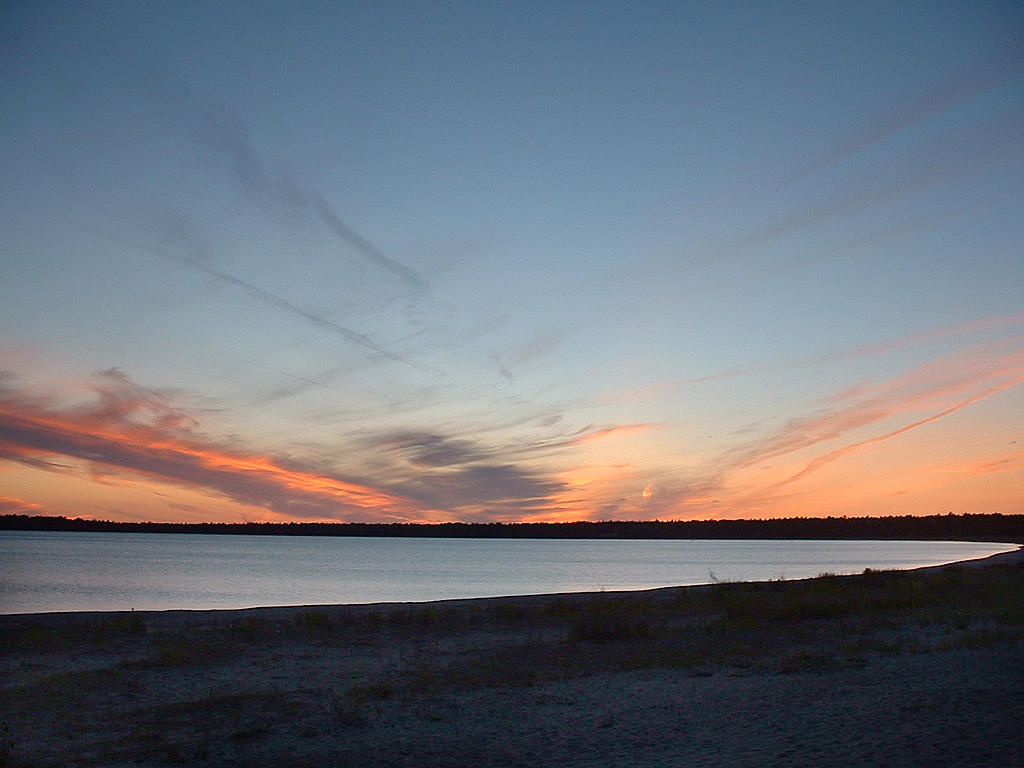 It is true that the landscape is very dark around this time, (sun just above of below the horizon), but in the scene I am doing, the sun is a lot higher, creating a sort of glow, because of thin sheets of cloud.

About the bricks having more texture, you are completely right. I just have no idea how I would create that, since the brick texture was uv mapped to the lightouse. I did it this way because if I simply “used an image texture”, it was very stretched, not at all how I wanted it. So if I use the same image as a nor map,(or displacement), it will not correspond with the uv-mapped texture.:o I’ll work on it, though.