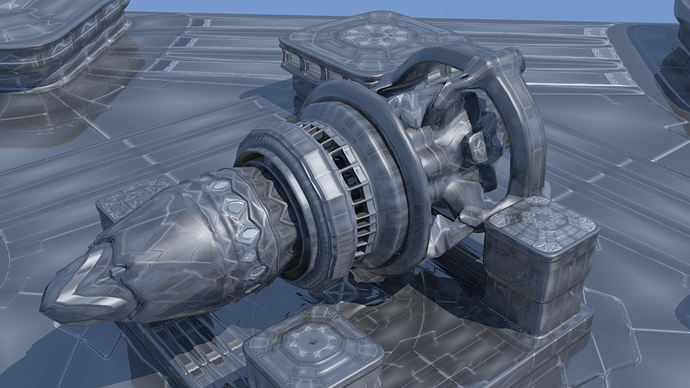 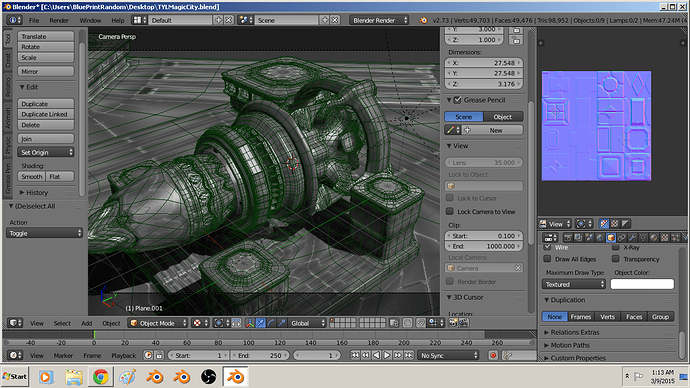 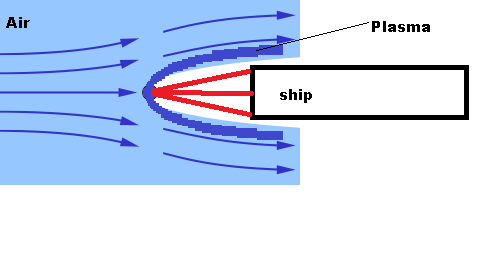 No stars for meez.

Well…
What is it? The bottom picture looks a bit like a futuristic jet engine, but it could also be a sculpture with irrelevant plasma simulations.

High power lasers when focused onto matter lead to extremely rapid ionization bydirect photoeffect or, depending on wavelength and material, by multiphoton processes.When a sufficient number of free electrons is created the formation of adense, highly ionized plasma is more efficiently continued by electron–neutrals andelectron–ion impact ionization. In view of many important applications the generationof a homogeneous high density and, at the same time, very hot plasma wouldbe most desirable. Unfortunately, at present high power lasers operate in the nearinfrared domain. As a consequence, direct interaction of the laser beam with matteris possible only below a limiting density, the so-called critical density which, atnonrelativistic intensities, is typically a hundred times lower than solid density. Onlywhen the oscillatory velocity of the electrons becomes relativistic at laser intensitiesbeyond 1018 Wcm−2 direct interaction with higher densities takes place. It is due tothis cut-off that the plasma production process becomes a very dynamic interplaybetween laser beam stopping and plasma expansion and makes the plasmas createdby lasers from overdense matter very inhomogeneous and short-living. Within certainlimits efficient energy transfer from the laser to overdense plasma regions ismade possible by electron thermal conduction. As there are physical limits inherentin this process also energy transfer to more dense matter is accomplished by shockwave heating and UV and X radiation from the moderately dense plasma.The dynamics of plasma formation and heating is best understood on the basisof elementary processes induced in atoms and on the electrons by the laser beam.Hence, first, elements of the motion of a single electron in the electromagnetic fieldand its collisions with atoms and ions are presented. The charged particles lead tocollective fields which in turn act back on the single particles. These processes aredescribed in the simplest way by the conservation equations of charge, momentum,and energy of the two-fluid plasma model. Owing to the high mobility of theelectrons and ions under intense laser irradiation such a hydrodynamic descriptionin terms of averaged quantities, density, flow velocity, temperature, averaged electricand magnetic fields, can never be the full truth. On the other hand there is itsconceptual simplicity which makes of it a very powerful instrument for describingphenomena, even in regions where its validity is questionable. In the following sectionsof this chapter the basic concepts of collisional heating and quasineutrality areintroduced and the basic building blocks of laser-plasma dynamics, linear plasma

This is me attempting to Jewels Verne some stuff into my game,

Pew… pew… said the little space ship and then it Bumped its own thread.