I have been posting this for a while under a W.I.P thread.
http://blenderartists.org/forum/showthread.php?t=184745

Now I feel that I have come to a stand still and don’t really know what I need to bring this to the next level.
I know I am not finished with this image, It don’t feel done to me.
All suggestions and thoughts I can get on this would be appreciated. 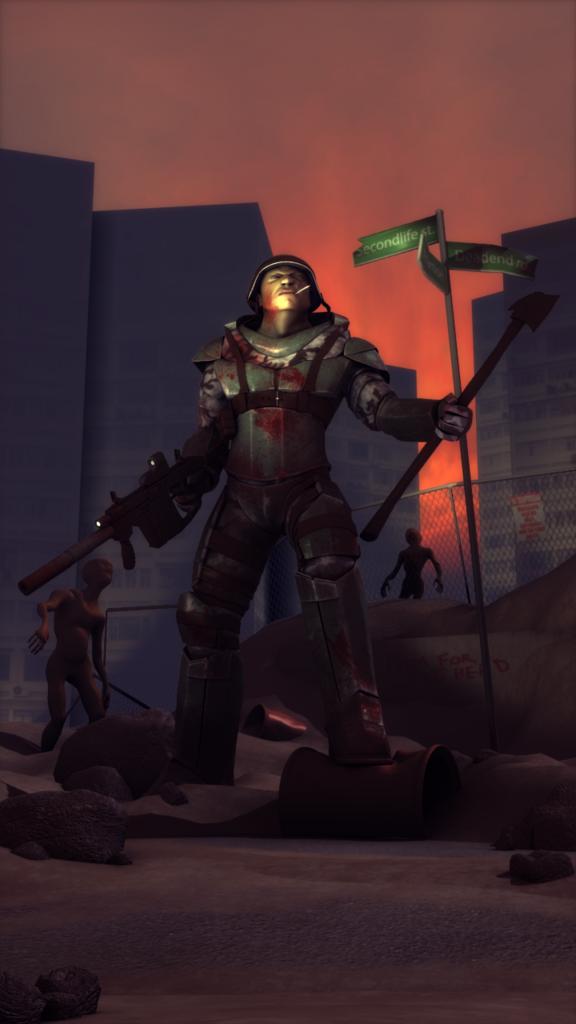 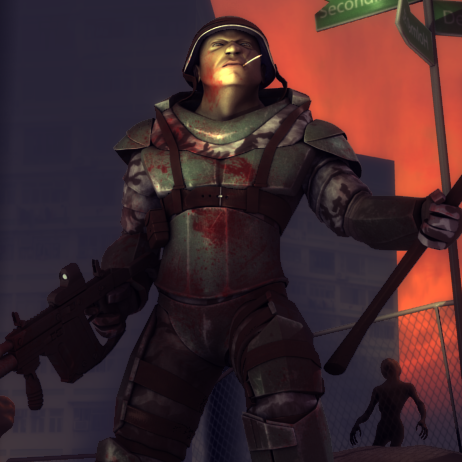 A couple of thoughts:

The general lighting is a bit too soft. The shadows around the objects on the ground and the character himself are not defined enough.

Where is the light on his face coming from.- likewise the sign and the fence.

The buildings look like blocks with textures, not models.

The pose is a bit odd. It’s nice, but it looks like he was modelled and then the zombies were added. He is far too relaxed for a person who hunts zombies with that number around. Even a change of facial expression, like he is ‘acting’ relaxed, but waiting for them, might be enough, otherwise tilt the head so he is listening, or worse case, turn him so he is turning towards them. I think you might get away with just a crafty glint and a raised eyebrow, though.

I did some changes after the feedback i got.
I can already see improvements, done some more texture work to.
Give me all your thoughts and ideas. 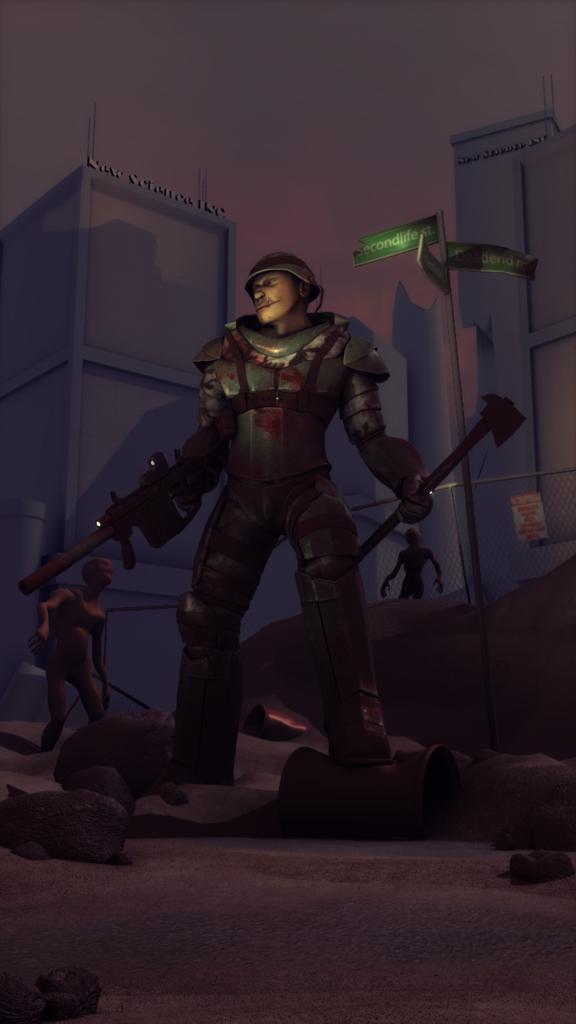 still working on surrounding and lightning. 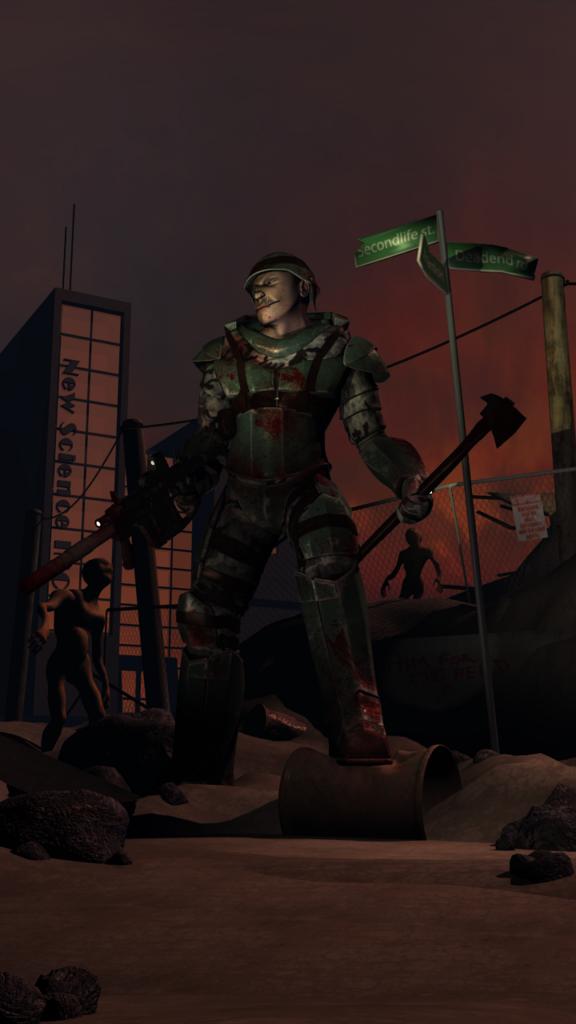 newest version. Im am starting to move over to Photoshop to finish the last stuff. 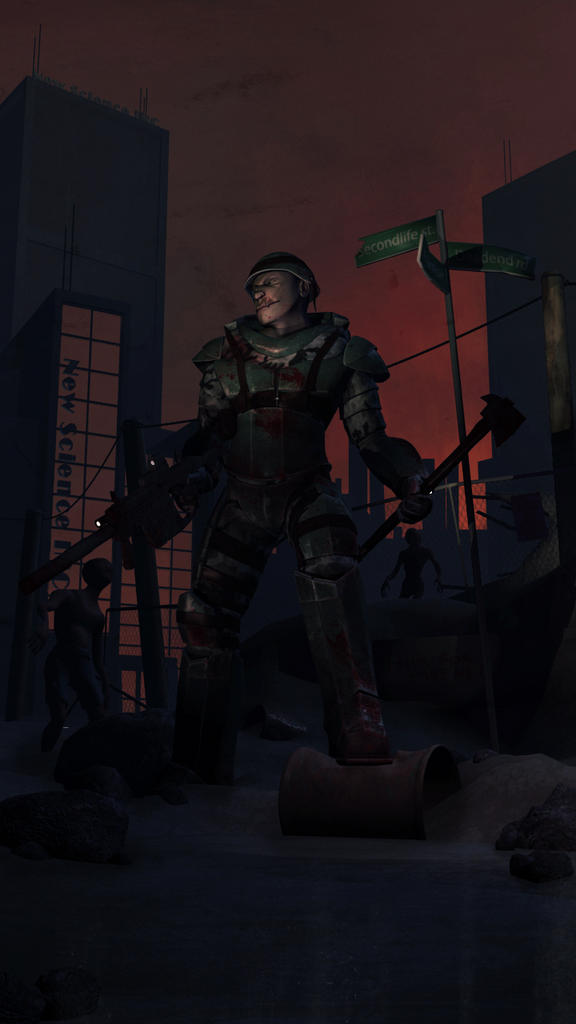