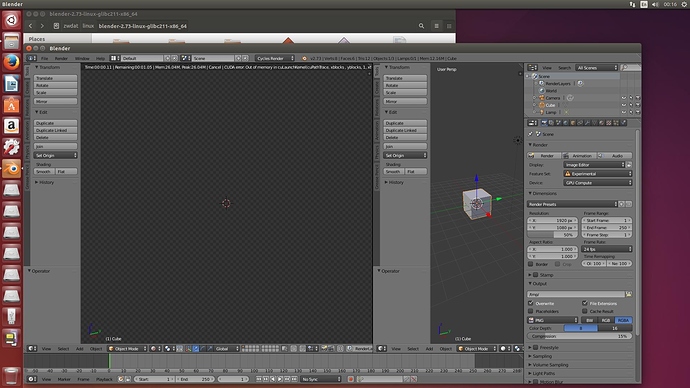 Every new version of Blender adds more features to Cycles. More features = bigger CUDA kernel = higher memory footprint, even if you don’t use the new features in a particular render. This gets even worse with the “Experimental” kernel, as that one includes even more features.

The GTX 460 is what - 1 GB VRAM at maximum?
I think you have to face the fact that your GPU is getting too old (or rather: too sparse on VRAM) for current Blender versions, resulting in you not even being able to render the default cube with the “Experimental” kernel. Try using the “Supported” kernel instead, which should use less VRAM.

If even that fails, well, stick to an older Blender version with smaller kernels, switch over to CPU rendering or get a GPU with more memory.

thank you first!
Yes, it sounds very reasonable. But the problem is that I install the graphics driver centos7 KDE environment, the emergence of a prompt, detailed contents can not remember, probably means that this function in the future there will no longer be integrated nv driver, but to be installed separately. Since I installed this, so there is no problem blender. And the windows system is not a problem, so I think the problem is in the drive, or blender this upgrade is still in an unstable phase, because at different times, the performance is actually a huge difference! Indeed puzzling! 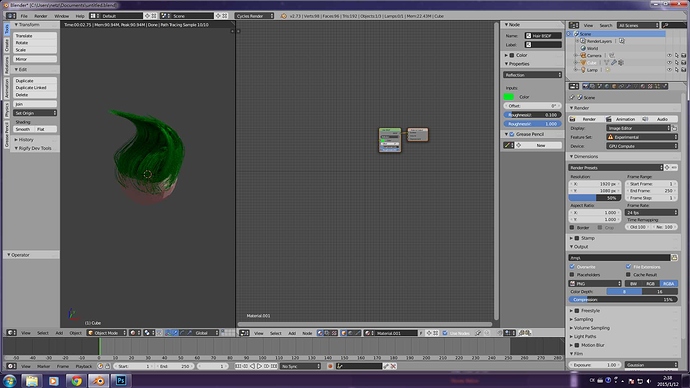 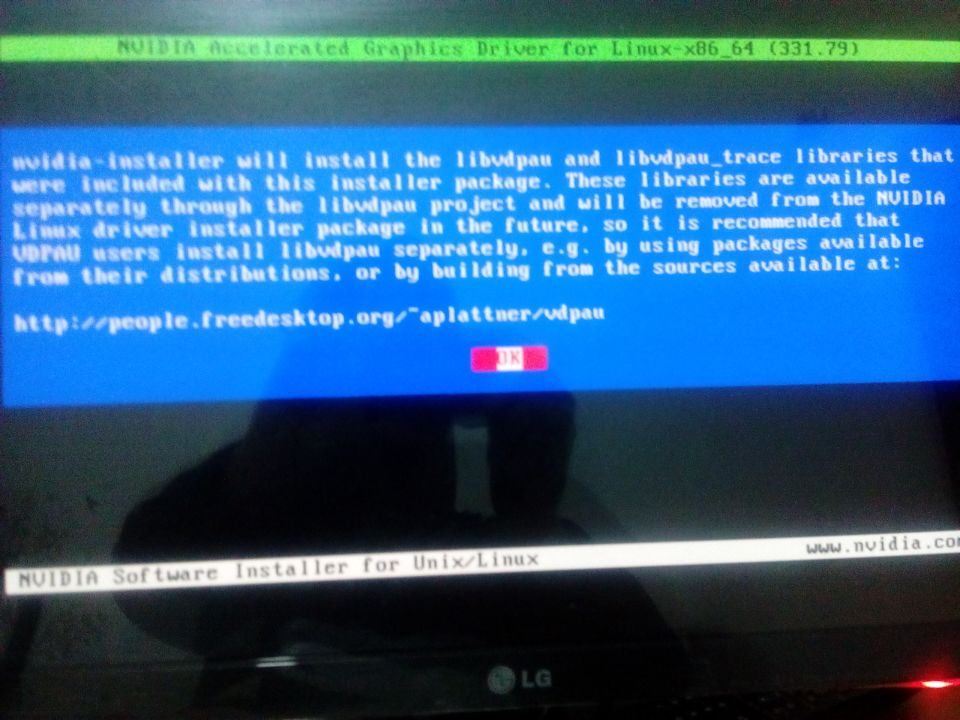 When installing the graphics driver, as shown in the prompt appears, it is no problem. If this did not occur, and that the inevitable can not use gpu’s exp mode rendering. For a rookie-level linux user, I do not understand why this occurs randomly when prompted to install the driver!
Under ubuntu how to install this vdpau? I compile and install the latest version of the Web site to download the 0.9. However, after the completion support library files, still part of the make install error. After so I can not verify installed vdpau, whether under ubuntu can use gpu @ exp.
I hope to get help, how to install vdpau in ubuntu14.04 in. Thank you!

Hi, I am not really understand the “bug”, on which distribution you are working?
Vdpau is a patch for ffmpeg a video en/decoder to get nvidia video card acceleration for video editors.
Blender doesn´t use vdpau.
The error in first post is indeed a “out of memory” error message as IkariShinji mention. 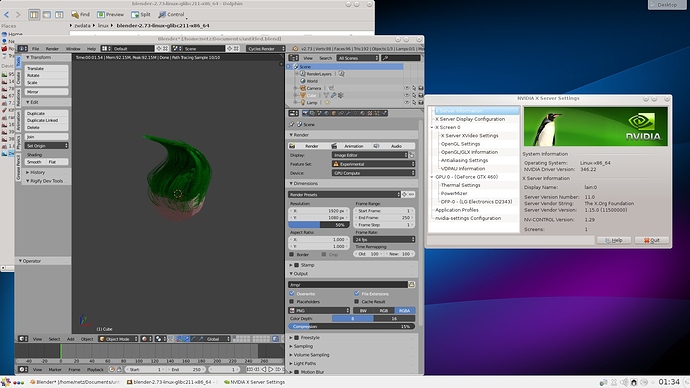 Thank you advice! I amateurs! I just want to know if gtx460 too old, why can windows and kde, gnome and not. I was not too tangled up? Sorry!

No, it is still a good card, only limited by video memory when it is a 1 GB card.
Your system use video memory too depends on your system it is 3-400 MB.
Open terminal and type “watch -n 2 nvidia-smi” without quotes., it shows memory consumption of your card.
Your render setup feature set “Experimental” is only needed for SSS (Sub Surface Scattering) and need much memory.
Switch it to “Supported” as IkariShinji mention.