I did a search for ‘wishlist’ and didn’t find one for 2.9 so I thought I’d start one.

My wish is for adding some missing information. The User Document is generally excellent but there is one thing I noticed missing. The shader nodes have descriptions of each input and output but no listing of the value ranges. For instance alpha values should only range from 0 to 1(bad example but you get the idea). Colors only range from 0 to 255 but mapping node vector output appears to be unlimited. Vector input to various nodes is a total mystery. If you wanted to shift an image on a flat plane in the x direction by half the planes’ dimension, what value would you input to the vector input of the image texture node? After playing for some time with trying to discover this I still don’t know. As soon as I connect a mapping vector output to an image textures’ vector input the image on my plane disappears, never to be seen again until the connection is removed.

For wishlists, the site:

is what you’re looking to.

For material and shader nodes: 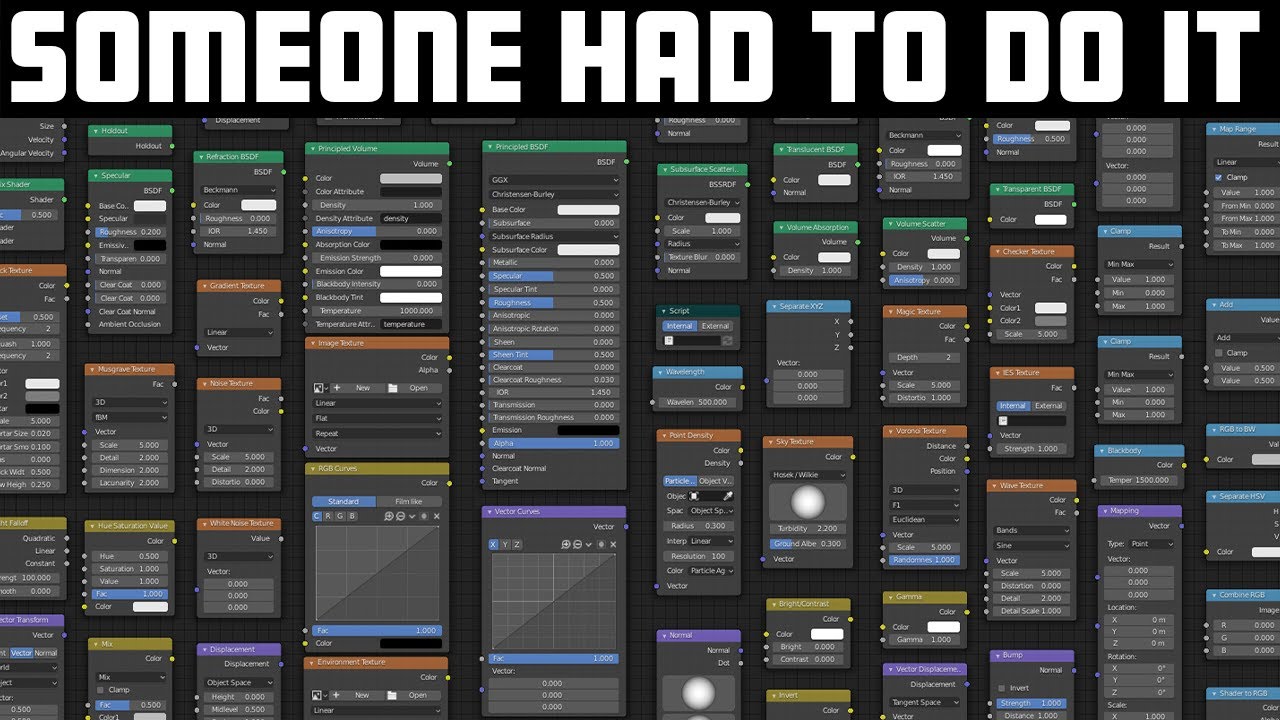 (usually, the manual, although frecuently updated, is not perfect.)

Thanks. I’ll be bookmarking both of these.
Best regards,
Bob G.