This is a 3D version of a page splash from Don Rosa, that’s inside a comic called The Beagle Boys vs. The Money Bin. The biggest challenge to this piece was to keep the 3D models looking flat - for which the orthogonal camera was very useful. 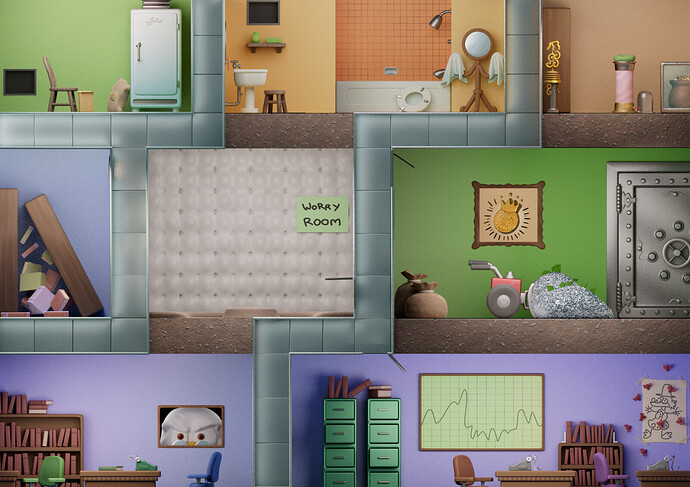 I also rendered an image with the beagle boys from Don Rosa’s original scene as 2D cutouts, as the mix between mediums gave the piece a comic approach. 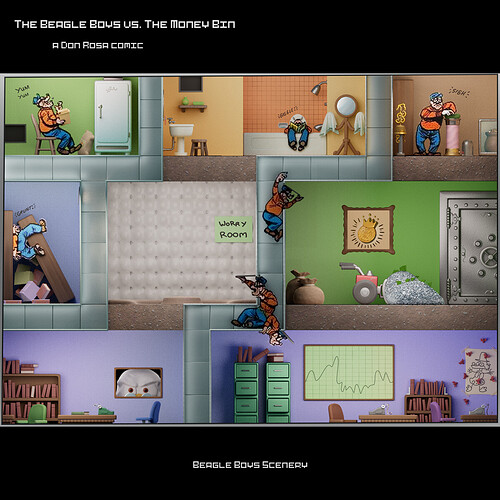 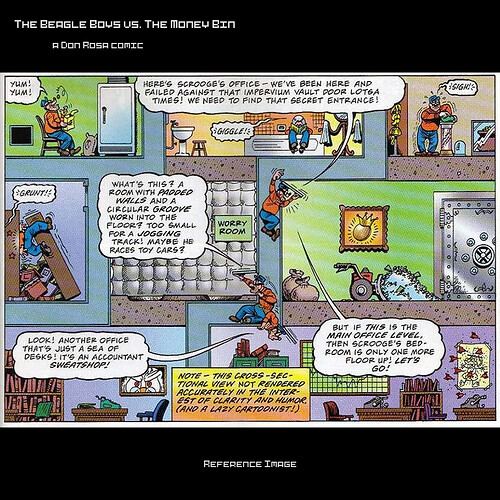 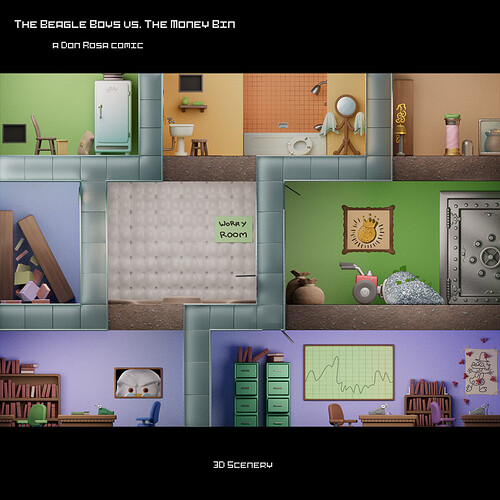 Finally, I decided not to retopo the sculpted parts - mainly the Uncle Scrooge Head in the picture, the towels hanging from the cabinet, and the coin-filled money bag, as this was meant to be a single render study. 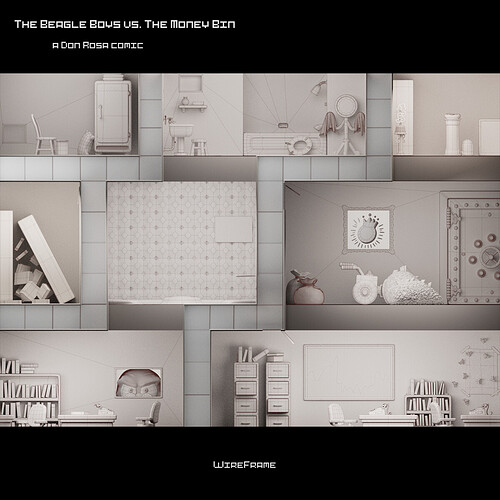 Nice work capturing the vibe of the original