I’m working on a new fun project for my girlfriend. Her parents are turning 50 in a month, and we need to put together an anniversary video. She doesn’t want it to be the typical slideshow made in windows movie maker and set to elevator music either. Since she is dating a professional graphics designer and video editor, (me:o) she figures we can whip out a quality production that puts the Biography channel to shame.

After narrowing her plans a bit, I have established 2 blender scenes that need to be crafted, to be used for a variety of different animations spread throughout the video. The first (and hardest) is that of a 1960’s drive in theater, in which we are “screening” this anniversary video.

We have a great picture of her parents after their wedding, looking out of the back of an old car. (1950 Chrysler Town & Country we’ve decided, mostly because we like the body style and it could be any car) So the idea is to model a drive in theatre and that they are parked there (map the image to the back of a modeled car). When the movie starts we’ll pan away from them and the car, sweep around to look at the screen, zoom in and start the movie that way. Then from time to time during the show we’ll pan out while looking at the pictures or footage we have, and show them displayed on the drive in screen, just to add interest.

Then at the end we’ll pan back to their car, which will now be surrounded by cardboard cutouts of their friends and relatives, and zoom in on the back window again…except the faces will be changed to their current age.

I’ll describe the other scene in my next post.
Here is the car so far, and the picture that inspired the scene. 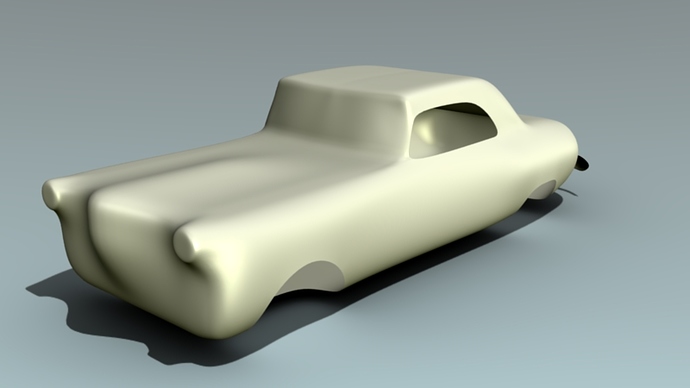 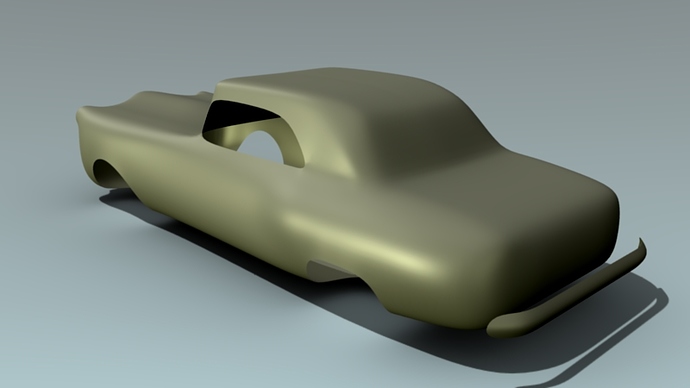 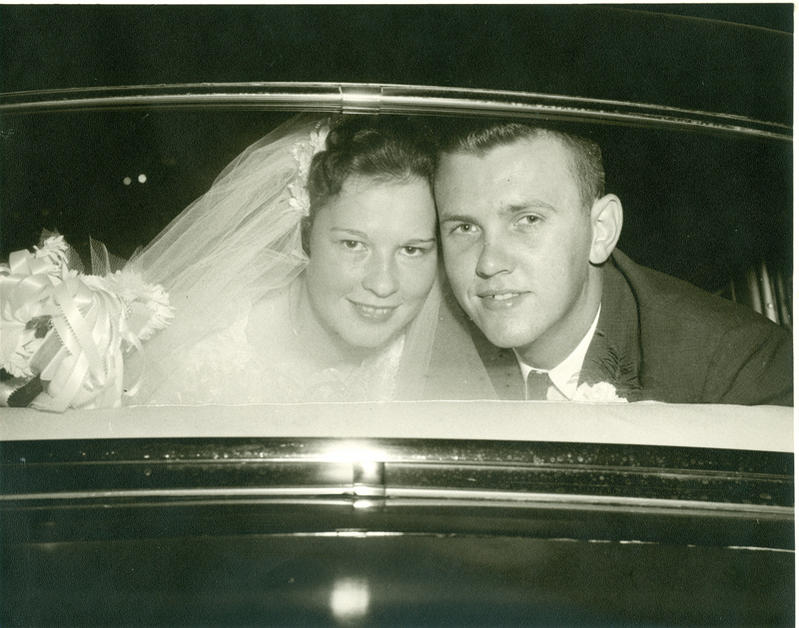 An article in Blenderart #21 might be of interest to you - animating old photos.

Any chance you have their voices on tape to lipsynch the old pics to?