The bandwidth is not limitless 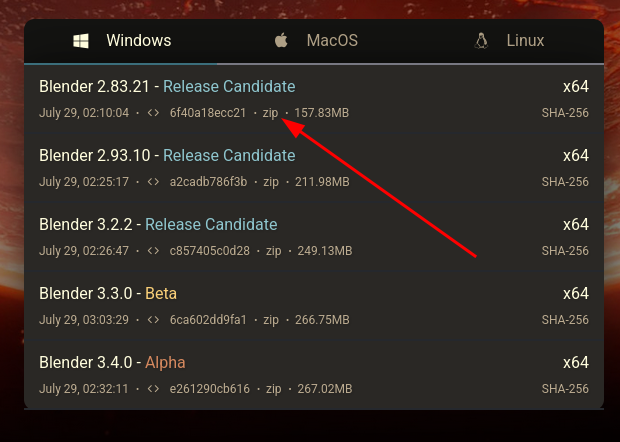 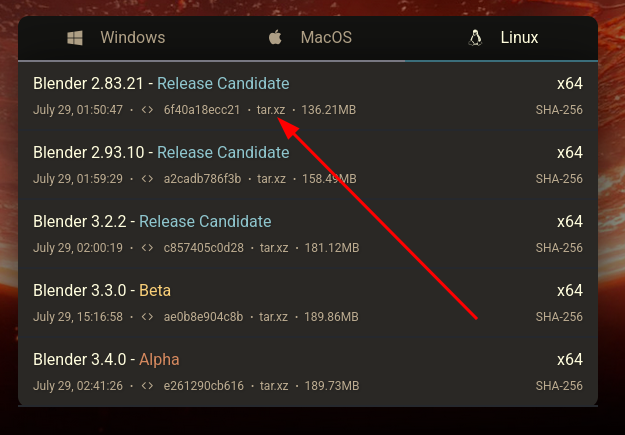 7zip reduces the size a lot here…
Check the size of the windows daily build converted to .7z

Dunno… but I mean, running daily builds is more or less something for “advanced users”, right?.. so if people can do that, pretty sure they can run 7zip without problem…

Windows can handle zip natively, 7zip mean you have to download 7zip app. Not a big deal, but you will still get a lot of users asking again and again how to open and install.

Also, Lots of computer noobs out there, a lot of them try blender, Some users will think they have a corrupt download and download it again before they ask in the forum.

Aside from all of that, it means your app depends on another app to install. Which is not very accessible and installing any software from the internet is dangerous business nowadays, the less of that you ask from your users the better…

Yeah, but like I said, if you made this far and reached those uncharted waters (buildbot), none of those concerns should be a problem, right?

Now, if the goal is to please the uninitiated, then sure, zip it is…

On the other hand, being accessible for new users is the reason for blender funding, all that money from big Corps is not because blender have a few pro users but because the huge number of users how just happen to play with blender for a while and get exposed to positive brand news…
Ironic, I know, but it is the way of internet advertising…
Lots of irate noobs being annoyed at FOSS for using wired non-standard file formats dos not encourage advertising fund money

I was mostly talking about the official release, but I would think that a lot of new users like to play with the new test builds with all the surrounding hype,
not to mention, there are all thous new features that can make the learning process easier.
Maybe that mystical one button that will make my crappy cube render look super cool …

Dunno… but I mean, running daily builds is more or less something for “advanced users”, right?.. so if people can do that, pretty sure they can run 7zip without problem…

But who says I want to install 7zip? The only thing I have installed is Blender and Affinity Photo because I can’t afford annual anti-virus costs so it’s inevitable I’ll reinstall windows from scratch and really can’t be bothered to install a bunch of things.

They can just offer 2 different builds to download. As the new one matures and gains a following and popular youtube tutorials you’ll see the download amount shift from one to the other.

But who says I want to install 7zip?

Too bad… maybe you should?.. 7zip is way better than regular .zip…

Afaik 7zip’s source and also the 7z fileformat are both open source, LGPL. Its just not as widespread as the older zip itself.

Well,…no. There are more tools being capable of that. I think also Winzip does it meanwhile.

Well,…no. There are more tools being capable of that. I think also Winzip does it meanwhile.

I know, I only meant, it was a separate download… not that it’s the only one … aside from that WinZip is a paid app or a nagware depending on your point of view and closed source at that …

Yeah ok, I mentioned it because it has/had quite some marketshare, I didnt mean you should go for it.
Beside that the overhead for sfx archives is also pretty small.

I don’t really have a need for zipping things often. When I do, it’s not any massive file that would benefit greatly from 7zip. I honestly cannot remember the last time I needed to create a zip or rar file.

Created this separate topic for the compression discussion. Please feel free to continue the discussion here.

Zip is defacto format to collect multiple files in same package, with lossless compression. It works everywhere without installing weird software. Changing format is same like shooting own leg.

If filesize is issue, it is better to split addons to separate package.

If server upload is limited/expensive, then use torrent too as alternative download.

7zip is not “weird” software…

If you wanna go that route… people install “weird” software on their machines all the time, drivers and all kind of “weird” apps and games… and yet no one complains… hehe…
Also, using a software like blender is far more complicated and weird than install a simple archive utility…

But hey, to each their own, of course…