A concave-convex option for bevel node?

I do not know if any developer will see this post but I do think that it is important to have such an option in bevel node. It will give the opportunity to differentiate, easily between ‘dirt’ and ‘wear’ areas in shading. It is a pity to have already the bevel node and not having such an option in it.

Have you tried the AO color node (which differs from the shading node as it produces color/value information)?

Can you put any screenshot of the node arrangement needed to produce the two separate shadings (on concave and convex edges)?

I just drop the note here for getting again the topic to the top of the list in the forum. It is a pity having such a good node as the bevel node and leaving it without options giving to the user to select between concave and convex edges.

Although I do not have any knowledge about programming I do suspect that it is something not so difficult for the developers in Blender team to add such a feature to the bevel node. Such an addition would get Blender’s texturing abilities very close to Substance Painter like apps’ ‘wear’ and ‘dirt’ mask producing features.

I do not know where else I can put this request so that some developers could see it. Any idea about such a place? 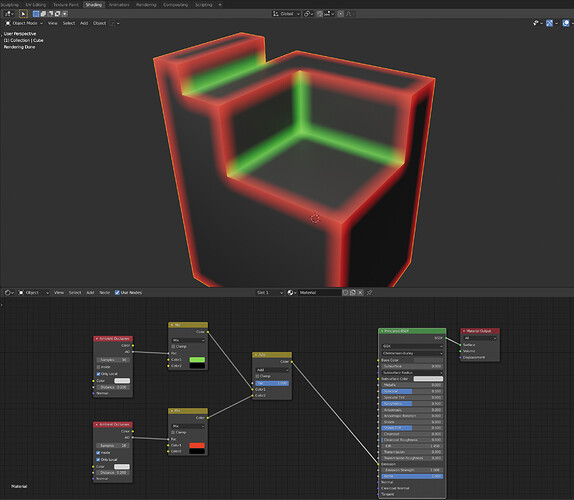 If you use an AO node with the “inside” flag set and plug some noise into the “distance” socket, you’ll get a ragged mask along the convex edges, which makes a nice wear mask: 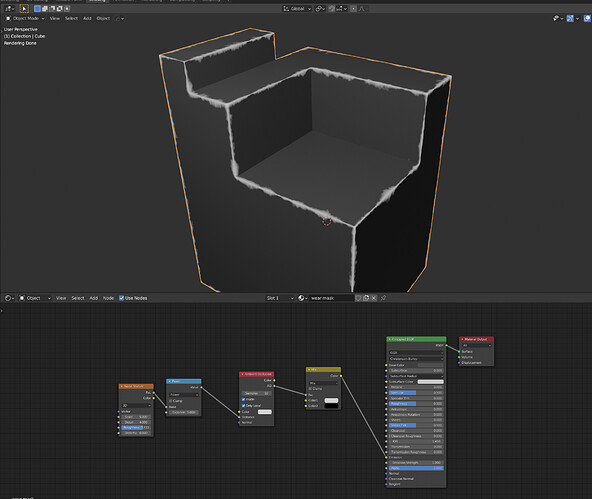 You can do the same node setup with “inside” disabled and some larger+softer noise to make a crevice dirt shader too.

EDIT: I have a thing on Gumroad that packages up this technique into something like Substances “Metal Edge Wear” filter, if anyone’s interested: https://jtheninja.gumroad.com/l/RTFYt

Thank you very much for the precious information J_the_Ninja! Will try it!

Oh that’s such a nice trick, I never thought of this. Thanks !!

Sorry for my ignorance, but in that example what is this node? I can’t find it.