For more than a year, people have been asking me to make tutorials. Worry no more, for all your prayers have been finally answered.

Starting from today, I’ll make comprehensive tutorials (“old school style”) that will reveal all my secrets on this great journey in the 3D world. 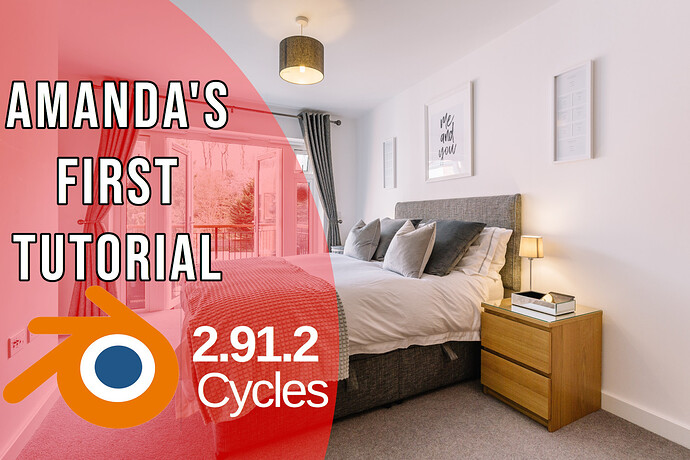 Thanks for sharing a detailed lighting process! Old school style tutorial is what I missed in these days. (For me, it’s better for quick understanding.)
Keep up!

But in every photography tutorial video on youtube there’s abundant fake lights and light blockers and shadow casters all over the place. Are you sure about this advice?

Yes. For 99.9% of replications you won’t need fake/fill lights.
I believe most photos aren’t taken by real photographers, so that’s why fill lights are not needed for the overwhelming majority of replications. But it’s not just that, Filmic is supposed to be better than real eyes at Dynamic Range, so it’s supposed to be much better than a real camera at capturing light. 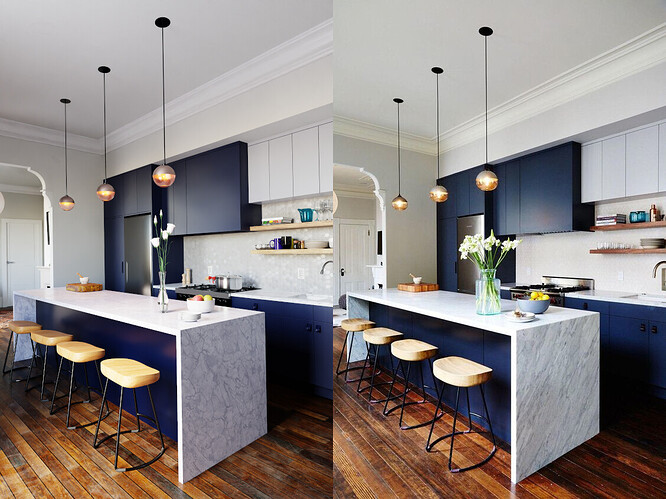 In my replication above (Cycles on the left, real pic on the right), there are no fill lights, only a SkyTexture (and the lamps above the table, but those almost don’t contribute to the lighting).

My intention is to replicate real life / real eyes. Nobody uses fill lights in your daily routine, because our eyes see really well (they have a great Dynamic Range) and the lighting is already setup nicely in the real world.

As far as I can remember, the Filmic setting introduced in Blender was supposed to replicate that - and even be better than human eyes at Dynamic Range. Because of this, I do not believe fill lights are necessary, as my comparisons show.
In the rare case that a fill light is needed, it’s either because that pic was taken by a photographer that used fill lights in a very specific scene, or because the user didn’t setup the lighting accurately in the scene.

So if you’re using Filmic, you shouldn’t need to use fill lights because the lighting simulation and capture is much better than what photographers can capture with their equipment.

Another example is the wooden kitchen on my website. It was only lit by a window where the environment light was the only thing lighting the scene (no HDRi, not even a SkyTexture, just a default background but white).

Bellow is another example (this one wasn’t calibrated with fSpy).
Surely our lighting is a bit different, but you can see in the shelves how the real-world pic taken by a camera is quite dark, even though the scene is more light by the environment than mine. And that doesn’t change by much if I remove the sun (which is lighting my scene by quite a lot). 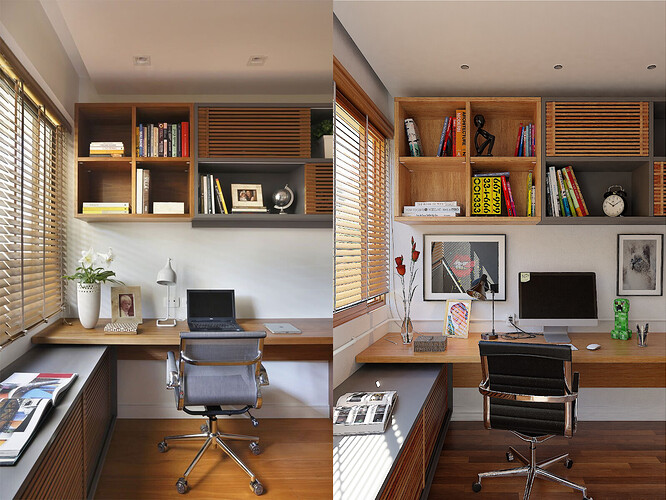 Bellow was my first test project with Eevee. Really simple and quick conversion.
Instead of using an HDRi I think I just set the environment color to pure white. It looks a bit darker than Cycles, but that’s because there is no sun illuminating the scene anymore.
Still, it’s quite a lot better at Dynamic Range than the real picture. 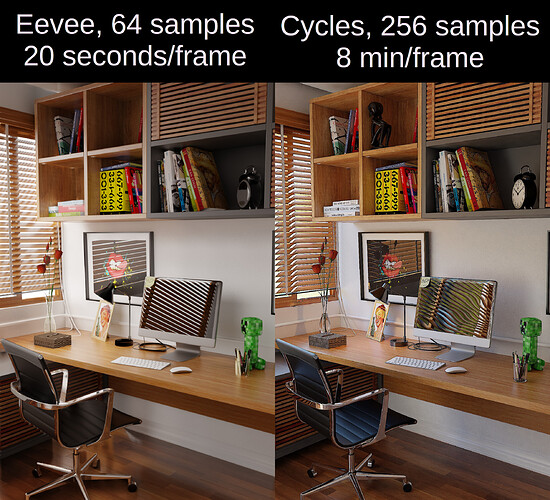 And bellow is the scene in Cycles but with the Sun removed = instead of using an HDRi that has a sun, I used a SkyTexture with no sun.
While the scene is much less illuminated than the real life picture, no fill lights were needed. 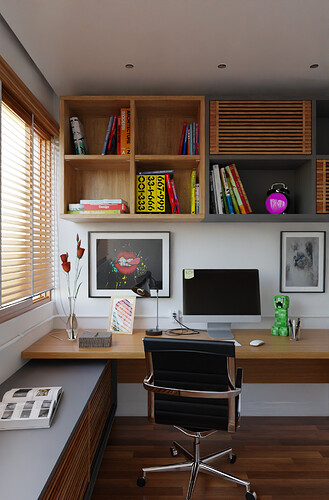 Hello. I missed this post, back when you posted it.

Anyway, I noticed that one example says Cycles 256 samples.

I have always wondered why some folks use THOUSANDS - or tens of thousands of samples for their renders.

Why would they do that ?

Unfortunately I had to take the website down as I couldn’t maintain it anymore. Not only I don’t have the time to maintain it, there was no incentive to keep paying for it to stay up because there were no visitors in the last 3-6 months since I wasn’t publishing anything new to the site.

Could you republish on a free wordpress.com account or medium.com ?

It’s saved on Wix for free, I just don’t don’t want to publish it because it has my e-Mail address as a prefix (e.g. ‘email.wixsite.com/site’).