A nostalgic return to the past: An iberian city of the IV BC

Here is a progress of the project I’m working: The reconstruction of the west gate of the Iberian city of “La Bastida de les Alcusses of Moixent” (IV BC - Spain). Anyone who wants more information about this city please visit:
http://museoprehistoria.demini.com/ruta_iberica_3.html

On the subject of the scene shows a sunset of 2400 years ago, a metaphor for the end of a culture. I tried to give it a romantic and nostalgic touch to the scene, using lighting and some effects (mixture of photography and pictorial).

Technically, this scene was done entirely with Blender 249 from the modeling to the main post (dof, fog, gamma, levels, etc). Has helped me test the system nodes in Blender: materials, textures and postproduction. Rendering has been made with Blender Internal to have no limits (duration: 15 ’ / 1600x1200 pixels / Ve: 153,567 / F: 41,245 / Ob: 12486).
In point of illumination have been able to implement the Linear Workflow in Blender with good results (in my opinion :)), using 2 primary and 2 secondary lights with AO.

If you want more details I will posting here 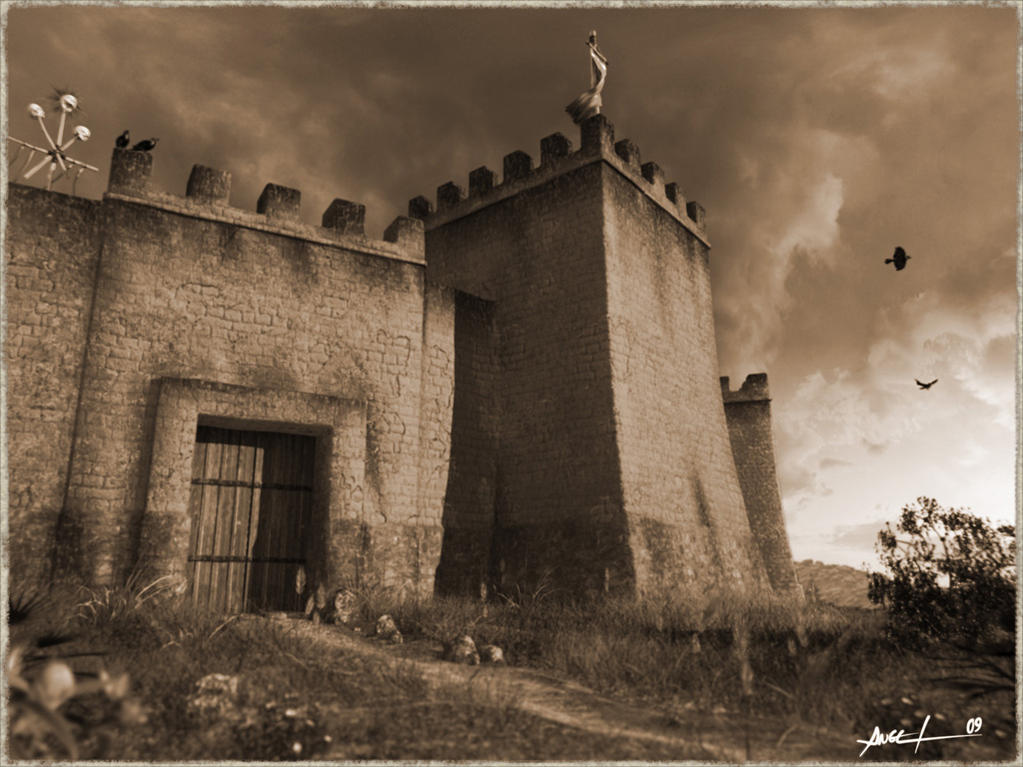 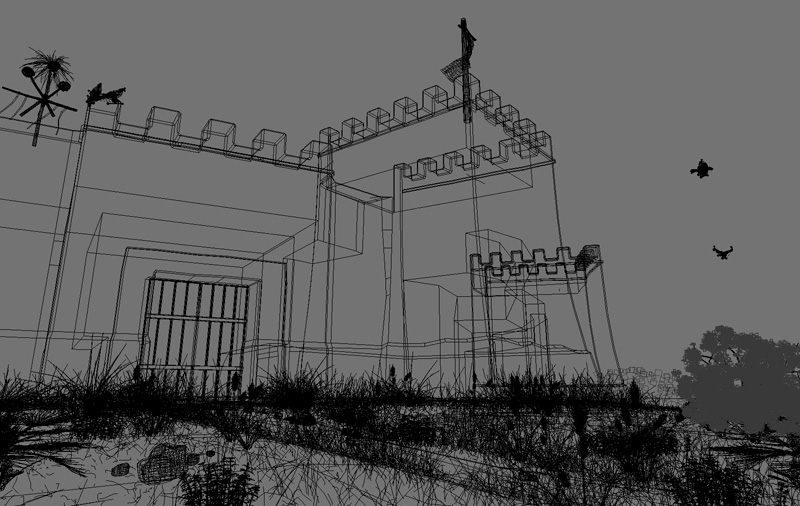 Nice render, would like to see higher resolution. From its construction, I would have though maybe 1000 years, not 2400?

nice, wonderful sky. The joint between the wall and the tower looks a little sharp though? From the wire it looks like that would be hard to fix without remodeling the whole thing though…

Nice render, would like to see higher resolution. From its construction, I would have though maybe 1000 years, not 2400?

Sorry, but the forum can not upload images bigger than 1024 pixels … but I try to upload it on another server.
Obviously this is a reconstruction, the towers now remain only stone base.

nice, wonderful sky. The joint between the wall and the tower looks a little sharp though? From the wire it looks like that would be hard to fix without remodeling the whole thing though…

You’re right, I have not ever been happy with this joint, there is time to correct it :yes:

There is a curious-but-familiar problem here: “you need to be shooting this with a 4x5 view-camera, not an SLR.”

By this I mean: notice how the vertical lines (the main building, vis-a-vis the adjacent tower), are converging. The camera has a slight roll to the left, and the middle tower looks very much like it was made in Pisa.

The model itself, the lighting and etc., are all very fine, but the technical choices of camera position, angle-of-view, lens and so-on … get in the way. This comment would be equally true if there really was a real castle there and you were shooting with your (digital) camera.

Architectural photographs are traditionally taken with a 4x5 (or larger) field-camera so that, by adjusting the film plane relative to the lens plane, converging verticals can be eliminated. I honestly don’t know whether Blender’s renderer knows about this (yet…) or not. As it stands, though, it is clear that you are shooting with a fairly wide-angle lens and that the film plane is parallel to the lens plane.

Perhaps you could resolve this by moving the camera considerably back (along the same vector), using a longer lens f-stop, and while you’re at it adjusting that roll. All horizontals should be horizontal, and all verticals (tower center-lines) should be vertical. This will eliminate the need to “crouch down low to the ground to get it all in the frame.”

If the point-of-view of the camera in its new position goes outside of the boundaries of your model, simply “crop the shot in the camera” by selecting an appropriate subset of the image area to actually be rendered.

A very interesting observation, sundialsvc4. I get enough tests to try an approach that enhances the model and give it a greater presence, but actually the camera angle seems very forced. I miss you more options for configuring the camera in Blender, but a way to correct this distortion can be whatever you suggest. I’ll do some testing with what you say, thanks

there’s a lens shift function, you can raise the camera up, then shift the viewed area that way.
that will reduce the vertical convergence/distortion

although, i prefer the original, more dynamic view. 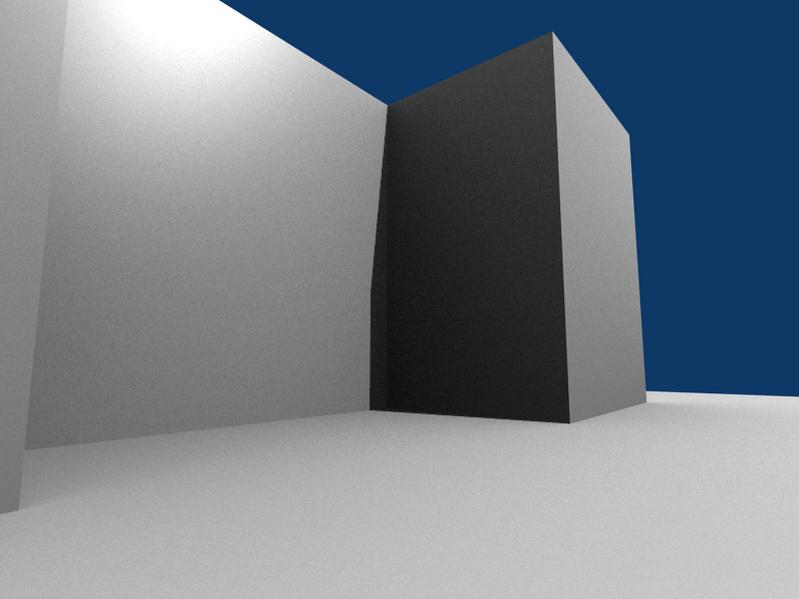 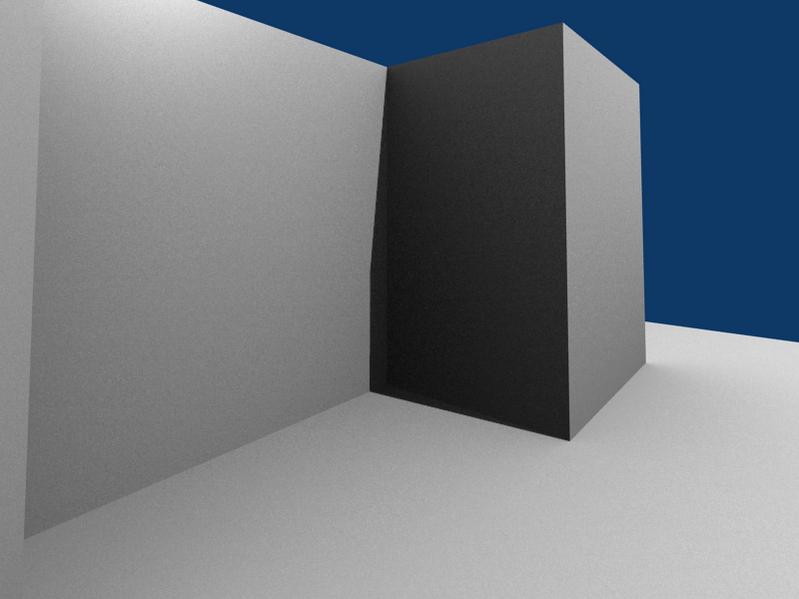