I wanted to do something different than I normally do as well as try some features I had not previously visited in Blender.

So I decided to try out some of the newer modifier stack options. Animations are always fun so combining those two things I came up with this: 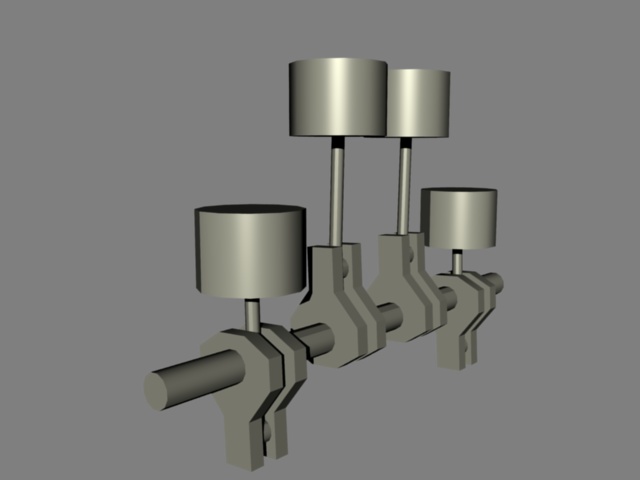 Turns out it was very easy to setup. Only the camshaft is specifically animated (to rotate along the X-axis). The piston is a child of the connecting rod. The connecting rod is a child of the cam shaft. After that it was just a matter of adding a rotation constraint modifier (no rotation in any axis) and a location constraint modifier (no motion except along the objects Z axis) to the piston and a locked track modifier to the connecting rod (targeting the piston). It actually was easier than I thought it was going to be so that was something of a combined surprise/let-down (given my initial goal).

After sorting out that part I’ve started refining the objects. I don’t really intend to model an entire engine but will do a few more things before I’m done. For instance it will have a 16 valve DOHC (which will present it’s own challenge for animation). Here is the current state of the refinements: 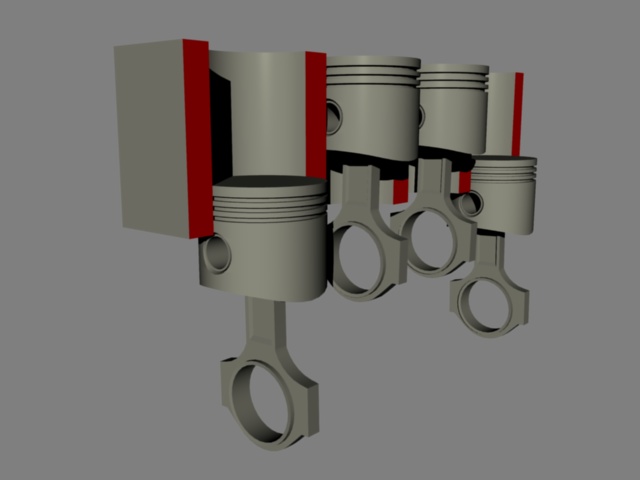 XviD Codec can be obtained from xvid.org

Nice work, those animations look great.
It’s really good news to me achieve something like this using constraints is actually easy. Thanks for sharing.
Both your animations look far better than the piston engine animations available on Commons and as the Wikipedia article Reciprocating engine surely could use a good animation you might want to share your work there.

Great stuff - is that your engine in the turbo squid repository four - Its a blender file???

No, that blend isn’t mine. When I’m done though I’ll link the blend file in this thread for anyone who might want it.

Also, thanks for those links I’ll check them out.

The crankshaft is refined enough to present. Here is the latest… 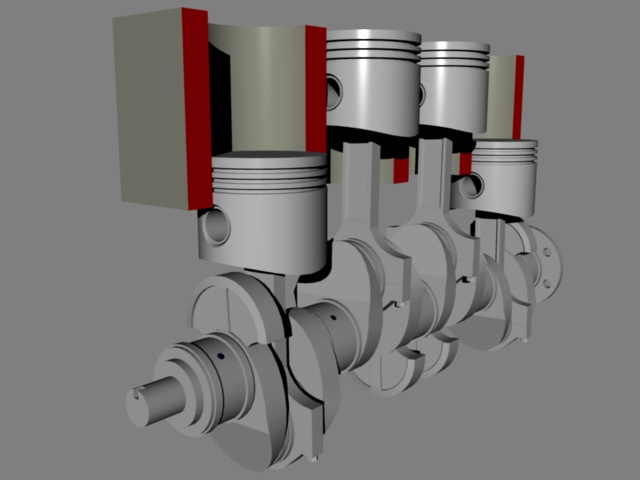 Had a little time to work out the cams and valve action so I’m modeling these next. Hope to have something tonight.