This is my entry for my school’s annual art contest. The title is “A Storm is Coming.” I created the textures with GIMP and rendered it with Blender Internal. I have two versions: one without postpro and one with. I’m just wondering which one to submit, as I like both of them equally (a rare occurance with me :))

Only BIender’s compositing nodes were used in the postpro’ed image, though GIMP was used to correct some sharp edges on both.

The deadline for the contest is 5:00 pm October 12th, so quick critique will be appreciated. 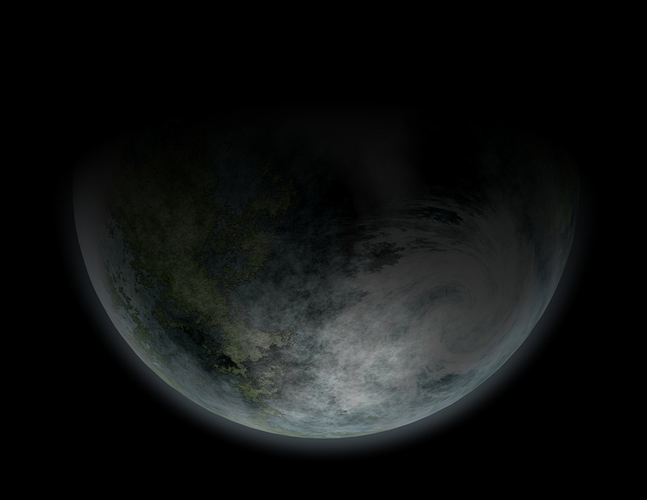 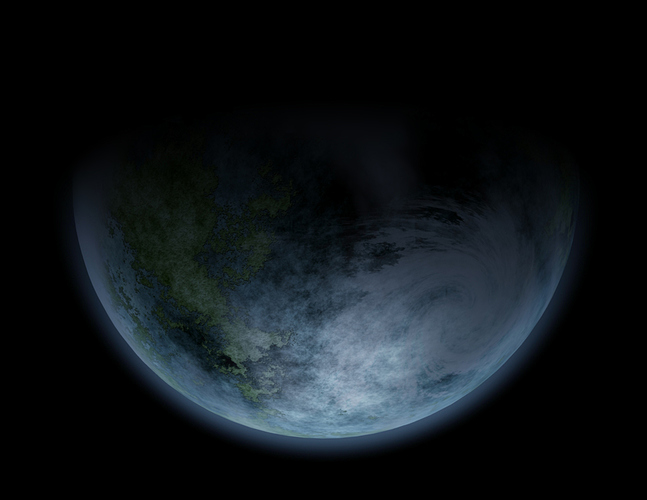 I personally like the second image better, but they both seem to be a bit dark, and maybe need a star background.

I agree. The second image has more pop, although the 1st image is more realistic.

jc, how’d you make the atmosphere. I might have an idea to do it differently depending on how you did it.

Making the atmosphere was easy, but putting it in the image was complicated. I made a sphere with a bright blue material. I turned on raytransparency and turned up the fresnel effect. I gave it a toon shader and made the size 5, smooth at max, and reflection at max. I set the emit value to 0. Afterwards, since I wanted to blur the atmosphere and halos didn’t work right, I tried out compositing nodes and drove myself mad with trying to figure out render layers and eventually quit that (only because of the contest deadline; I’ll learn render layers later). I copied the light source and put it in another layer with the atmosphere object. I then rendered only the atmosphere and saved it as a jpg. Then I rendered only the planet and used compositing nodes to put the atmosphere back in, using nodes to blur it.

wow that looks nice, the only suggestion would be to add some nor map to the clouds, as Huricane/typhoon/cyclones have quite a bit of depth at the throat, when seen from LEO (Low Earth Orbit).

Thanks. I don’t know why I didn’t notice that, as I had watched The Iron Giant a bunch of times right before doing this :o (the beginning of the movie is flythrough from outer space and down through the middle of a hurricane).

I know this is a bit late but check out these recent pics from Space Station, the hurricane is at the bottom.
http://www.texasjim.com/NASApix/NASA%20pix.htm