A team for the competition entry?

My project is a BGE_AirRace flight game.

OLD POST STARTS FROM HERE
I’m just probing, if there are people, who are interested to form-up a small team to create the entry to the Mokazon’s 'Summer Game Competition ’ competition.

My idea for the mini game entry

Game controls
Mouse and keyboard for the steering & viewing

Pilot’s task
Successfully move the loads between the assigned points.

The base idea for the challenge

1.Goal. Rook state
Delivery successfully the loads to between the land bases.

2.Goal. Newbie state
Delivery successfully the loads to between land base and stationary ship.

3.Goal. Advanced state
Delivery successfully the loads to between land base and sailing ship.

4.Goal. Pro state
Delivery successfully the loads to between land base and sailing & rocking ship.

The pilot’s base is in remote ‘NoWhere’ islands land base, right next to nothing.

General FAIL condition
If you miss the time limit or miss the landing pad and/or landing is too hard, the mission is failed.

I would take care of the helicopter flight model, in-game controls & cockpit gauges.

(edit on)
Here is my current helicopter flight model with cockpit view:
http://blenderartists.org/forum/showthread.php?t=180773
(edit off)

Yes, that’s the ‘story line’ for my entry.

I would really suggest you make a tech demo first with literally cubes, so gameplay is 90% done, than you can a way more easily find people to help.

P.S. Without much hope, because here each one wants to do his own stuff and it is hard to persuade others to join, I can try to propose you to join my project

You know what it is and where to find it

@Nikolay: he already does have plenty of game play, flight sim stuff finished…check out FDM4BGE in his signature

I’m looking the people with interest, which are more skilled than myself in certain areas.

See, I can make a so so helicopter physics model, but not a game play logic or modeling like land scape, veggies & etc.

My tech demo is the helicopter physics model blend file, which is the key for the game play, because the challenge is the precise flying within give conditions.

@mokazon
Thanks but this topic is not related to the FDM4BGE, which is a resource project for community good.

I would need a help with the low poly terrain and with the cockpit texturing.

Ill help. what do you want me to do?

Thank you for your offer.

How did you manage to texture the terrain?

I’m not sure about your question.

The texture is based to the mysterious ‘brontosaurus’ work:
http://blenderartists.org/forum/showthread.php?t=144749

I just baked it to the grid.

Steepest walls should be a rock, moderate steep walls with bushes, slopes and so so flat area a forests and fields.

If you sketch it up first and we can together check it.

and is this just a fly over terrain or do you need a landing pad?

At this point the runway is NOT needed.

If you are only going to fly over it, i suggest not going so detailed. Take Flight Simulator. Everything is so low poly that they could make the entire world. Their trees are two planes with a texture. Buildings are a cube with a texture. Think about it

Here is my idea for a terrain.
The first level could go from base to base. the bases could be on the mountain to make it a bit harder to land and there could be a time limit of some sort.

Then the next level could be a ship on the lake. not to hard flying and fairley east landing.

The next level could get a bit harder because the objective might be on the sea which would mean flying through the low mountains.

the next level the ship could be rocking on the sea, or sinking, or less time ect.

The high mountains could be to keep the player within the terrain instead of just an invisible wall. 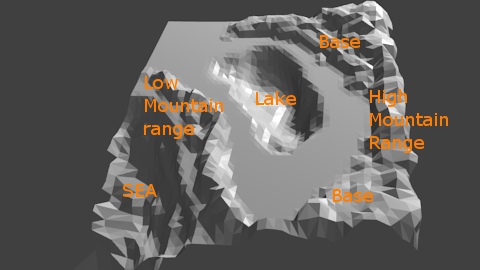 Pirate___man, thank you for your help.

I notes, there is a one problem. I replaced the helicopter game with BGE_AirRace game project some time ago.

i Know how big its supposed to be. Thats not the finished project. Thats just the “Sketch” if you will of what this terrain is going to look like. are you fine with that mountainy terrain with two lakes?

Please, see the attached sketch for the terrain making. Just to give a principle idea.

I’m sorry to cause to you a un-necessary work. 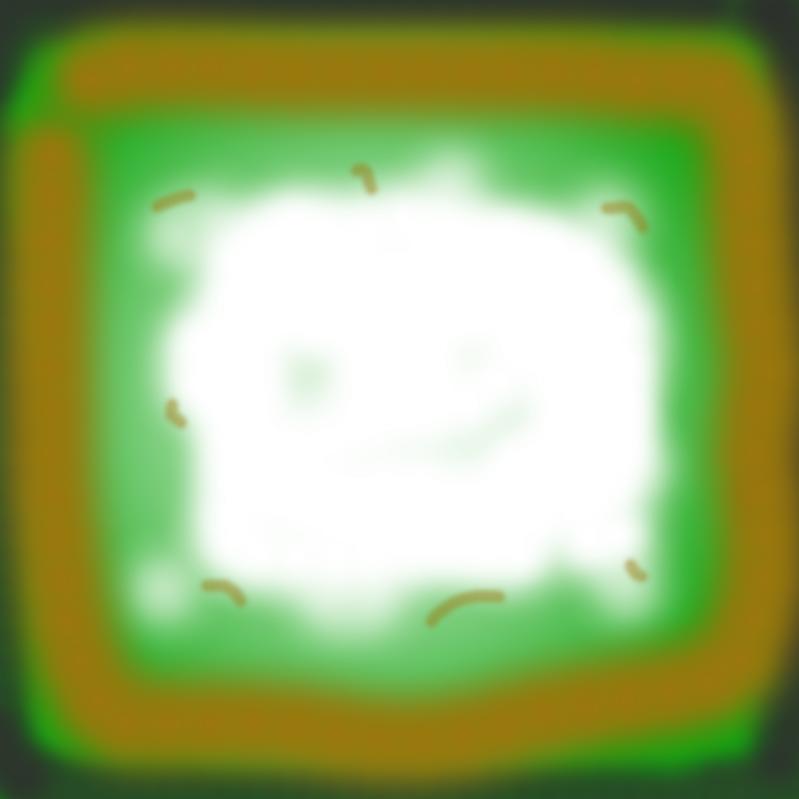 You do realize that 6200 BU by 6200 BU you can’t even zoom out far enough to see the whole mesh. so how are you supposed o model it if you can only see half the mesh?

I’m not a specialist with BGE at all, but I use maximum camera drawing distance and it works.