I’d like to receive some feedback about my last work… 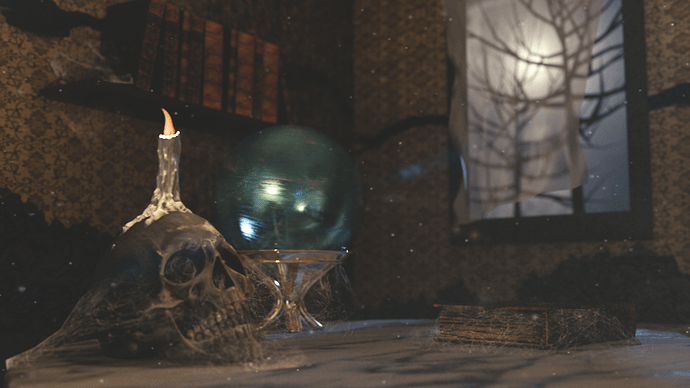 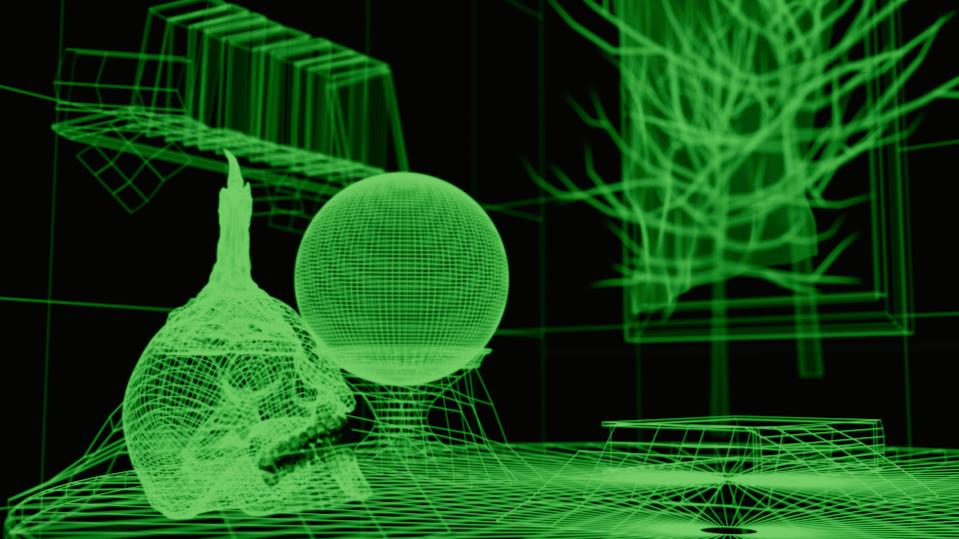 Cool, did you model the skull ?

Here are my ideas of improvement :

(blue at the base, super bright yellow in the middle, more saturated orange at the top, some glow and the way yours is curved doesn’t look right)

For the moment that’s all I’ve got.

For the moment that’s all I’ve got.

Witches have familiars - as per many legends and not "Harry Potter. They’re not just cats. Bats, dogs, insects, etc. And they’re not always black, in some areas of Europe / UK a white cat is considered evil not a black cat for example. A spider can easily be the witch’s “familiar” - or pet.

Skull - good suggestion though it depends on the aspect of “witch”. People as simple as herb doctors, who are not real witches, were oftentimes called witches in certain parts of Europe.

I agree with the candle, etc. However, for a basic setup this isn’t bad.

Thanks for the feedback guys, I’ll make it better, skull and books are public domain downloaded from blendswap…

My critique is based more on the final brightness/contrast. It looks like the contrast is pretty low, but I can understand if you wanted more of the detail in the dark areas to be visible. It just feels a little off, because it’s a dark room, but it’s like the contrast was lowered manually.

A spider can easily be the witch’s “familiar” - or pet.

That’s a good point, I didn’t think of that. But I think there’s a reason why I didn’t.

Spider webs are quite long to make. So this would mean the witch doesn’t move her stuff around, which is strange, especially for a book on a table.
Maybe putting spider webs on more still places would be better.

And how about showing the spider ? On the skull for example. That would add some life.

Hey,
I can’t find the same skull on Blendswap. Could you give me a link ?
Thanks

Spider webs are quite long to make.

thats not right. a spider can make a web fast. otherwise it wouldn´t have enough to eat when bigger animals destroy there web often. spider also eat their own webs to save energy getting the substances.

@topic the picture looks nice. a little too foggy for me and the candle was mentioned before but i like the web. and i don ´t move my skull often either.

It looks decent enough, and I like the cobweb effect. But what doesn’t work for me is the complete lack of depth in the window frame. Right now it looks more like a mirror. It should have the depth of a wall plus two planks.