Just though id create this post, many people ask configurations of rigs and pic posts and stuff but i dont think one of these actually existed, its fairly much a Bio thread so people actually know what people on this forum look like and where they are from, if you guys think its a stupid idea just lock it or something but here it goes anyways

Bio, I came to the states when iwas like 11 years old and streight to brooklyn. There i went to school and soon became one of those steriotipical students that constantly got in trouble for the stupidest reasons. I was son after sent to a detention center school at which one of the instructors introdused me to blender, that was over 3 years ago and ever since i was hooked. I took my GED to get out of High school as i thought school was to lame to just finish and i was old enough to get out (i just turned 17 when i got out). Thankfully i had high enough GED scores to get into New York City Institute of Technology for a year and then i desided to join the United States Navy as i thought that my life was a little to dull and i needed something to do with myself. The idea came hard to join the military as i had to leave everything ebhind, my girlffriend (whos thankfully still with me eventhou im on deployment) my property (cars apartment and such) and all my friends. I work out of Norfolk Virginia and am Stationed on the USS SAN ANTONIO LPD 17, which is a Gator Vessel (marine transport vesel, the newest type of ship the navy has that can fit tanks and stuff into its belly (this thing is frikin big bad and ugly)) and now we have been deployed to the middle east for a 7 month deploment which is thankfully 2 months over with, Ive been in the Navy for a year now and have had an awesome experianse that no one else in the navy had the fortune to have. I was staioned at the US Navy Ceremonial Guard in Washington DC, then moved to DDG 58 USS LABOON and now im here all within a year which is kinda cool as it let me see several aspects of the millitary service.

anywho, thats just a tad bit about me if anyone is interasted in reading and responding you are more then welcome to, i jnust thought this would be a great idea so people can share their stories with each other if they wanted to see what backrounds people that use blender come from.

and heres a pic of me 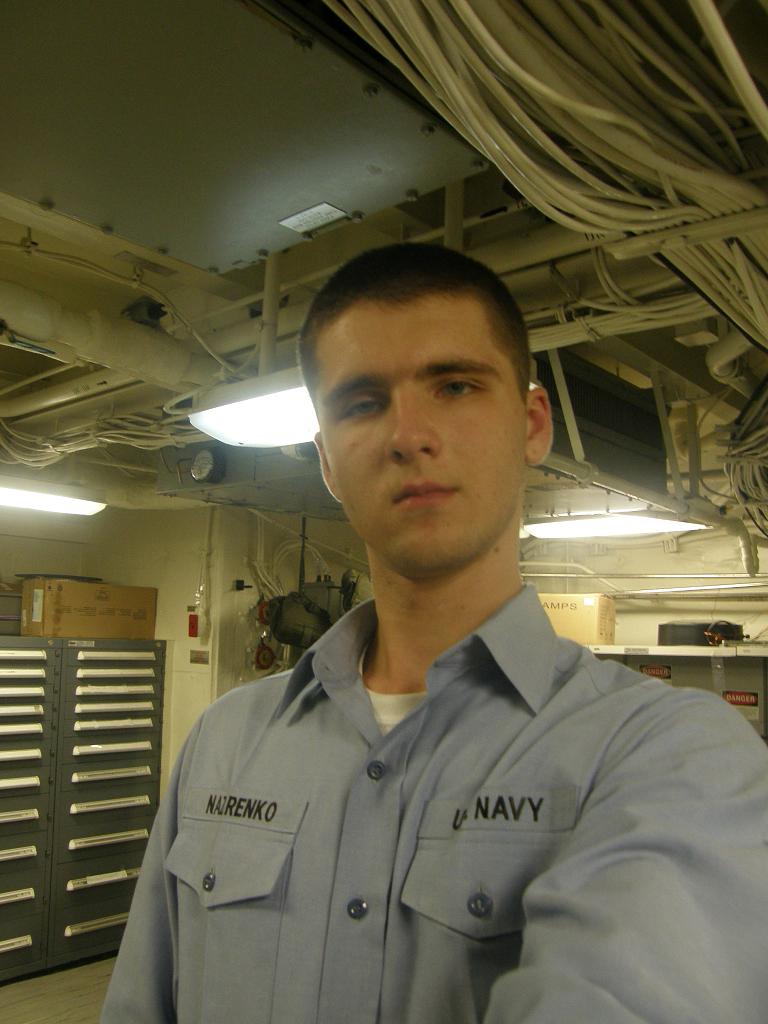 Bio, I came to the states when i was like 11 years old and straight to Brooklyn. There i went to school and soon became one of those stereotypical students that constantly got in trouble for the stupidest reasons. I was soon after sent to a detention center school at which one of the instructors introduced me to blender,…

WOW, Amazing story “vitaliy”!
Was everyone introduced to blender or did it depend how “bad” one was? Maybe Canada’s education system should adapt to that too: “Listen kid, you pull that one again and you’ll be blending for the next six months!” I imagine that would teach 'em … LOL

P.S. Brave of you to post your story! If you can rig the ship to stop by the Vancouver harbor on the way home, I’ll buy you a beer … or two

Vitaliy, that name sounds familiar. Wasn’t you the guy who joined the Navy last year. Sounds like you learned a lot from life since.

<content removed by moderator. Please stick to the topic of the thread.>

lol its definately a bad idea to find out blender the way i did, eventhou it did help me out a tad bit and made me some money as i have made comercial work using it.

as for the brave for sharing the story part its not brave at all, i just wanted to see what type of backrounds people come from that use blender and see how it relates to their creations and such.
sorry to say we wont be enar canada anytime soon lol but a beer sure does sound great right now, yhavent had one since we were in turkey in the middle of september… we were in dubai but we really didnt drink alcohol so i gota wait till we pull into bahrain… lol

Yes i was the guy that joined the navy last year lol, and yes my life kinda hit the fast forward button ever since i joined the nayv, got to see a lot within the last year.

as for Ukraine, i really dont want to think about it as i really dont live there but i seriously need to look into its situation as i have family there and property that needs to be taken care of… I really keep an eye on Russia thou as i lived there as well and most of my family is there.

ManDingo keep your anti-Isreali claims to the proper conspiracy forums, thanks.

So how did training go as a marine? Any grueling obstacle courses and excersizes?

lol its definately a bad idea to find out blender the way i did, eventhou it did help me out a tad bit and made me some money as i have made commercial work using it.

as for the brave for sharing the story part its not brave at all, i just wanted to see what type of backgrounds people come from that use blender and see how it relates to their creations and such.
sorry to say we wont be near Canada anytime soon lol but a beer sure does sound great right now, yhavent had one since we were in turkey in the middle of September… we were in Dubai but we really didn’t drink alcohol so i gotta wait till we pull into Bahrain… lol

I suppose we all have a story how we came to blender. Sometime in 1998 or 1999 I’ve downloaded blender 1.8 because I’ve seen an image that pictured small railroad tracks going into a mine shaft tunnel kind of thing. I still remember opening blender, my first 3D app ever and looking for the “make rail” button. Previous to that, I had only worked with audio recording software in a recording studio and knew nothing else. Started in the Atari days and with electronic keyboards.
It took a while to get the hang of blender and once i’ve managed to model chicks, I bragged to my friend Martin about this amazing modeling software. His response was that I got talent and I needed to move on to Maya (2.5) which he coincidentally, and to my surprise, happened to have a copy of.
Stayed in Maya land, upgraded my computer to a dual PIII 500 with a whopping 512 MEG of RAM. I can’t recall why but somehow i switched to 3dsmax (version 4) and used that until version 6? After that, I got hooked on Cinema 4D which happened to be included in an 3D World magazine. MAXON released version 6 for free as they introduced version 8 and the first version I bought from MAXON was an educational license for v9 with an upgrade to 9.5
Once more I’ve upgraded to v10 but then things got ugly. Version 10 had a cumbersome interface, was very unstable and to me, a waste of money. While everyone else praised it highly, I didn’t get it (and still don’t). Every time I read an interface argument on here, I can’t help to think that it could be worse.
Anyway, after the fallout with MAXON, I’ve taken a closer look at blender and was amazed at how many features were added and/or improved. When I left blender, there was no undo and no ray tracing and some nasty defenders on Elysiun.org stating very prominently “why” we don’t need those features.
My main tool for 3D content design now is blender and I have been using it for that past two years without any “detours”

The other day I have an inquiry about teaching C4D but couldn’t make up my mind if I want to do that again. It took me a long time to make the switch to blender and i still have a lot to learn. There are so many features that I don’t know how to use but i’m good at improvising (most musicians are i suppose) and so i can get away with a few things.
If i can learn the game engine better, I see no reason to ever use another package as blender pretty much has/does everything i need to do … and then some.

Well, that’s my story.
And now to the best part! Those all all for you … and the boys. No need to wait, there are plenty more where those come from 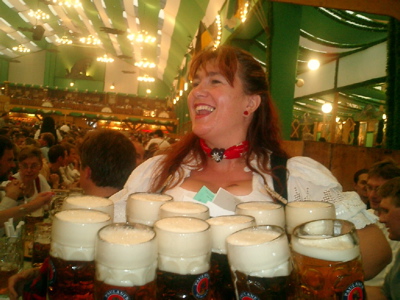 So in other words they tell you what to think.

Where did I hear this kind of trash before…? Oh yeah, preceding the Holocaust.

BTW, you need to check your facts. RadaTV, UT-1 and UTR are government-run; Tisa-1 is partially owned by the government. Kanal 5 is owned by some Porochenko dude. The UA Inter media group that owns 61% percent of independent television in Ukraine, including highest-rating station Inter, is also majorly the property of a Valeriy Khoroshkovskyi, who is also tied with the government. Looks more like an oligarchy than the Protocols of Zion.

Draw your own conclusions. While you do, though, keep in mind that after the XX century, we’ve had more than enough with the whole antisemitism thing. Thank you.

Kanal 5 is owned by some Porochenko dude.

Wow - I remember when you mentioned that you was joining the navy.

Well here’s the chance for you to go defensive - heard the Navy guys can guzzle their drinks, but the training is no way as physcially tough as the army, although your physical requirements are similar, and you also claim to be more “intelligent”.

Also are you intending to get an anchor and chain tattoo ?

Bleh, I should have put that in my post, as he’s meant to be the representative example but I obviously didn’t.

Thanks for sharing ur story and as i siad, i wouldnt mind having one of those beers right about now… hot as hell and a cold one could do no harm.
’
@bigbad and Cyborg Dragon

can you plz not turn this into a resial debate and get this thread locked, there is no point or reason to bash religion in this thread.

Lol i went through two bootcamps, one for the navy and one for the Ceremonial Guard in whcih i unfortunately didnt succed due to me ripping a muscle from the physical strain in my right shoulder as far as the training goes, out main mission as the navy is to maintain equipment and know how to do our jobs and not to just be meat shields that can fire a gun. the navy can be compared to a 6-4 job wher i can go home every day to see my family (eventou i work out of virginia and live in NY) and do what ever iplease as the army and the USMC cant do that. The navy is more of a “trade” millitary service where you have an actual job. (yes yes yes u can bash me on this but u know its true) For example im an Electrician on the ship, but my secondary job is Aircraft (Helicopter) Crash and Salavage team, meaning im there on the flight deck every time something lands to chock it down and make sure it doesnt blow up.

surely there has to be some one else who is interated in sharing their story with the world?