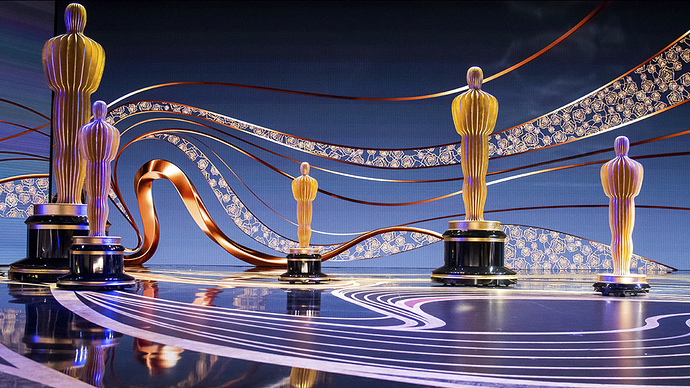 I realize there are more impressive uses of Blender and EEVEE, but I wanted to share a practical real world appearance that EEVEE made on the Oscars this year.

Blender and EEVEE were used to create the gold twisted sculpture that appears on the back screen. The gold flower mesh was added in after effects but obviously could have been done in Blender - it was just done in AE due to the development process.

Ironically, we actually created statues that look just like the statues seen here on the real world stage, but they were not used in the show.

(Background: My company Allucinari creates video for stage screens for shows like the Oscars, the Emmys, the Grammys, and many more. This project was created by myself, Mark D. Allen, with Davide Trindelli in association with Raj Kapoor Productions.)

An isolated view of the sculpture.

Awesome! Blender on the big stage!
Would have been cool to sneak in a few pixel high “powered by Blender” easter egg

Kidding of course.
Thanks for sharing!

Too bad the Oscars have a reputation for politically/socially-charged speeches given by the award winners, but it doesn’t have any impact on how this image is an example of how rapidly Eevee is being taken up for commercial work.

The setup for an awesome image may be more complex than Cycles, but it can produce amazing stuff once you know how to work with probes and screen-space effects. The image itself is amazing. 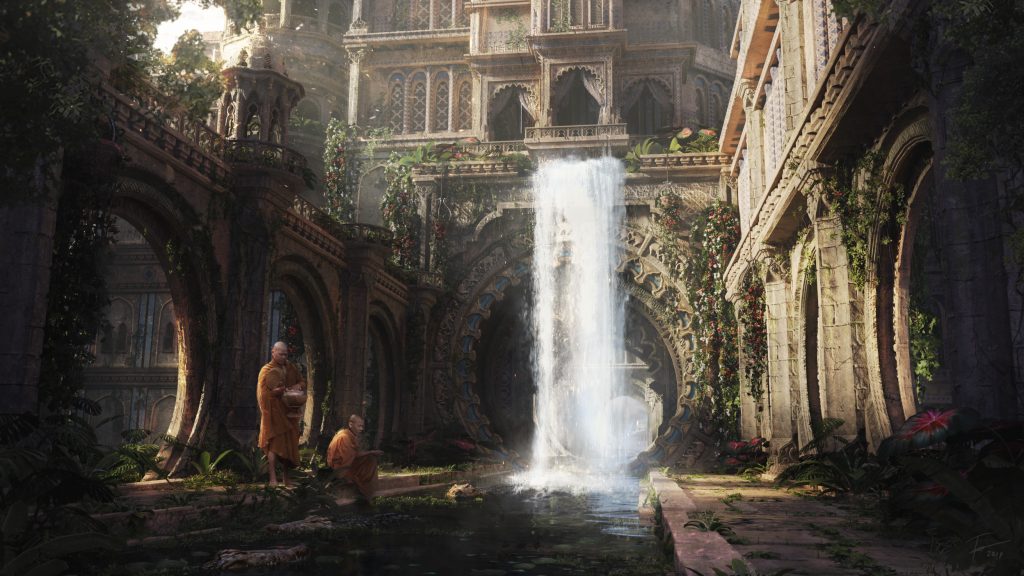 Every week, hundreds of artists share their work on the Blender Artists forum. I'm putting some of the best work in the spotlight in a weekly post here on BlenderNation. Garden of the sleeping beast The birthday Dancing Pig Artist’s tools Baroque...

Anyone who is now saying, "Blender hasn’t arrived," needs to stop saying it now.

I love seeing blender used more and more in the industry. It’s fantastic

Impressive! I like the abstract, almost surreal aesthetic of the award here. It’s good to see EEVEE being used in production already, considering the Beta status. I expect to see this type of integration with pipelines all the time once the beta is over, because it’s going to be a game changer for a lot of motion graphics studios out there for sure. There’s just not many render engines out there that can do all the things EEVEE can do without full path tracing and long render time. Marmoset maybe, but even that falls short when you consider the node based material structure available to EEVEE.

Just out of curiosity, what were the render resolutions required for the screens?

Stage screens are not standard sizes. This stage was roughly 3500 x 1238 total.