My character walk animation (from another tutorial) showed slippage when combined with a forward movement action I was using. I found another tutorial that showed how to fix that issue (among other things). https://www.youtube.com/watch?v=MuMbb35exXA&google_comment_id=z130zbmgnprhxjubk04cdnu5luzgxxwinpg0k I got through setting up the forward movement of the character’s master control bone along the y axis using a plane. But when I attempted to follow the next step (17:38 in the tutorial), the forward location movement in the Graph Editor shows on the Z axis instead of the Y axis. And I was unable to follow the ensuing steps from the tutorial using the z-axis channel. Can someone tell me why my forward movement action is not shown on the Y axis like in the tutorial? 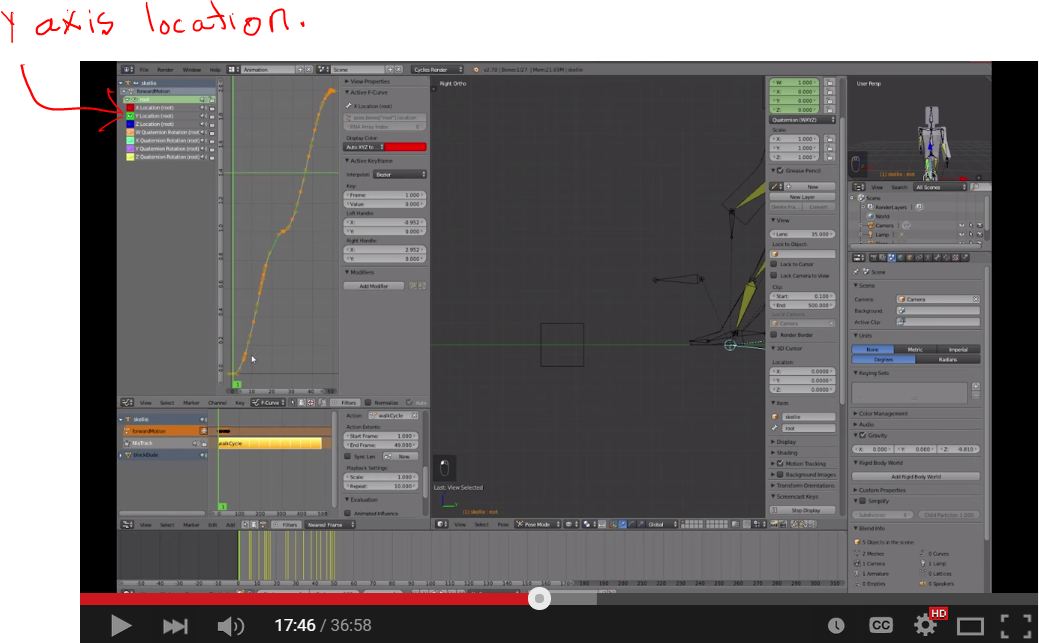 This is what I get in the Graph Editor: 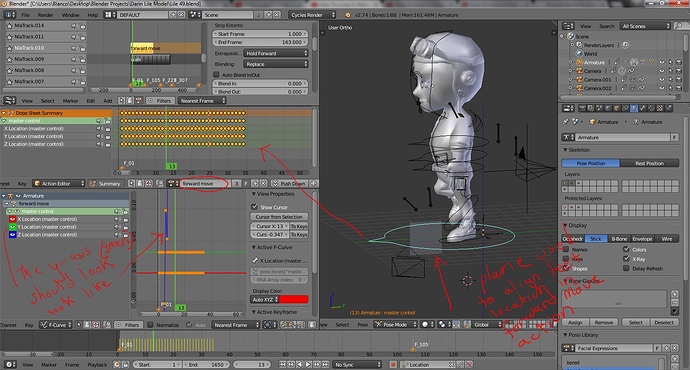