“Lumiere” (for light, in french) is an interactive lighting add-on, allowing you to control your lights directly in the 3d viewport based on the reflection from the view angle or the normal of the object. All the nodes are created automatically for you, so you can control you light directly in the panel.

Here is a little video i’ve done testing this version with subtitles: 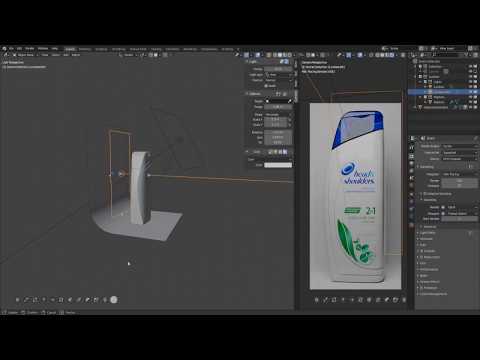 here is the direct link : Interactive Lighting for Blender. Contribute to clarkx/Lumiere-V0.4 development by creating an account on GitHub.

Thank you for your comments.
C.

Good stuff, clarkx. Thanks for sharing with us! Will come in handy

Amazing add-on @clarkx!
Congratulations and thanks a lot to share with us this useful tool.
Spirou4D

Great work & Thanks for sharing.

was waiting for, since i first saw it.

I thought I’d give it a go, more out of curiosity, not expecting to prefer it instead of my normal lighting workflow, where familiarity equals speed and efficiency. Boy was I wrong! In a few minutes of using it, I can see this becoming my standard way of setting up lights in Blender.
The interaction is very well thought out and easy to learn.

Great! Especially for studio lighting setups. Just saaw modo’s ‘slik’ addon (http://www.thefoundry.co.uk/products/modo/kits/slik-2-for-modo/) and wished there would be something like that for blender and here it is!

Is it possible to change the nodes to work with other engines? That would be fairly useful.

This is amazing! Really, really great! I’m usually lazy and sometimes rely to much on HDRs. I guess with this one I’ll find lighting a little more fun and will try to do my own setups

Thx a lot for sharing it!

Wow!!! you just blew my mind!! Great work clarx, and thanks some much for sharing it with the community:)

The keys are hardcoded for the moment, a keymap will be in the next version. If you want to change your script, look at the line 1013 ==> if (event.alt) and self.doPick and change “event.alt” with your key.
Yes, I can change the direction of the mouse.
Thanks for your comments, VertexPainter !

Is it possible to change the nodes to work with other engines? That would be fairly useful.

Well, sure it could be done, but that will be out of my scope.

Thanks to all of you for your kind words !
C.

Hey,
I almost sure that im doing something wrong opening this script, but what?

This looks pretty cool. I’ll have to try it out when i have time.
Thank you!

Some things are wrong with how scale/intensity/distance/etc. are calculated during the mouse move modal. It doesn’t take continuous grab into account, and tiny mouse movements equal huge changes in values. I’d also highly recommend not using Shift by itself as an operator, as it goes against the Blender standard of “Shift = fine tweak”. Also, moving the mouse in one direction, and then the equivalent in the opposite direction doesn’t always have an equal effect.

Utility empties hang around after getting rid of lamps. Not sure of a nice way to work around this, but it would be a nice feature to have them automatically taken care of.

After deleting lamps, adding additional lamps doesn’t work properly. They just get added at the world origin. Not sure if this is known or not. This also seems to be related to the emtpy objects.

@m9105826 : Thanks for your suggestion. You are totally wright, the main purpose of this addon, was to use the widget from Julian Eisel (https://code.blender.org/2015/09/the-custom-manipulator-project-widget-project/). But it take longer than i though in the first place. So i had to make a choice…

I will take a look at the continuous grab, thanks for the suggestion.

The mouse movements does not take the zoom factor into account for the moment. This is why you can have some weird effect. I will take care of this in the next version, and I will add a keymap in the preferences too, so you will be able to change the shift key.

To get rid of the light and the empty, you have to use the “Remove Light” button after having selected your light.

I have no problem to add another lamp after deleted one. Could you make a simple scene where the problem occurs ?

I didn’t even see the remove light option, should clear up most of the second half of my original post. Thanks for pointing it out!

is it possible when I select the name or the sub-panel of Lumiere light, the light is actived?

Here is the changelog :

@Oyster, I will look into this.

Thanks for your comments and your suggestions.
C.