hey everyone. I just decided to experiment with SSS, halos and lighting. Then I felt it was a very nice render and decided to pust something extra in it, like, to make it feel a little eerie and mysterious. tell me what you think
Blender internal. 22 minute render. 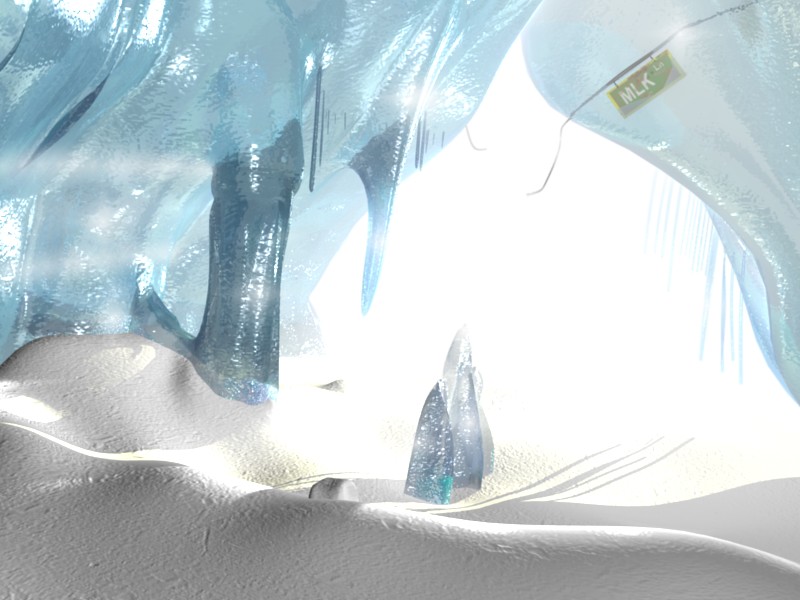 The snow could use the appearence of small crystals and needs a little work.
Also, the entrance is too white to give it an eerie look, and I fail to see the lightning.

You could also try AO.

everything in the picture is supposed to look like a normal Ice cave except for the road sign encased in the ice. The road sign is the only thing that I want to change the mood. What is lightning? I was referring to “lighting” like, hemis and stuff. I do agree that the ice needs more crystal appearance. Ill update it soon.

Oh, I thought you said lightning.:o

Still, the entrance is way too washed out for my tastes

A little reminiscent of the film “The Day After Tomorrow”…

If that was your intent, then perhaps a bit more detritus from a wrecked civilization might be in order…

As to the light being too bright, I would have thought, that leaving a dimly lit ice cave, into bright sunlight reflecting off snow, would probably be similar to this…IMHO

I love the way the ice looks. It for some reason reminds
me of old stop animation shows like Gumby. Good times.