Following a discussion in the comment section of this tutorial video:

I recreated the geometry node setup with a modification such that the “fireflies” are aligned to their movement vector: 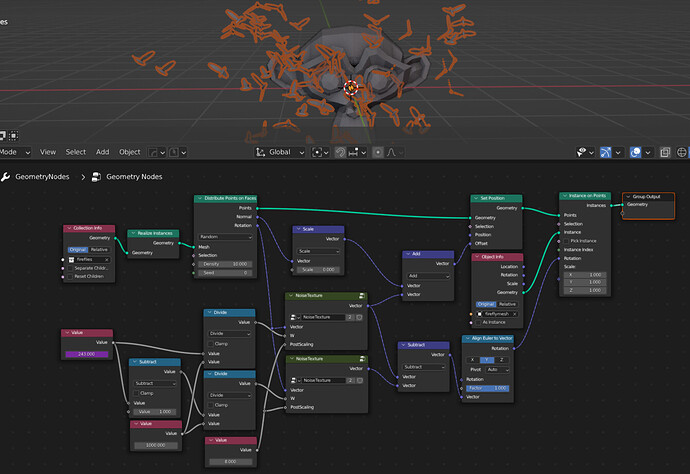 The idea is to compute the difference in positions from one frame to the next and use the “Align to Euler” node to set the position.

What DIDN’T work was to use the “position” node as input to the noise texture, presumably the two groups received a different value for some reason.