True that bud, I’m curious what people are going to be working on from this point onwards every new project all the noobs and newbies coming in.

That’s what makes me so happy, UPBGE needs more games

yeah man Im also just as inspired by all these works here, precisely the exact reason for this thread on the forums!!!

to revisit & to re-acknowledge all works done on UPBGE/ BGE…

On its WAY Soon! 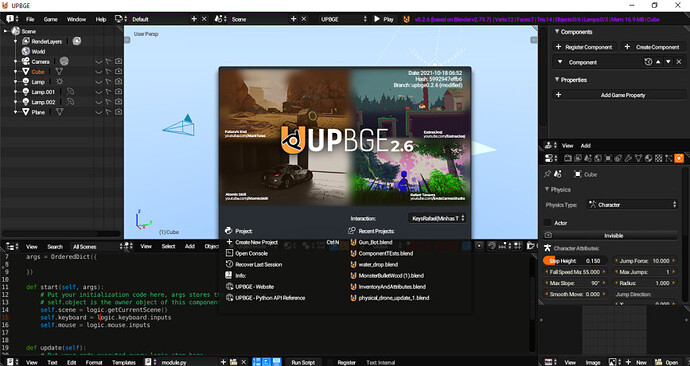 Wow - Mr. Fred K.S this UPBGE based on Blender 2.79? is it serious? tell me what kind of updates happened there - just very curious

, the interface is similar to what is in blender version 2.8 and higher - fine

it’s an update to upbge from 2.79, i can’t say all the improvements because i haven’t put it down on paper, clearly after the release i’ll take note

yes i know, just curios what updates happened there, maybe this new nodes or somebody all

you can check here 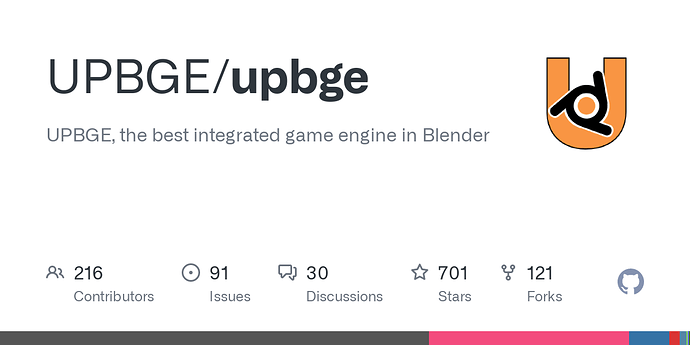 UPBGE, the best integrated game engine in Blender. Contribute to UPBGE/upbge development by creating an account on GitHub.

Nice work on the upcoming @rafael13 Thanks so much for the new comit’s am looking forward to testing it as soon as its out buddy!

Just posted this here for those of us who haven’t seen yet.

Here is the Original Game back on BGE i played!
The Game Plays better TBH, and has the best features Gameplay Wise, visuals are okay for what it is, its BGE so yeah. 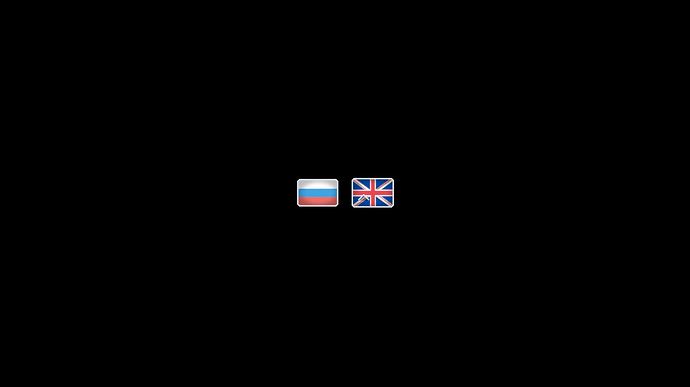 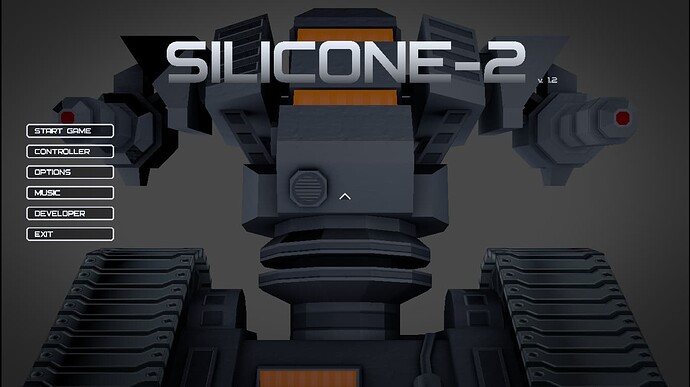 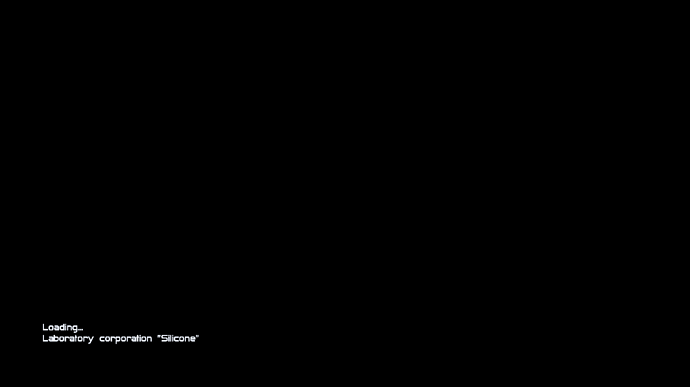 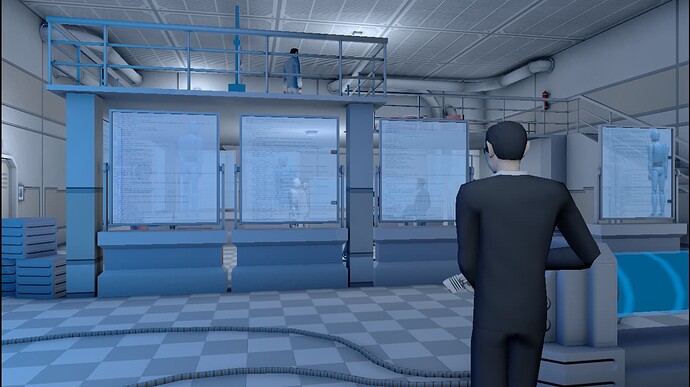 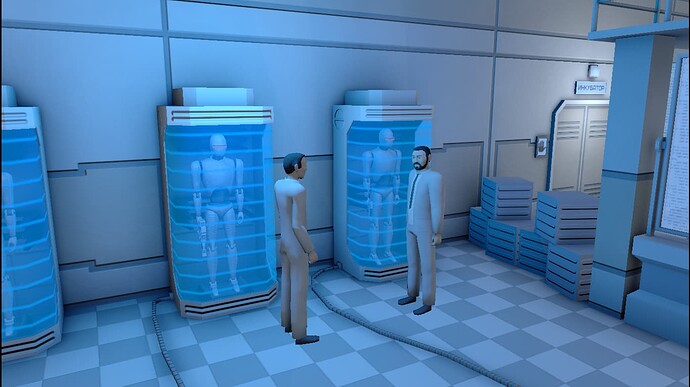 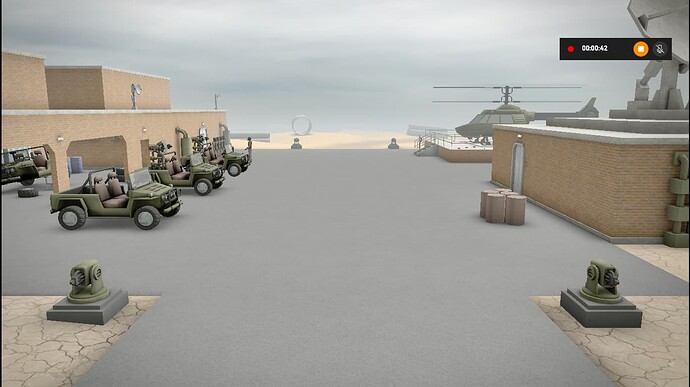 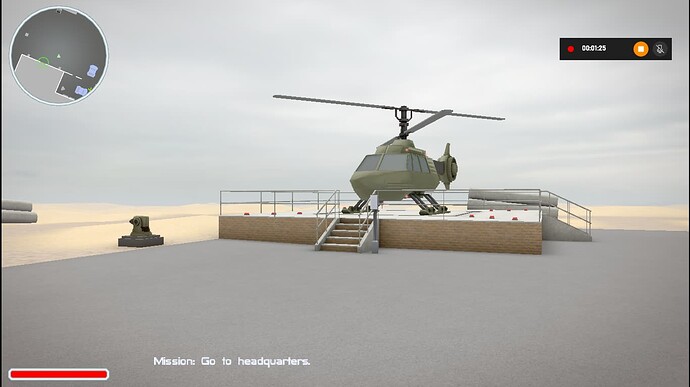 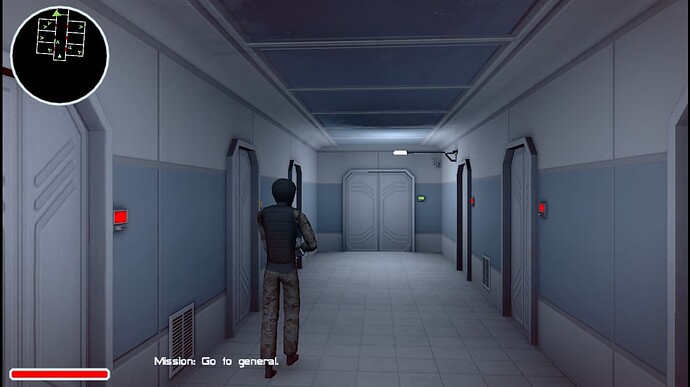 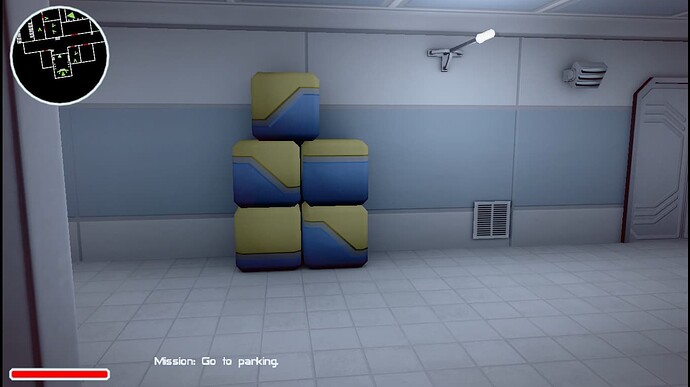 Yeah My favourite build is the Old BGE one nothign surpasses this build for me!
Im hoping he makes a Silicone 3 completely either in a new Engine or in UPBGE.

So i downloaded the steam version Update!

Sadly the performance on GODOT is terrible, the game stutters all the time on my machine, and the lighting isnt the best but so far the game does receive quite good visuals and updated animations and textures, he should call it more of a remaster than an Update!

The New Main Menu sucks badly wooahh, i prefer the old one!


So Yeah These are the days and years of REMAKES and REMASTERS! 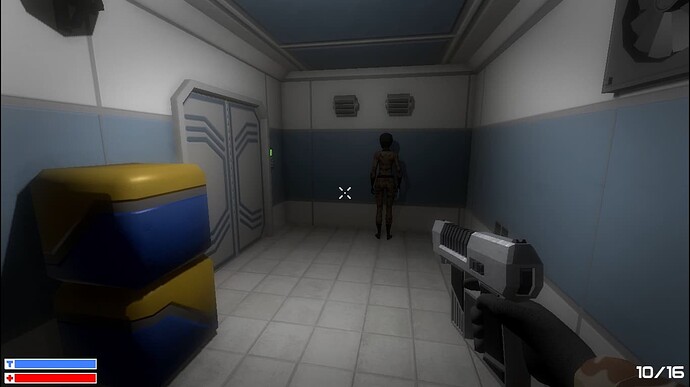 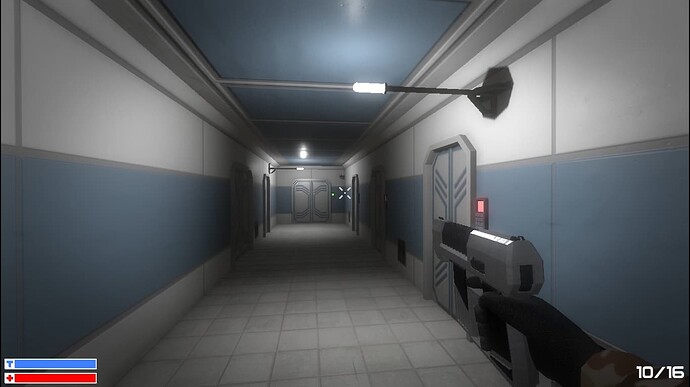 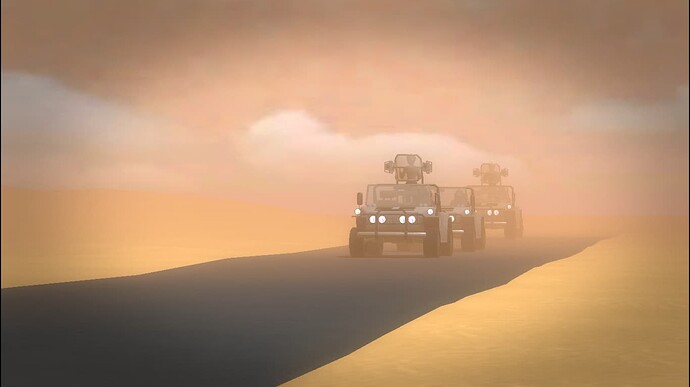 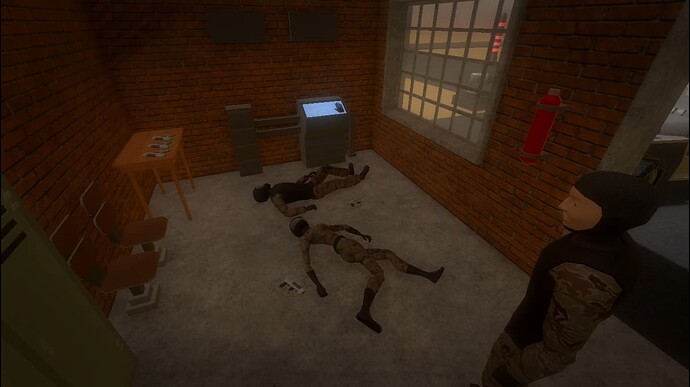 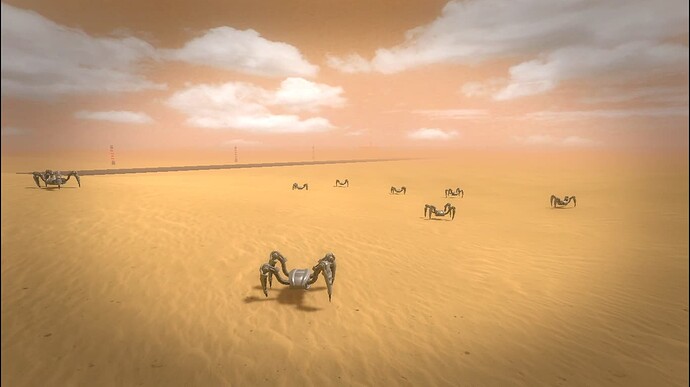 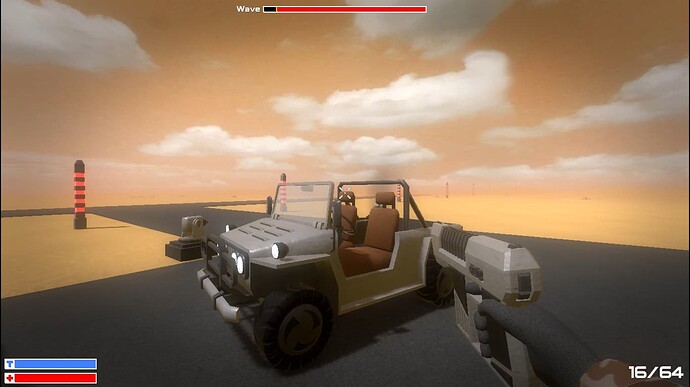 Doesn’t mean that pretty visuals make for the best gameplay experience, i believe that UPBGE by far eclipses the graphics of GODOT! with what we’ve seen in todays games!
All thanks to our Node Editor, as for BGE i cant speak much but in terms of final gameplay elements the BGE version remains the best, unless he properly fixes the Update version.

Silicone 2 Review 2021 - The Update which was made in GODOT dropped earlier this year on steam!

Definitely the BGE build of the game, for me!

GODOT Engine not panacea and not concurrent for BGE/UPBGE

BGE has a legacy left behind UPBGE continues to pursue the dream haha, our only worry is how far it may go as far as its development is concerned!

Yes you right, I hope that in the not too distant future UPBGE will become an excellent engine for independent indie developers, and I hope that someday we will get all the nodes of the graphics from the cycles in real time for our games

That is possible, but the ‘ROADMAP’ is a Long one, the good thing is we get to make nice games for now, the only thing UPBGE needs is more dev’s behind it; We need more commits and ground braking major changers to the API and also source code basically new devs who can even be paid or hired that use C++ or C to further polish this great unified Game Engine further.
(As for the current devs @lordloki_reloaded and @ youle idk if they would respond well to teamwork, but im sure they wouldn’t mind, I think that right now since there’s no anticipated rush, its more of a peaceful development of the Engine with monthly commits to the REPO each time and a new release once in a while which is good so far.)

but again it’s up to the community to dump endless resources and even create some sort of addons for new comer dev’s to hop in and start making games, only thing that will make this engine well known and popular, is if we make good content and great playable games.

Whether AAA styled, or ambitious like mines or ‘III’ indie works of Art or just solo Tech Demo it all works out and will push on the motivating factor…
(its all a Library of Games that will push this engine’s purpose further whether it should exist or disappear like the BGE.)

Looking back at BGE, a few games managed to still get released and made on BGE even after its departure from official Blender Release! Which has proven that it can still and it is still being used today so anything is possible.

The Future of UPBGE: (Blender 3.0 Debate!)
Seeing the release of Cycles X in the new Blender 3.0 and how they have completely rewritten EEVEE from the ground up since its inception in Blender 2.80+.

The future is looking bright, I just hope that these optimizations carry over and work fundamentally well with the Game Engine, seeing that now the demand is going up & UPBGE dev’s need to properly optimize the engine in a way that it may take less resources.
(We need a tax reduction on the load and also reduce GPU latency issues)

infact, we need more optimization features in our API for UPBGE, idk much abt bpy but im sure that it may require more updates, and also new physics updates too, my most anticipated wait will be the Vulkan implementation, if we can get the ability to completely move over to GPU Skinning and better performance optimizations we could utilize the Vulkan API to make our games run even vaster as the Legacy 2.0x builds do on old gen hardware.
(But idk how switching from Open GL or GLSL 4.0 will work as vulkan and Open GL have 2 different API’s different codes too maybe its just python that’s slowing us down but i know everything can be tweaked and optimized easily for better performance even if we don’t make the switch.)

But I believe that Legacy and The next gen versions of UPBGE need to bridge a gap and continue offering those flexible options for creators and solo devs to make a choice of their own and the type of game they want to make, its much much more flexible for creators that way and this is something UPBGE excels at better than Armory or GODOT.
(I wont trash those engines they do well in their area of expertise, BGE/ UPBGE dominates in the area of unified workflow that’s its strongest point! Because everything is so centralized in 1 place in Blender)

So yeah! The Future is Bright we just need to make more games and release games then more devs can hop on and develop our engine further, i hope the blender foundation finds a way to make use of UPBGE code someday if it gets fully refined

But that would be a joke for its native engine to return so rapidly like that.

Yes, I completely agree with you, the only thing UPBGE lacks so far is processing graphics with high-resolution textures - 2k textures still work, but they already look insufficient against the background of other game engines that calmly process 4k-6k-8k textures, there is also not enough detail for models, I think that the LODs system, as in an unreal engine with collapsing polygons on the model itself during the execution of the game, will help solve such problems and will not need to keep 2-3 models of detail in game scenes, since this is an additional load on the game. Eevee is good, but it is not available to all developers and artists due to technical requirements, I hope that the Ozz animation system that is going to be added to the 0.2.6 build will give us the opportunity to use more animation and armatures of actors in the scene, and if they introduce all nodes from cycles such as volumetric that give volume to objects with a surface displacement node, this will open up new horizons for development, detailed terrain, detailed volumetric clouds, hair details of actors, yes, anything - since the unreal engine for many objects uses voxels - which give the same volume. While beginners do not come to UPBGE or come to it rarely since there are no assets like in unity engine or unreal - beginners want to get a constructor right away - so as not to model but to assemble the game and not just assemble - but immediately assemble GTA in one file without optimization and get stable FPS