Alpha is not transparent in video editing

I am performing some video editing and realized that alpha is not transparent (and I think it should be). The setup is the following:

I have two stripes. One is a video strip and the other is an image sequence strip.

The image secuence is rendered with blender as PNG with transparency (RGBA). If I open them with an editor or a image viewer, they show the alpha channel (as a checker texture or whatever). I mean, there is an alpha channel, as intended. Furthermore, if I open any of the PNGs with Gimp and another photo as two layers, I can perfectly see the photo through the alpha channel.

In blender, the alpha channel is making the video below it BRIGHTER. I have attached an screenshot of a frame and the video editor setup. Note that I have cropped the image over the video, so you can see the difference (specially noticeable at the top of the door behind me).

I would like the alpha channel to be fully transparent and not to interfere with the video at all. How can I do that? 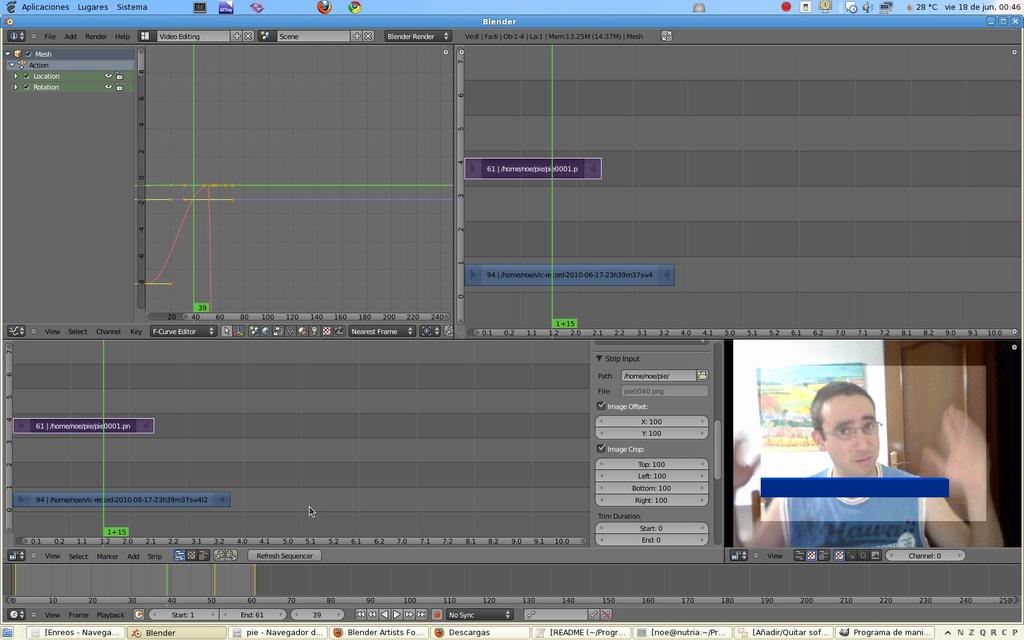 Try using an effect strip between the two instead?

No, there is no “between”. I want BOTH to appear at the SAME TIME. One on top of the other, but I want the alpha of the strip on top not to affect the stript below it.

Make very sure that there are no “world” colors or “sky” colors interfering … creating lighted pixels where you do not expect them to be.

Use a quick compositor-noodle to look at the Alpha channels of your inputs so that you can definitively see what they contain.