So, this is my current project. I’m retopologising female body. But is even looks like a female? When I was sculpting, I’ve watched some proportions from blueprint, but now I’m not sure :/.

Some critiques would be helpful. Note that i do not need ears here. Thanks. 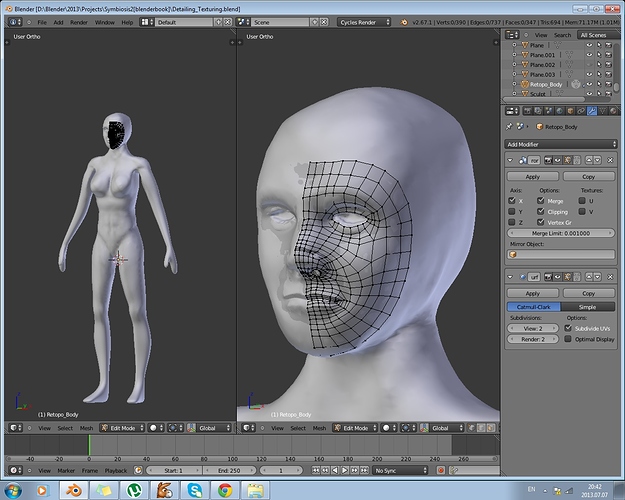 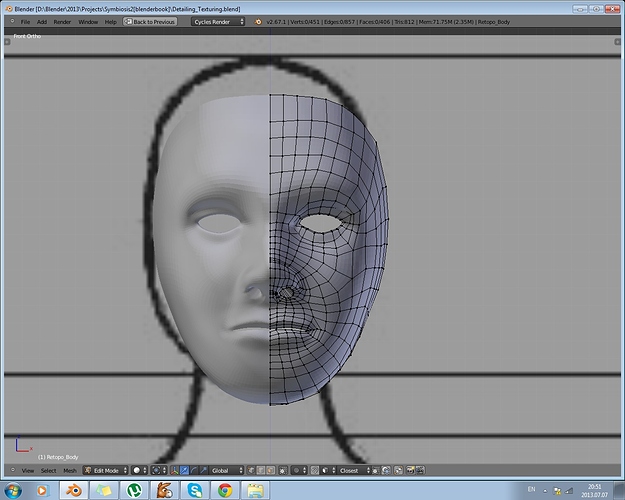 Make the hips a bit wider. Don’t make the shoulders so broad. Make the head a bit more of an oval shape. And define the neck a bit more.

A little update. Retopo is done, now to fix some mistakes. Mainly belly and hands which doesn’t seem very feminine (how it will be when modeled by man example). I’m not sure whether I fixed previous mistakes because I was more concentrated to retopology process. 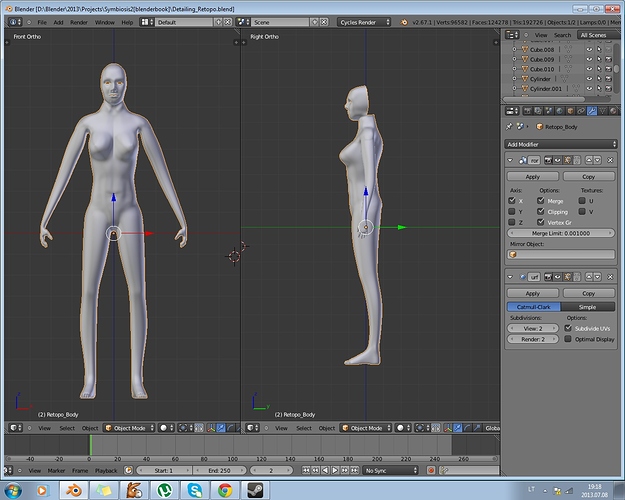 You can do with that, certainly, but females tend to carry excess fat around the hips where males get a beer-gut.

Slight curvature between the hipbone and knee might be called-for but it’s really at this point going to depend more on the costume. Proceed to that.

Sorry to say that, but you are totally out of proportions, the head is too small, and hands are even more, legs are too long and the knee too hight, breasts are too big and too down at their root, no buttocks and so on…
You should really take a reference image again and fix it.

The main issue here is proportions, head and hands are too small
Hips aren’t wide enough and the shoulders are too wide

The feet are… odd looking but I can’t pinpoint the exact issue and one final note, something is fishy with the neck
May I request close up renders of the feet from each side of the foot (four angles in total)and a close up of the neck (front and side)with the face hidden

@sourvinos No need to sorry, crits are welcome, tho I’m uploading my reference. I totally agree about hands, will scale them; Also agree that knee is to high (now noticed), but they aren’t to long (Unless my ref is bad…). I’m also putting entire project and you’ll see that buttocks aren’t needed here. 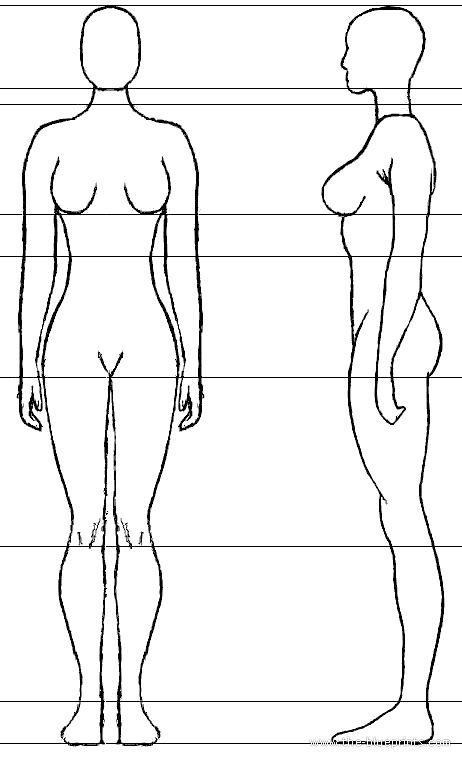 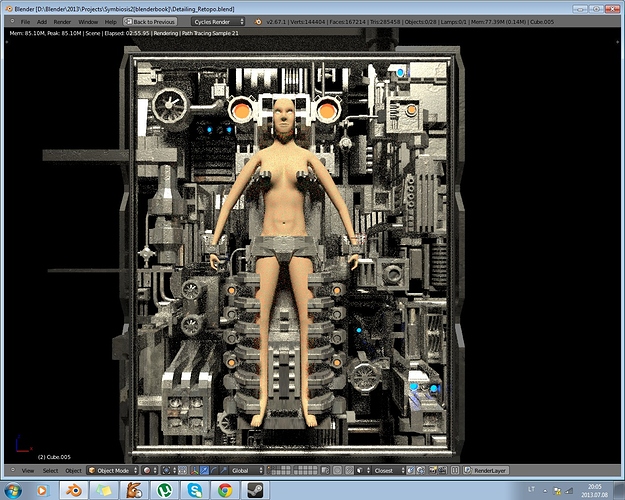 Feet are very odd, They do not have proper topology, it’s a mess, soon will upload wires that you could see what am i talking about :). Now a quick proportion screen. 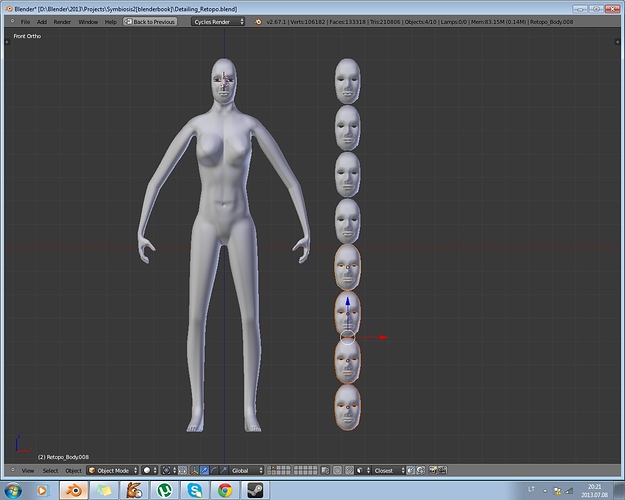 And here are some close ups of feet. 3 views. Should I remodel them? 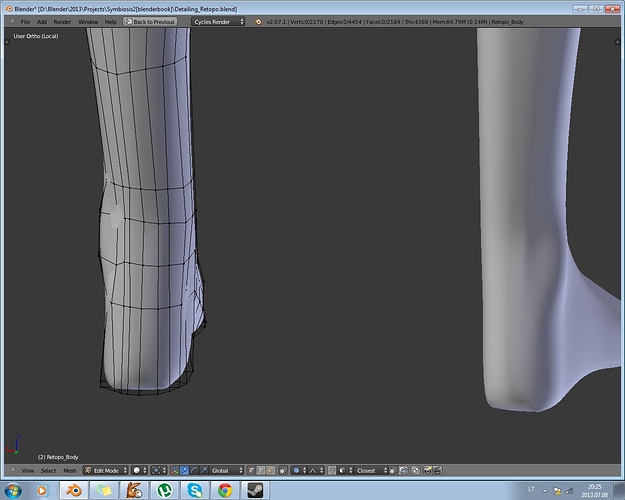 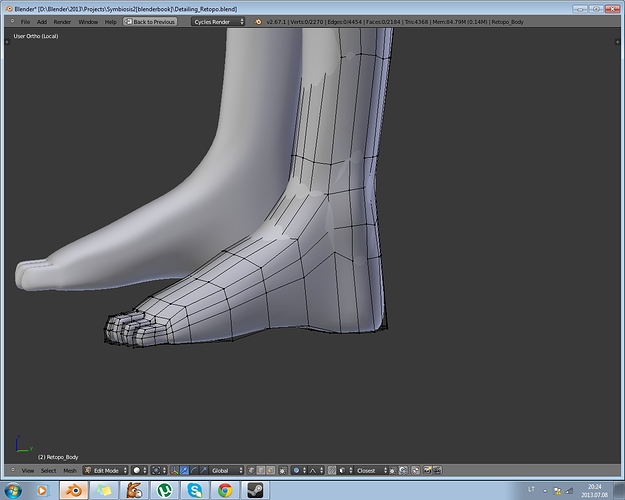 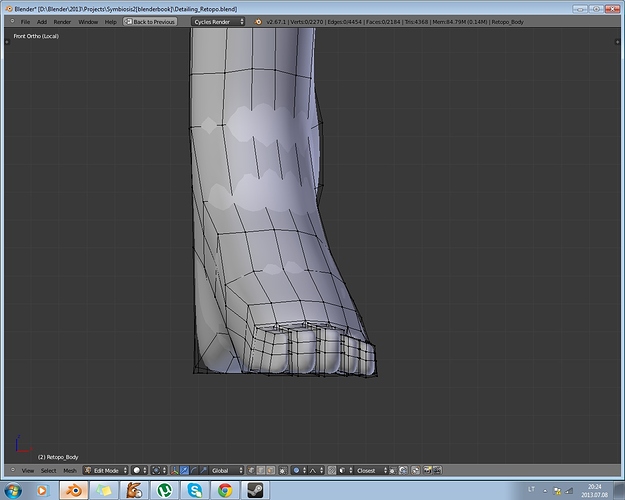 Let me say orux, your reference is not the best, and you made a pretty free usage of it. 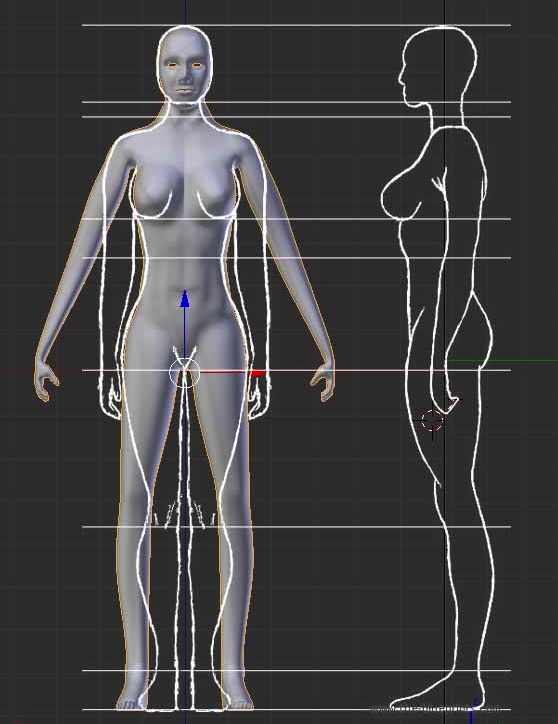 A so rough source needs the support of a bit of anatomy, for instance:

Well, the problem with the feet is that they don’t look anything like feet ^^;
Please do yourself a favor and get either an anatomy book or at least some foot references

Looking at the feet, I’m not the right person for explaining, anyway, you should make your topology to follow the model, not the model to follow your topology, if the edges loops along the shins are ok, this does not mean they will suffice for the foot.
You need to find proper edge loops for the foot, and for toe fingers also, and to manage them join with the shins in the better way, taking also into account how they will be deformed by an armature, if you mean to pose your figure.

And I agree with Cubegod on the importance of a little knowledge of anatomy.

So, I went a step back and tried to sculpt at least initial foot shape. Is it OK? If so, i’m planing to watch the topology overview on blendercookie (damn that series should be on their front page all the time that we wouldn’t forget ;)) 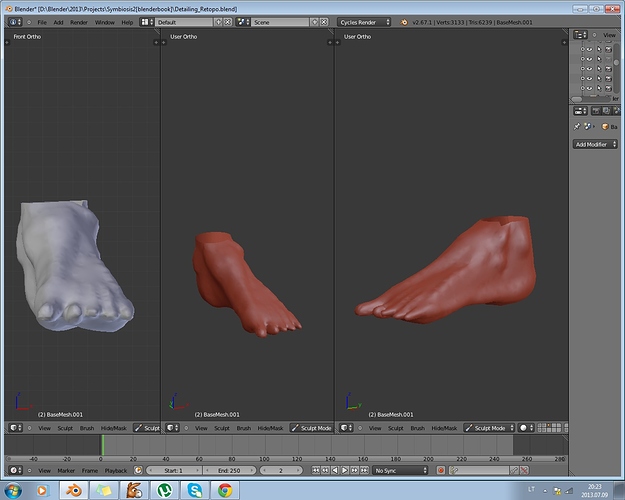 Also, I do not understand when you’re saying that head is too small. Is it overall shape? Or it’s just to short in sides. Sorry for that. 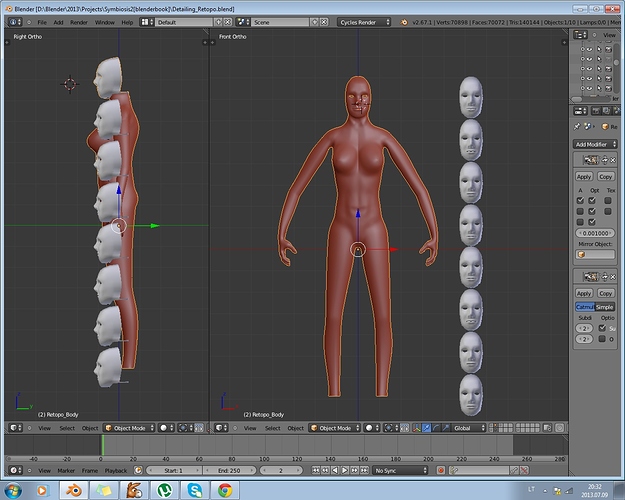 8 high is a hero male measure, women are usually between 6.5 and 7 heads high. with your proportions you will have a hard time to get a feminine look … as sourvino suggested, please get a better reference. best is take fotos of a woman you like in proportions (or google such images), trace the outlines if you need that for modeling… will be much better if you keep close to that then… and, build the big forms first, for example the toes are a secondary form, you can put them later, begin with a boxtype shape to indicate them…

Those toes were added temporarily, I’d add them later and seperately. Now about the reference: http://community.secondlife.com/t5/image/serverpage/image-id/78209iB343EE709A6CBB70/image-size/original?v=mpbl-1&px=-1

Think this should work. Probably I’ll need to remodel everything. Wish me luck then

andrew loomis, yes much better reference, and it indicates bony landmarks too, very important for modeling…
you can use the movetool, in sculpting mode, with a large brush setting, and move the vertices gently into place to follow the drawing. no need to start over again… yes, i wish you good luck

Those feet are much better but not perfect, as for the height I can’t do much more than to agree with doris

Hey Orux, I don’t think you original reference was “that” bad. The issue is you are not following it. I could give you a list of things that are wrong with the model but if you look at the image where the reference was overlaid on your model, it’s pretty obvious what you need to do.

About the new reference image, It’s funny but I really don’t think that’s a good reference either. While I’m sure there are woman out that look like that, I think what you need is a more “Classic” approach to the female form. Just to learn what the main differences are between men and women. In the image you picked, The hips look to narrow and the shoulders are too wide. This is “Classically” thought to be things that make a model look masculine rather than feminine. There are certain clues when you see when looking at the difference between men and women. Not all women have them, but I think it’s important to try and capture those first before you start trying to make women that look more different.

I’m very sorry for the nudity without warning but I have no control over renaming the thread.

I just wanted to add that there’s a potential issue with just using outlines when you’re starting to learn the female form. You don’t see the actual form, just the outline of it. But that doesn’t show enough. You need to see the curvature and how the forms blend into each other. Otherwise, you are only getting a very rough idea of what the forms are.

You can see here what I was talking about with the narrow hips in that illustration: 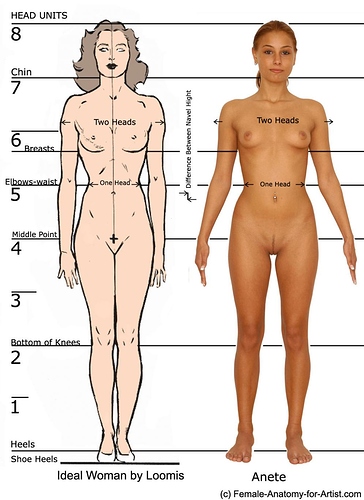 It’s funny, some of the best image I found are actually the 3D models of women. 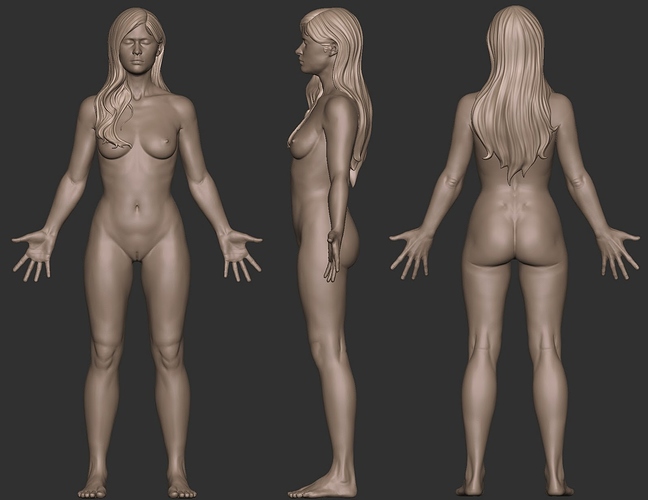 This one is good just for seeing the stylized forums. 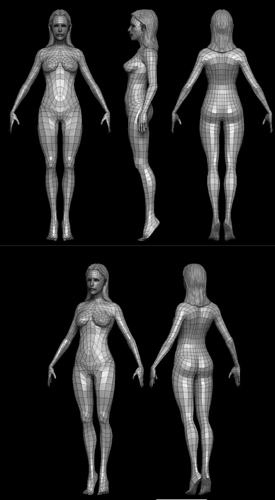