I’m baking an AO pass to use in the texture for these clothes, but I get the same issues every time. I’ve tried various settings but nothing seems to change this problem.

Maybe you guys can help me out.

Here’s an image to show you what I mean: 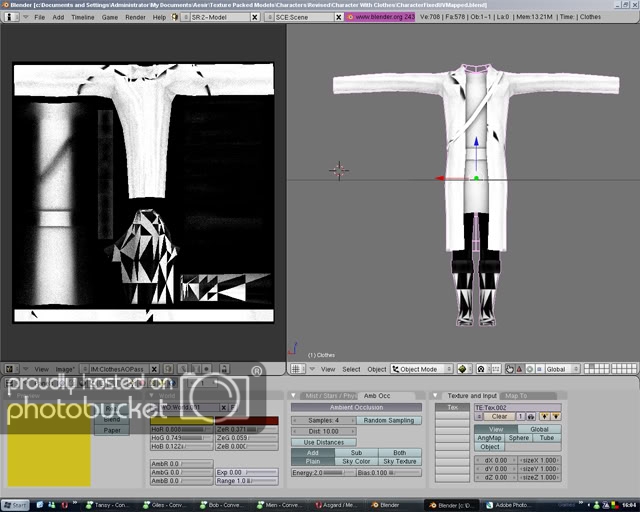 Also, the shoulder belt thing, first it renders the shadow of it on the coat right, and then in the end it changes that part (though only half) so you get the shadow mirrored. That’s because there’s two halves of the same coat over eachother in the UV layout, and it seems to do some shadow on one side, and then some on the other side.

No idea how to fix that, and I’m not going to change my UV layout.

The tunic seems to bake just fine, but the boots are a disaster and the shoulder belt thingy is missing some parts too.

Okay nevermind my problem got solved on another forum.

You can’t bake clean AO maps if you have overlapping parts in your UV layout. It was that simple.