An Intro to my Project - game3 core

This is the revision 3.0 of my project. Its not a game, but more of a game engine kit. Ill further update and explain later on.

The goal of this project is to create an infinitely expandable universe spread across blend files. EDIT: due to size of video files, i may have to resort to youtube.

im in the processes of improving the persistent state system. this will reduce the amount of “restore” operations and more fluidly resume games and world door transitions.

after this is complete, i will post a demo of a 3rd person configuration in the resources. i will also create a simple tutorial on how to setup a map.

sometime i would like to create a first person configuration and even a 2d version later.

im creating a game with this system, which will soon have a WIP thread dedicated to the development of its content. 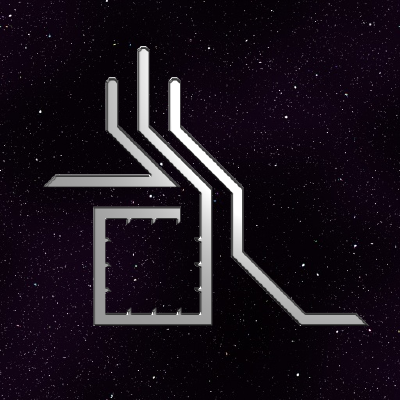 Note: due to a lack of interest, this project is pretty low priority.

So, how does the character switch function work?
Is it a button cycle, click system or trigger based?

Wonderfull template. Please don’t stop development. This is really helpfull for BGE fans and begginers like me. I will be patiently waiting new updates with weapon system. Would be coool if you could realize grab ledge\climb and crouch system. Your template would be great for any platformer game!

the character class has some functions that change player specific attributes. such as setting the code to a passive state or active state.

the object is a basic interactive object class. idle and wait to clicked on, if clicked on, run activate code, then wait for a return to idle command.

a switcher object contains a passive character, but only if that character is not in the scene. else the object terminates.

i have the click action pass the class performing the action into the switcher. then the player is set passive and removed from the controller box. animation code is run to possiblily play a short cutscene with the two characters. finally the new character is parented to the controller box and set active.

in fact, there is a procedural ledge grabber. in demo level 2 (type “open”, enter, “2”, enter), there should be a box to hang to. press space to climb up, C to drop.

im working on a tutorial, now that subtitles can be added.

ive been pondering a crouch mechanic. ill see if i can get it in to the next update.

in fact, there is a procedural ledge grabber. in demo level 2 (type “open”, enter, “2”, enter), there should be a box to hang to. press space to climb up, C to drop.

Cool! I have downladed your template and will try it. Crouch mechanics would be great to avoid some deadly objects or crawl in some low and dangerous caves!

I am happy you made template with Python with clean and well organised structure of scripts, folders, assets. It will be very easy to learn Python with such great template. If you will make tutorial it would be just amazing. We will be waiting complete weapon system and others updates for your template! It’s really great.

uploaded the new code, im working on the assets (Game Data.zip). going add some vehicles, more demo maps, and the stargates from the video.

EDIT:
fixed up the assets and added some tutorial hints to the levels. character switching and vehicle demo coming soon.

I have tryed to launch map in launcher as you showed in video but failed. After i enter "open and then enter index of map 0 or 1 it shows says loading… and then nothing happens map don’t load. I am using blender 2.79.

is there a console error? did unzip the Game Data to the Game folder?

link to a wiki page https://github.com/DaedalusMDW/bge_game-3.0_template/wiki/“Game-Data”-zip-file

fixed link, the wiki title would make browser think its a file to download

is there a console error? did unzip the Game Data to the Game folder? Here is result i get and Python console: 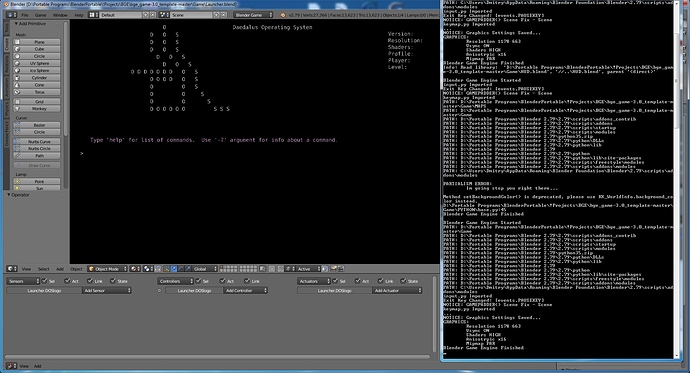 try using 2.78c, and let me know if the same issue occurs. im doing alot of restructuring right to make things easier to use.

from now on, only download from the releases for a stable version; https://github.com/DaedalusMDW/bge_game-3.0_template/releases

i thought this issue was isolated to upbge, but 2.79 must have it too.

the globalDict doesnt get passed between blend files in these versions. thats why you get the “PARTIALISM” error, it thinks you are trying to start the game from a level blend. it doesnt detect any save data so it sends you to the launcher to create it.

EDIT:
tested it with 2.79b and it works. did you unblock the files? (right click, properties, unblock)

video to show the character switching and features

Well i have tried 2.78c. Get same result with that Partialism error

About unblock files I don’t know it seems like i switched off UAC, so when i right click file there is no “unblock” option.

And when i enter “keymap” command in your launcher i get screen without keymaps but only back, save, quit in right upper corner. Consel give me this error: