An RPG game idea ..Scroll down for more pics..

I just got a new idea for an RPG game and a movie, it will be a realistic video game with an animated movie to go along with it, which will have many features.
Basically I learnt cycles about 4 months back, I am good with blender render and logic bricks, but know nothing about python. I know HTML, most of CSS and little bits of jquery, know to set up websites using wordpress and drupal including pretty decent views and some custom theming … So after the game is done, I can make or help make the website as well.
I know how to play guitar, and know lmms you can check out my profile at soundcloud.com/akashyap, so I can handle some parts of the music as well.
Note that I plan to make this a long project , maybe spanning several major versions, and I think we should keep it open source, and earn money by selling the assets …

but we can release ver 0.1 with the basics on sourceforge in a month from now what say ?

It will be a modern game with a choice of going to the fantasy world you decide on the latter. But we could create characters who are in an everyday environment, and researching of technology by mankind led to the creation of wormholes, and so we are able to go to different worlds. And we can make realistic sci-fi environments as well. And we just need to bake our creations and use good logic bricks and python …
I know how to set up an RPG environment with ability to select characters, and load different zones or islands from different blend files as well… I also know how to do walk, run and jump animations for characters. I have makehumans as well whose skin I know a couple but you can add more , we will also need sci fi skins like for crocodilians , apemen , elves , dwarves etc … I know how to make clothes for the humans of which I can contribute at least 10 different dresses in a month from now.

I will post a basic version of the game by next week. Till then you can post if you have some ideas and / or add something to the story.

Now I have the following assets which we can use in the game. Note that all of these are cycles renders and uses just procedural texturing along with modelling and I am thinking that we should use procedural textures , make models for the movie first, then convert them into low poly or make a low poly version and bake the normals and /or cycles textures onto it for a realistic effect.
Eg the burger in the 3rd pic below, has particle system on it for the burger seeds , so we could skip the particles for the game engine and just bake the image and use normals for getting a bumpy look where the seeds are …

EDIT – we can also follow a different strategy by keeping the game and all its assets open source , and earning money by selling different models from which we sell in the game, that way , the models will stay in our game for how much ever time we want //

PS: I am no master in story writing , only thing is I can make semi realistic assets, and know few things about procedural texturing … Ill try to make some sci-fi assets in a while… I cannot do complex meshes yet like human beings, which will take at least 2 months for me to learn perfectly.

Update: I will post a blend file project on sourceforge or some site which i find (suggestions ?) in a week or two. I will share the link here. You can add yourself to the developers list if you want to work on it . Is there a section here at blenderartists.org for projects, where we can upload and manage different files ??? 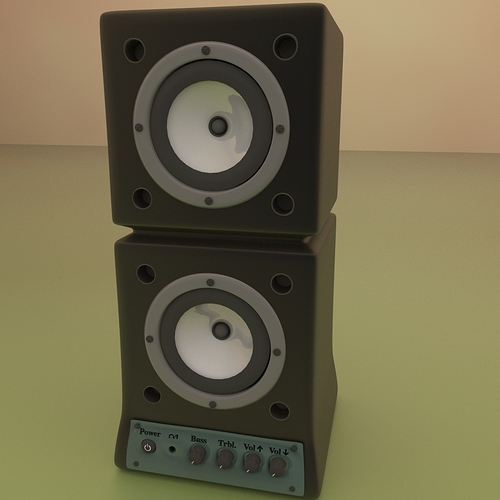 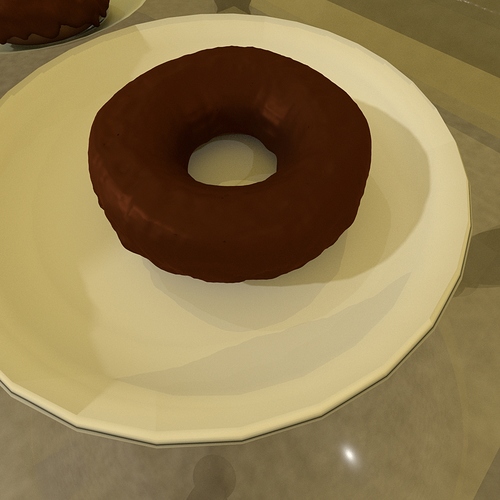 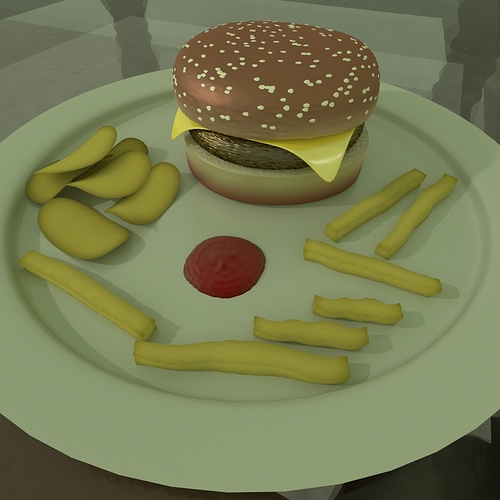 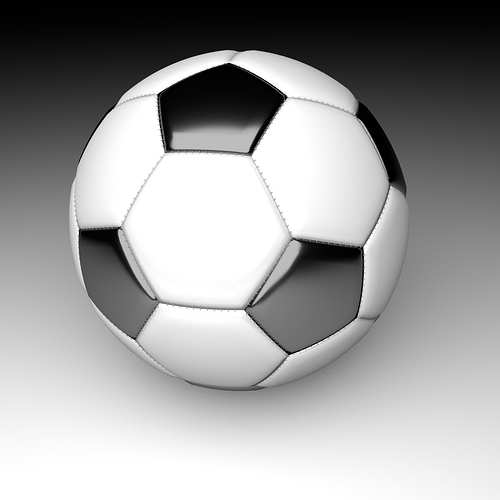 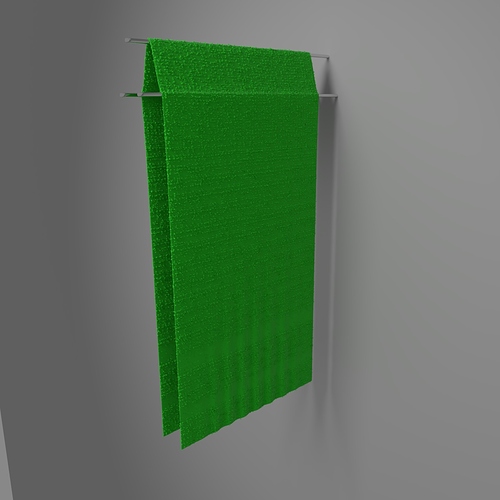 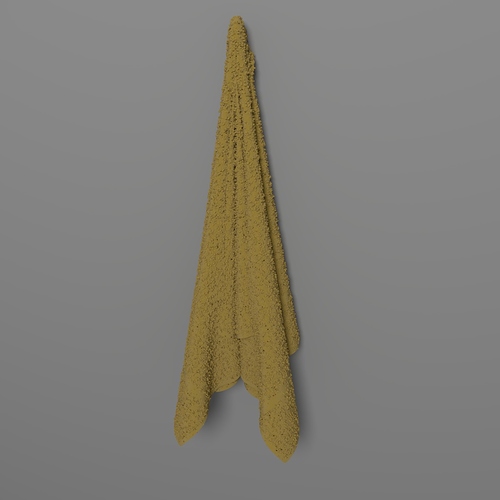 I followed tutorials in most of these , but I know the concepts now , and basically we just have to make more of these bake them and use in our games… 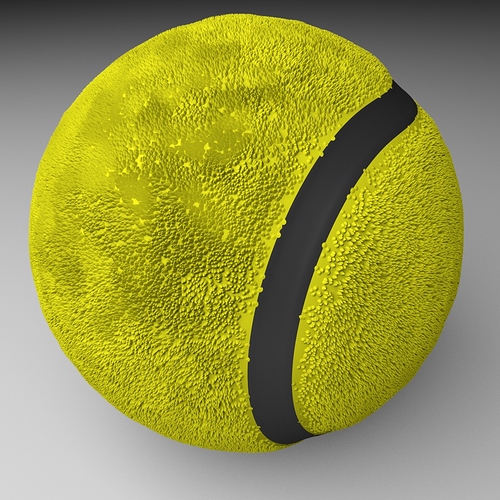 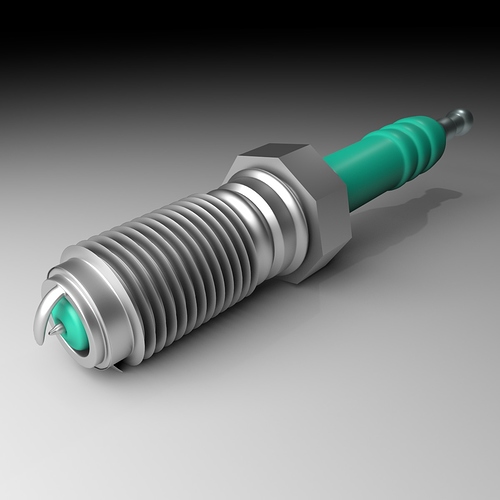 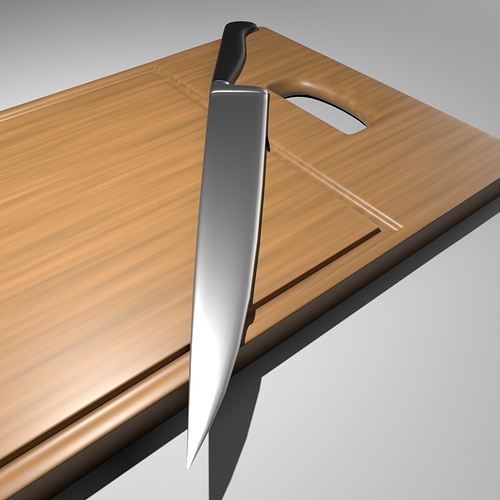 I am working on making more objects now.

Is it illumination effect in game? It looks close like that:D

Oh! It is cycles- so that is why I see the global illumination around.

(try not to take this the wrong way. Some residual bitterness may be left from recent discussion on similar issue)

You have here a nearly-perfect example of top-down development. Top-down development is bad.
(ANALOGY)
You’re trying to build a house, and your first step is to hang the curtains and decorate the walls. Problem is, you have no windows to hand curtains in. You have no walls to decorate. You don’t even have a foundation to build those walls upon. You maybe have a rough sketch of a blueprint.

A rough blueprint is just fine (and might not even be needed) if you’re building something the equivalent of a tree house, or a wood shed. But you’re proposing here to build a Grand Mansion, or a great skyscraper.

You want to approach any project from a bottom-up direction. Draw up your blueprints, build a solid foundation, frame out your walls, insulate/wire/plumb, install fixures and utilities, and THEN start worrying about interior design and decoration.
(/ANALOGY)

I firmly hold to the principles of Rapid Iterative Game Development. I highly suggest looking into the topic, and other general game development methods.
Here is a short article to get you started

And here is a pdf I recently came across. It is pretty abstract and goofy, but is a lot of fun to read and makes good points without ever getting technical or complicated. The document itself seems to serve as a good example of rapid iterative design, as well.

You obviously have some talent with modelling and texturing, and from what you say in your original post, you are learned in a variety of areas of creative design. That is more than many can say, and is a large advantage to you. You simply need to maybe re-think how you’re directing your efforts. Trying to do things this way will leave you with not much more than a hole in the ground, and some dirty curtains

Here you go, the house, a grand mansion, just a start though… with walls, windows and all the stuff… Looks ok to me, but I am improving it, gotta turn on full global illumination as well. Next, I am making a bathroom, a bedroom, a castle, for if we want to teleport to another dimension which has magical castles and more… 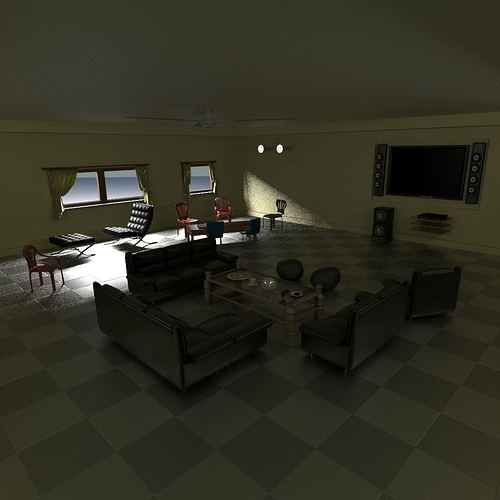 please note that the couches, chairs and speaker is high poly but we can easily convert it to low poly by baking and applying the high poly texture to low poly model…
AKashyap (AKashyap) April 30, 2018, 7:22am #9

Some close ups. Ignore the lighting and caustics now as I am working on it to make it much better. Also, this is expert edition, the master edition is coming soon with more objects like books, shelves, racks, boxes, baskets and more. Check out my 3d product profile at www.cgtrader.com/mvg86 to check out my entire current list of models … 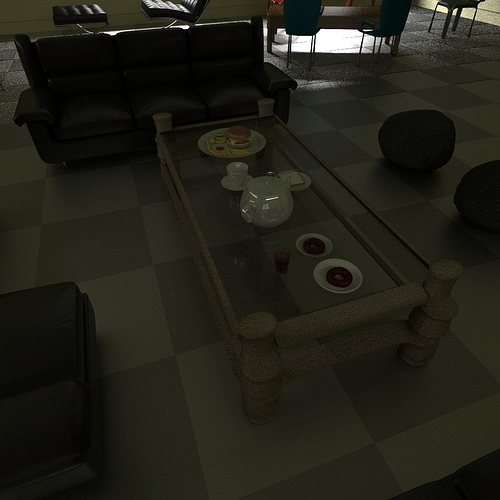 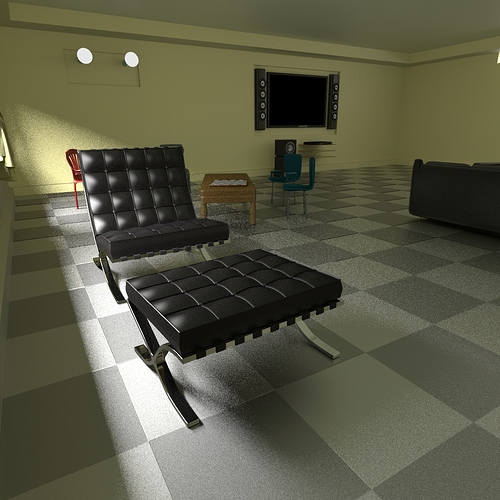 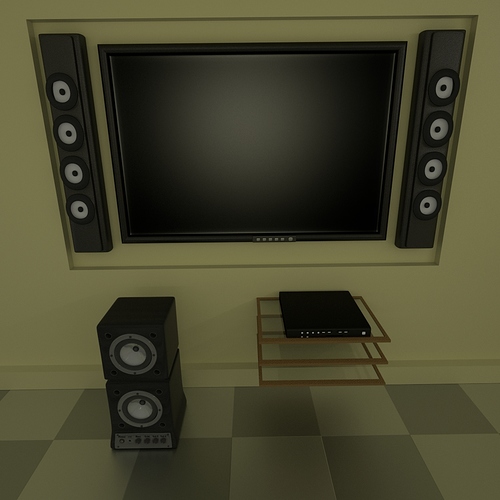 @nines, Probably, I just work backwards … Hahah … it was weird at first when I couldn’t finish my projects, but looks all cool now I think

. Ill take a look at your point of view as well, let me check the article out… And I know the hole you are talking about, I’ve been through it, looks like I am in it from the past several months, but now is the time to get out !

Edit: @nines, the rapid prototype approach looks better than my approach, and I will try to follow it in the other scenes which I will be working on in the near future. Thanks for the info. 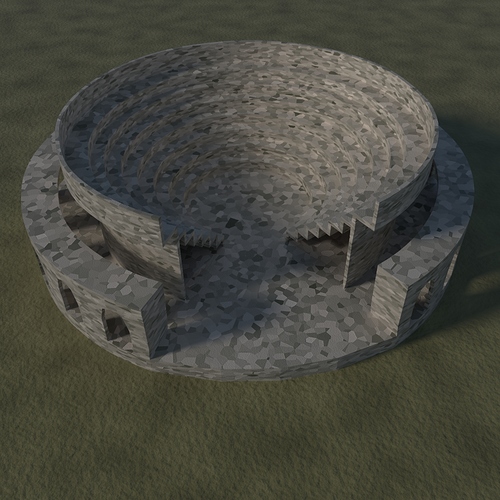 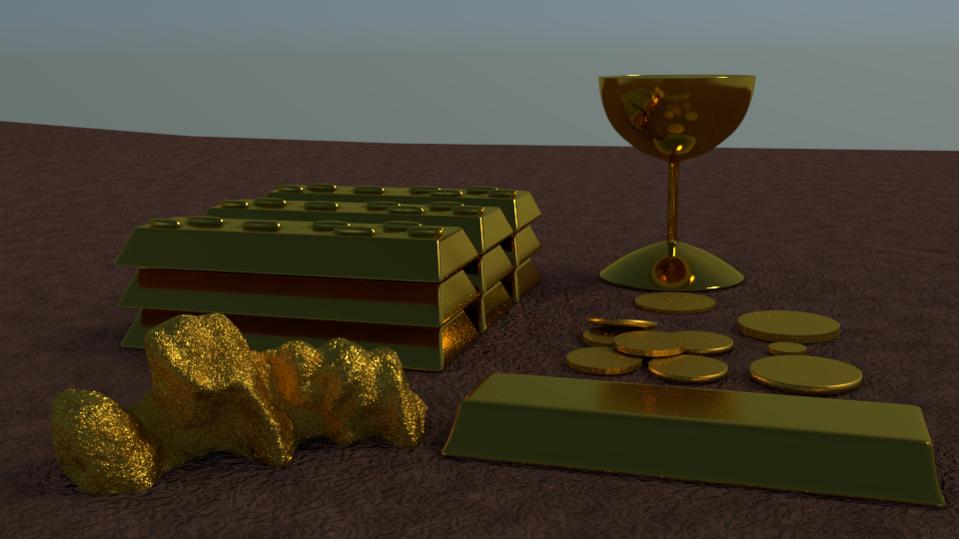 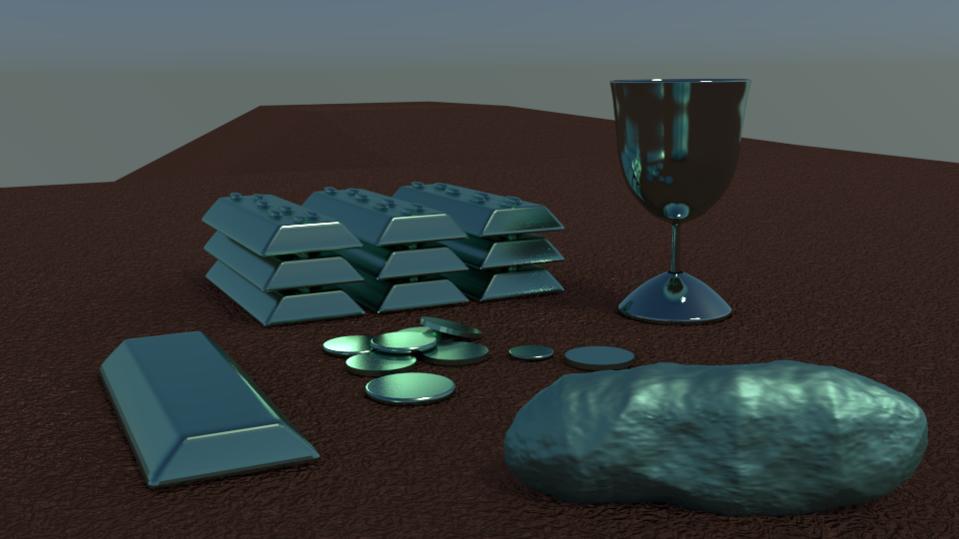 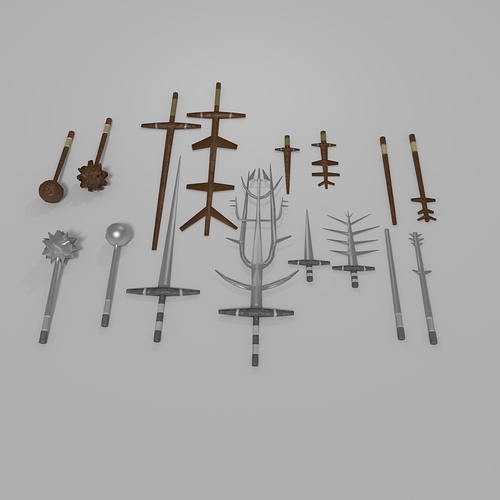 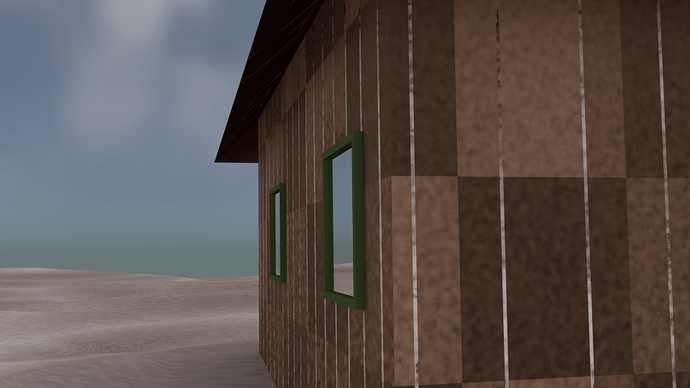 A very simple house I made a little while back, everything is procedural, in most if not all my 3d models which I am showcasing here.

Last attachments are not visible. 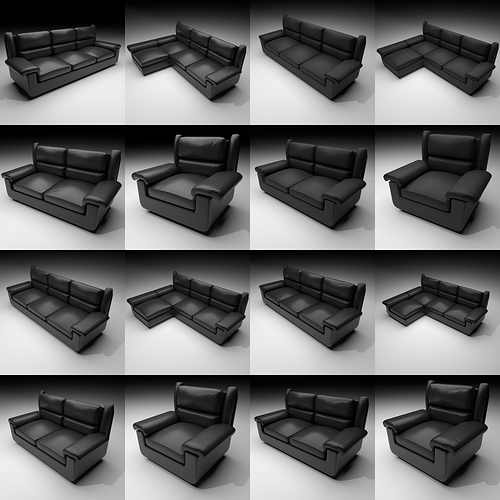 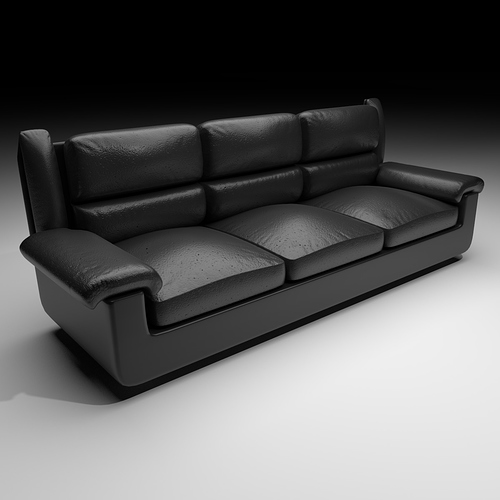 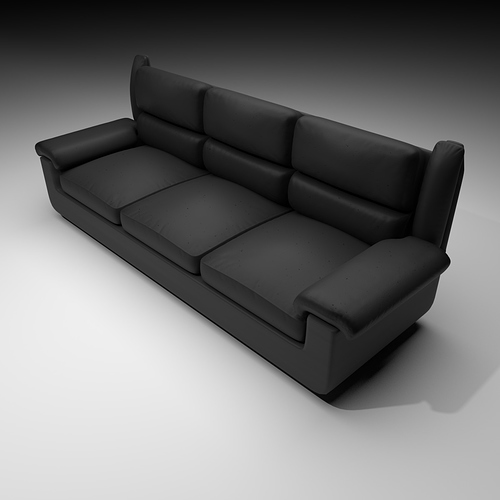 More pics of the couches. Note that the couches are high poly, as I have done sculpting, but we can bake the textures to simulate the wrinkles. Also, these were made by following architecture academy’s free tutorial, but I have used only procedural textures… 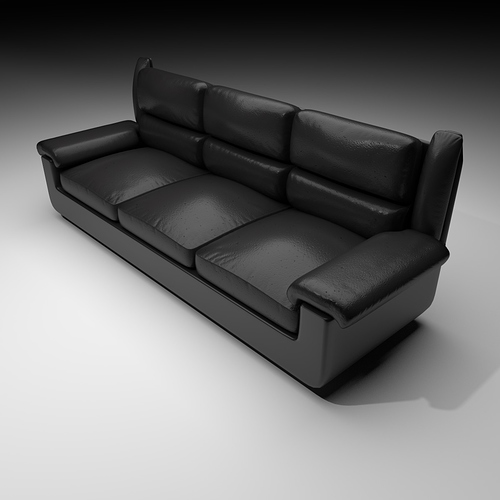 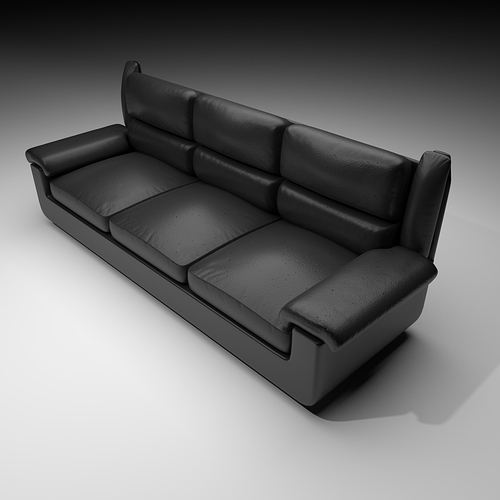 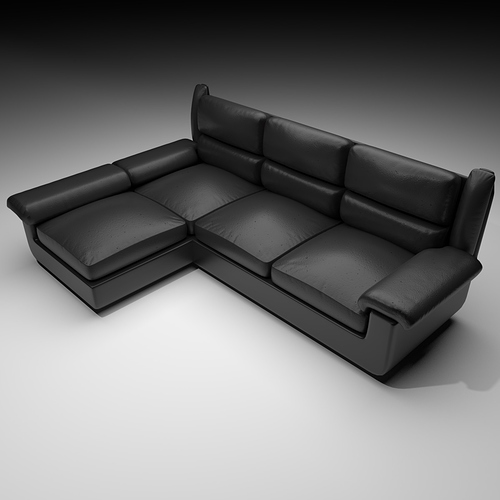