Animated Object Does Not Line Up With Curve Using Modifier?

I have a simple helix curve, a straight line, and a circle.
The straight line has the circle applied to it as a bevel shape to turn the line into a cylinder.
The cylinder has a curve modifier applied to it.
The helix is the curve used by the modifier.

The helix was generated by curveaseous galore script.

I have tried zeroing out locations and applying visual transformation. But no luck. 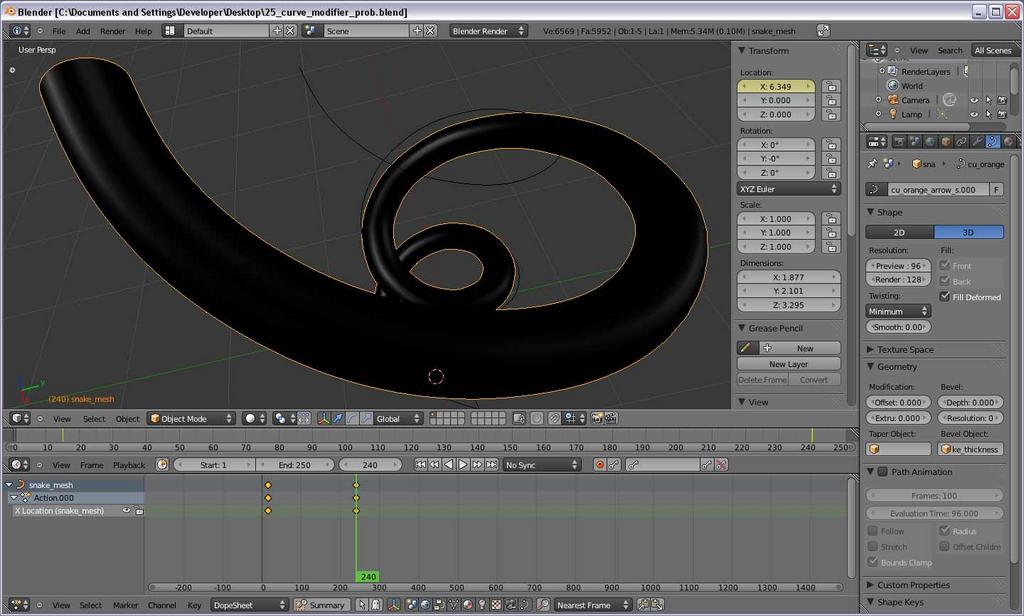 Thanks, I did not even notice that.