I am working on an Animation for work. We have Lidar scan truck that we scan higways for DOT, and my boss would like an animation, showing the truck, driving down a street, populated with buildings, signs. power poles, and other utilities. I have used Rigacar, to rig the truck, have the tires spin and turn. I have also created the street scene, with roads, curb, sidewalk, buildings, signs, poles, fire hydrants, etc. I created a path that the car follows, I am now wanting to add the special effect. On the back of the truck are two scanners that spin 360 degrees, they are mounted on the back of the truck, at 45 degrees to the drive path, and they cross each other behind the truck. I would like to create a circle at each scanner, and make the material transparent, so that when the truck moves the two scan circles will cover the ground. 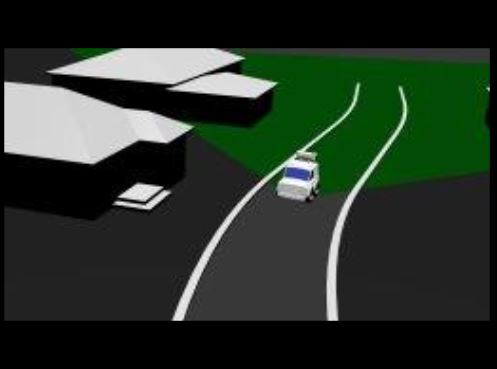 In the picture the gray ground is the area to be captured, the green has captured by the scan. As the truck moves, the scan lines moves with it. What I would like to see happen, is when the scan line crosses an object (building/ground/road/pole/sign) the objects color changes. I tried making a cube with transparent material, following behind the truck, but at certain angles I can not see the objects, until the plane of cube crosses it, while from a different angle, I see the objects, but then disappears when the plane crosses it. I am not sure of the material settings to make this happen, and any help would be greatly appreciated. I have a few videos, but they are too large to upload. I will try and upload a shorter example.
Thanks,
Bryan