There is a small part of an animation I’m working on that requires an object texture to kind of swirl. It might be difficult to describe.

This is a still of the texture at its first animated frame. 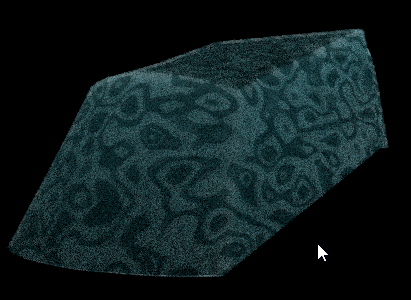 The idea is that the two distinct shaders of the texture interact and swirl with each other over a few hundred frames. I’ve played about for hours with the musgrave settings, added other textures, tried math functions and movements, but I can’t get the effect I want.

The nodes are pretty simple, at the moment there are 2 musgraves in series, a color ramp to get sharp edges and a couple of mixers to I can control the transparency throughout the animation.

I can see that I could make loads of key frames with slight changes to the musgraves, but getting a test render over the frame range takes all night so I’m always working a day behind.
I can also see a script to continually adjust the parameters could work, but I’m not a python person.

Mas anyone done anything similar or have any suggestions?

It would help if you uploaded the blend file. But would you be able to get the effect by using the TEXTURE COORDINATE node to parent it to an empty and slowy animate the empty, or scale the empty.