Ok quick question say for example I was doing an animation and I wanted to use the same character twice like Mancandy talking and reacting to another Mancandy. How do I get the same character in the scene twice? and animate each seperatly?

now you can animate them around.
I did that and it works, may be others have other shorter and nicer methods.
if you have problem then feel free to ask. you can also pm me if I dont answer

Thanks I’ll try that

Also you can use link instead of append :
In a first .blend you have your rigged character grouped with its armature.
You create another .blend where you want to animate your two characters.
Then link (ctrl alt O) your character’s group from the first .blend.
Now you want the rig to become a proxy : ctrl alt P and select its name.
Your rig is now selectable, you can start animation.
If you want to add another character, you just have to add another group instance of your character’s group : shift A Group Instance then again make a proxy for the rig.

The adventage of this solution is that if you want to change something in your character you just have to edit the first .blend then reopen the animation .blend.

Xieu> I can’t figure out that method at all. I must be missing something

sliv> I can get two instances of a character in there but the second instance controls the first, Still trying…

damn, I lost everything I wrote…

first of all you should have a blender file which have the model/mesh and animation data. if you have it then you can use my method. I will assume you use the man candy file

what you missing might be in step 2. I have made some screen shots for you in 2.5x, it is the same in 2.4x
first choose the blender file, then go to object, then import the mesh + armature there that is the whole step 2 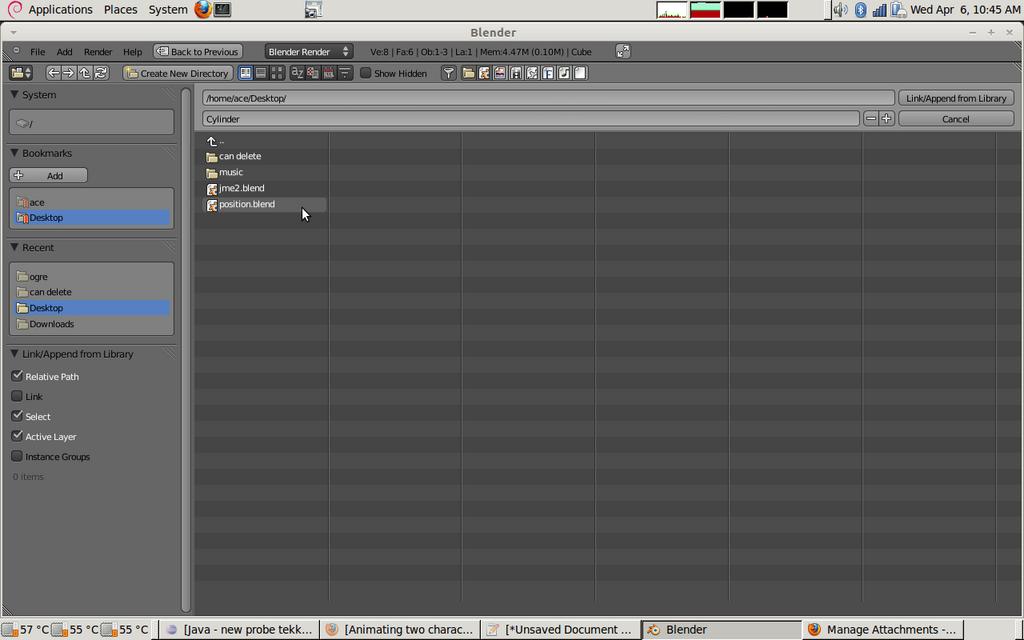 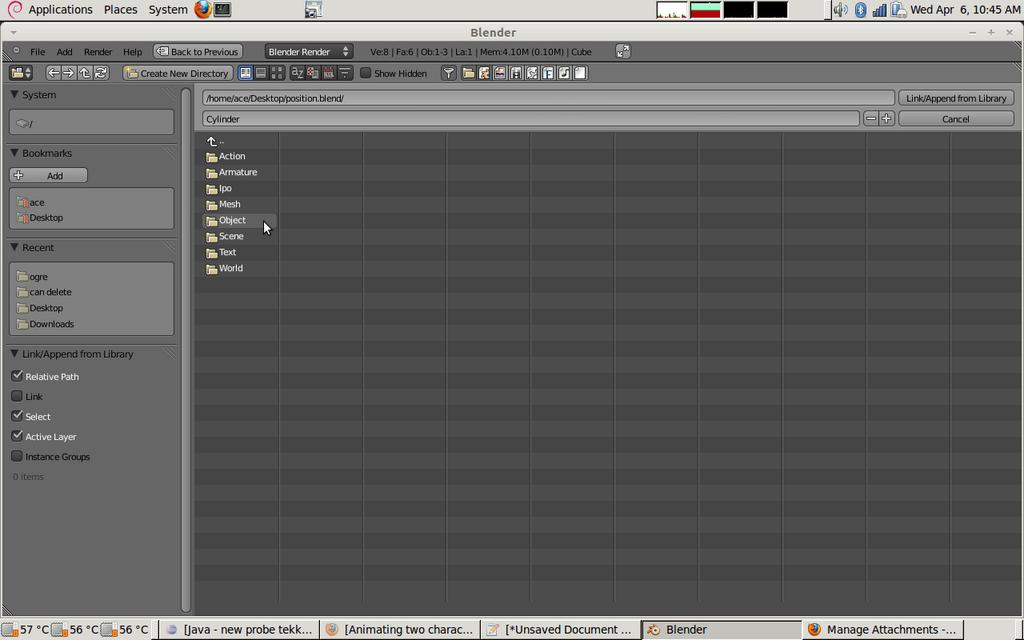 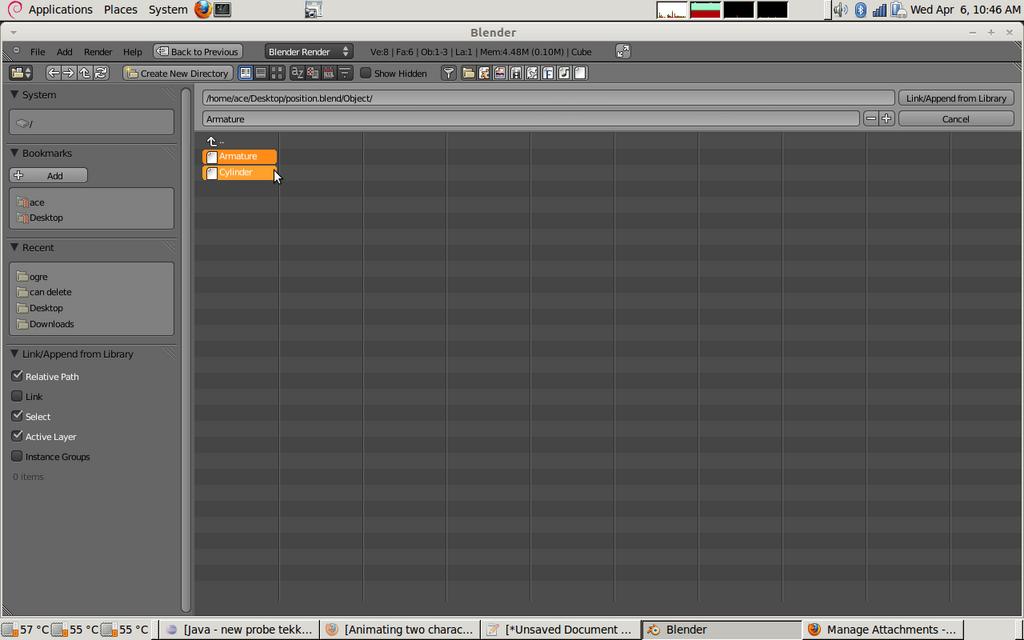 I didn’t think you were new user, course the xieu90’s method is easier.
When you append your character’s mesh and armature you have to be carefull to import all the parts of your mesh if it is separated in several objects .
You can group all character’s parts and the aremature then append this group to be sure to import the complete character.

OK thanks I still don’t understand the parenting heres what I did.

Thanks for all the help I’m sure I’ll need alot more before I get this software figured out:)

Someone has noticed a mistake in my first post. Actualy you can’t make two different animations with only one linked blend file. You need to have two different blend files otherwise the first proxy rig will control the second character too.

As a newbie of animating, I want to get more useful information!

Now you can add several instances of your character group in your animation file but all the instances are controled by the first armature. I used this method in this work in order to see more view angles of the animated character.

Obviously if you are a beginner in animation, perhaps you won’t need to work with linked files immediately, you can do the entire work in only one file.
Linked files are usefull when you want to edit your character after the animation was done, or when you want to reuse the same character in several shots of a film … etc.

so, with your explanation sliv, if i have a file with an animated character, I can’t just copy that character and animate it separately? And neither can I open a new file and append two of that other file’s mesh and armature because one rig will control both of them? And sorry for asking so many questions, but if the file has already been animated (and i don’t just have a character file), how can i just get another of the same mesh and armature for a separate animation in the scene?

minifigmaster : I was talking about linked files.

Of course,in only one file, you can just duplicate your character with its armature and create a second different animation.

An important thing to understand is : in blender, append and link are two different tools with different application.

So you can open a new file, append as many characters with their armatures as you want and create different animations for each of them ; there won’t be any problem.
What I meant is that this way dosn’t work with linked file.

ooohhhhh, i got it now. thanks for the clarification.