I took it on me to produce a small film in blender and other programms, (gimp, CrazyBump).

I am starting this thread a bit late since the character and the rig are already developed, any way
There are 2 scenes:

If i develop a 3) scene it would be very sci fi, maybe something like inside a computer on the silicon board.

My Plan is to finish the factory as quick as possible since the animating hasn;t even begun yet.

I hope i get good feedback on the work, i will always include pictures of my work in the thread

For the character, she looks a bit frozen because the rig is in rest position. All parts are full moveable. The Hair has got physics already, so movement can be calculated later using the dynamic function.
The Eyes are red because the film begins with fire so i though it would be nice to further show that in the eyes.
You Might Notice that her left hand is on the right arm, and vice verse, i didn’t realize when modelling that the thumbs were the other way around

More words on the Pictures
The Noise is there so i can render it in time (slow CPU , no GPU

)
The second picture shows the axe better that she is holding
OpenGL rendering doesn’t show all the hair, just the Parent ones 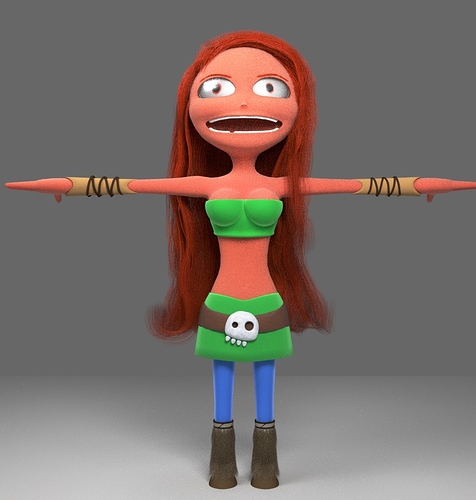 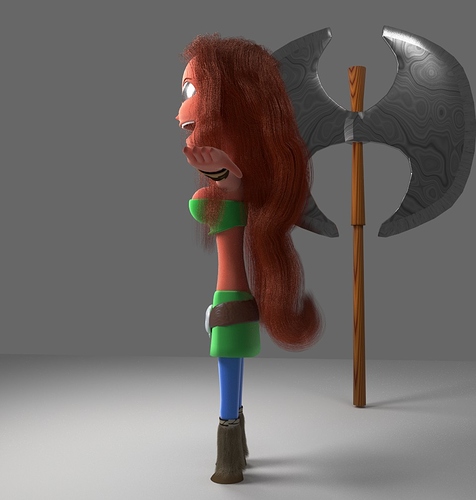 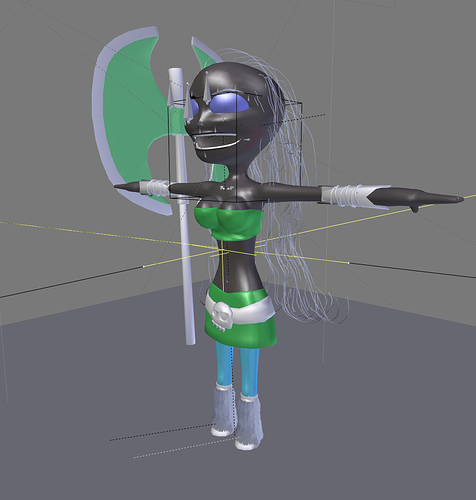 Some pics of the first envoirment 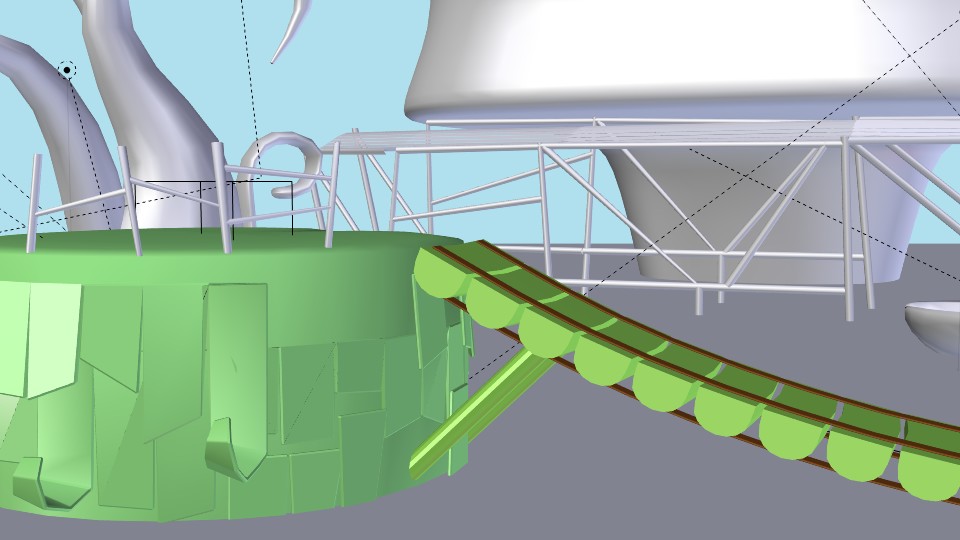 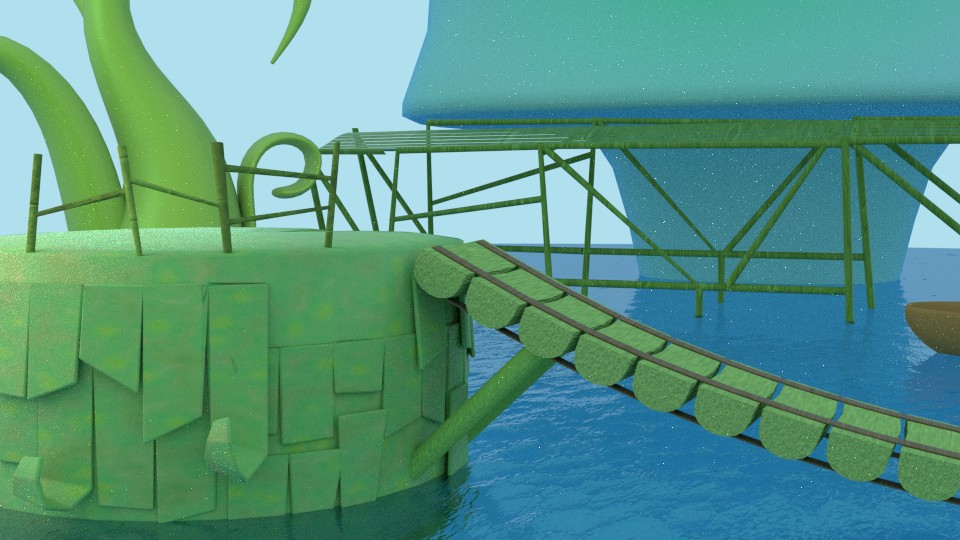 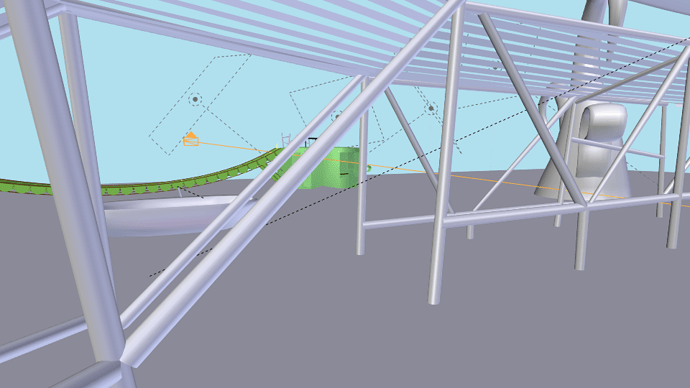 Rendertime 10min at 200 samples
The Sub-Surface Scattering really takes the CPU power.
The others are openGL renders

Now the second envoirment is going up.
I didn’t have time to work on the materials yet, gonna do that on the weekend 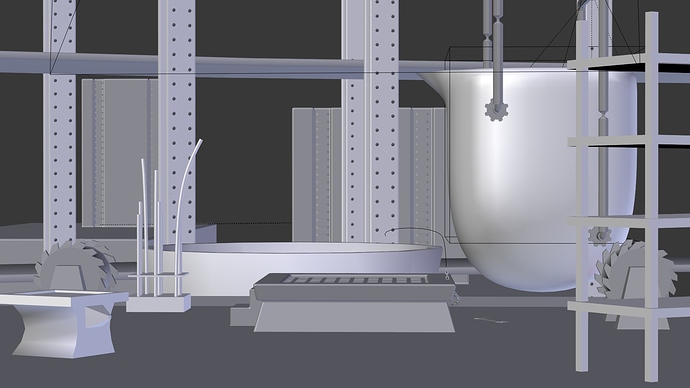 as always please leave feedback or ideas to improve, or just what you think about it so far

In the picture of the factory you can see quite a big pouring thing, the point of it is, it should pour hot molten iron into the opening thats next to it. The Fluid config, of molten iron is quite easy, just a bit less viscosity than the molten glass form the table in the documentry (blender).
The effect i tried to create was that the character that stands on the metal grid, is going to black out. As in the hot metal is really bright orange and the camera is taking all other colours as really dark as it has to adjust to the bright conditions. So the character and the sorrundings are litterly just black or dark colors.
A simple > RGB curve > Glare (fog glow 9) > viewers note
The output with a small testing version 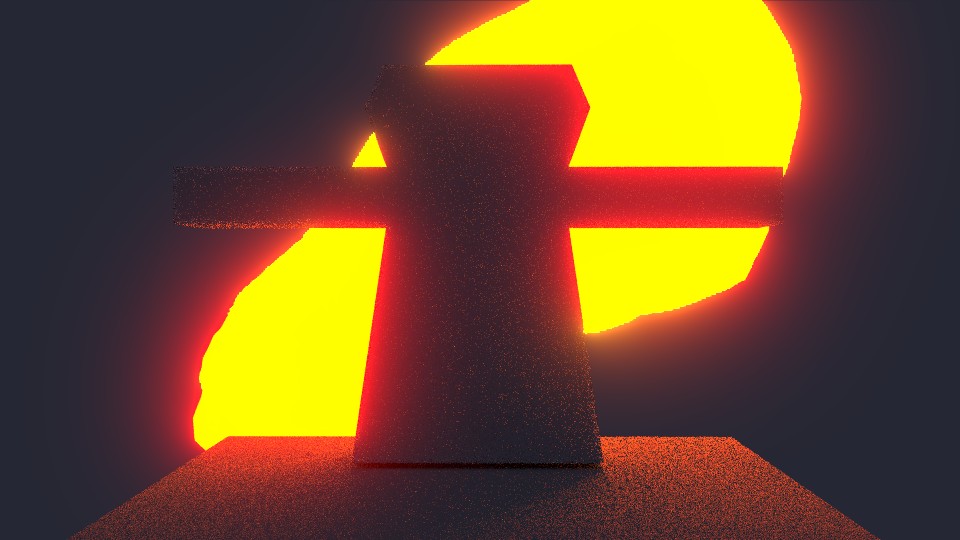 and the second one where the effect is stronger 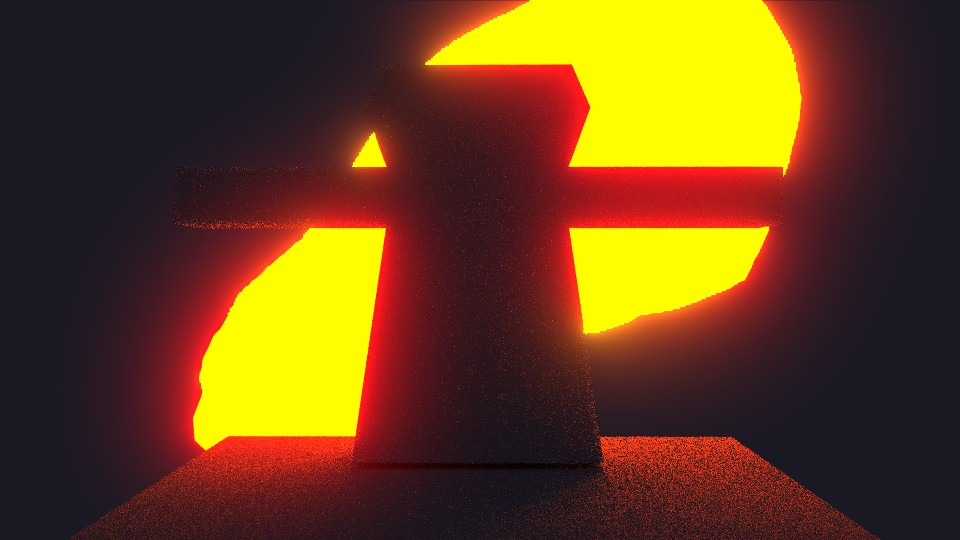 Please note that this was just a quick render scene to create the effect from the glow, the final version will have the accual character in it, not the 10 poly thingy that you see right there, and it will take place in the factory scene, which i posted earlier.
julperado (julperado) April 25, 2018, 11:43pm #5

Your character looks a lot like Barbara from Rayman Legends, you should change it a bit to make it your own, even if it’s taking inspiration from that character.

Other than that, I hope you can finish it. There’s a LOT of work involved in such a project, but it’s a great way to learn

Ha, you got me.
I really liked that game, will change the axe to a sword, and the cloth as far as i can, and the face a bit
I know there is a lot of work in an animation short, but its extreme useful when wanting to test the limits and go beyond to learn a great amount of production knowledge.
Thanks for the suppport

The Factory is finished, and the compositing as well.
You will see that the Red Metal Goop is stuch in the beaker, this is because the fluid simulation is not yet done, since it will need to be adjusted when the animation is done. 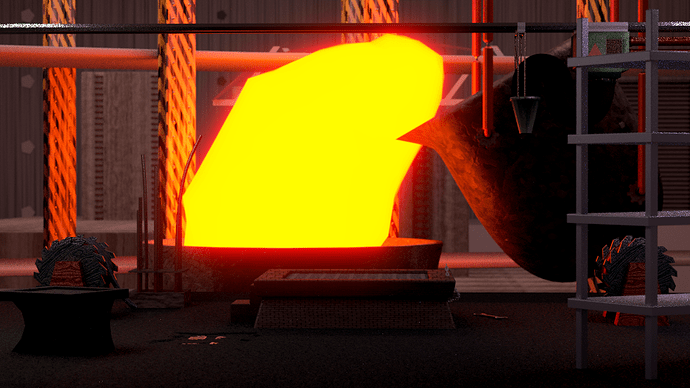 The biggest diffrence is that the entire light in the front is removed, i think playing with the shadows in the front this way look much better, the older render looked too dull. Also the cable on the left side is done.

For the animation practice i am working on a Camera Tracked scene with the character, it will be posted here as well. Though it will only serve the purpose of pratice again and working with Tracking.
Anyhow the animation will begin in 2 weeks, since i don’t have anytime in the following weeks, i will with 100% continue since i am sooo close to finally animating.

Minor Update
As i promised to change the axe to a sword.
So there you are. (only OpenGL since the CPU is busy with diffrent reders, will update though tommorow to a full render) 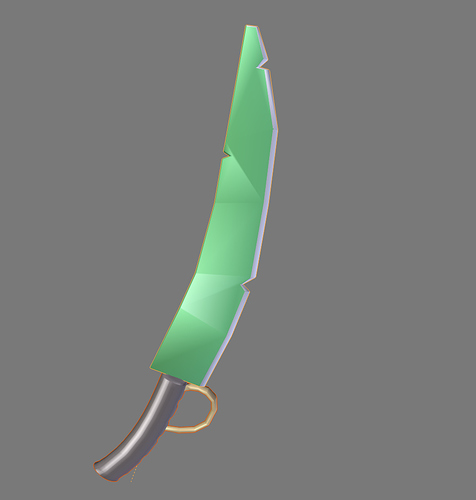 Eventhough i am posting it, there will be no big updates in the next 2 weeks, i just forgot to post this one a few days ago when i did the sword.
BlendedBlender (BlendedBlender) April 30, 2018, 7:01am #9

Now, of course we need some sort of enemy, simply this one will carry her into the room with the molten iron. The chains are done as well. You might have seen them earlier in some OPEN_GL renders at the right bottom of the grid floor. 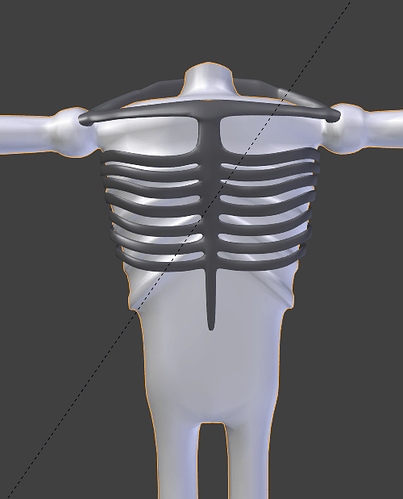 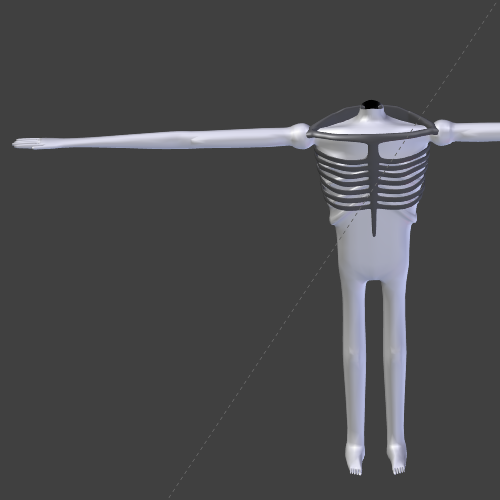 It is still in development, but it won;t take long, since the monster only is there for a short time. So won’t spend so much time modeling it.
The Sword Full cycles Render is coming up next. It is rendering now, so when it’s done it will be posted

The sword is done. 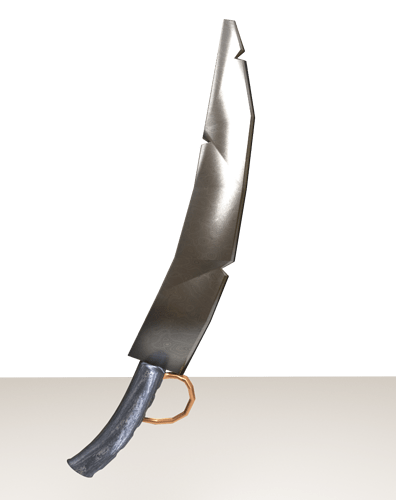 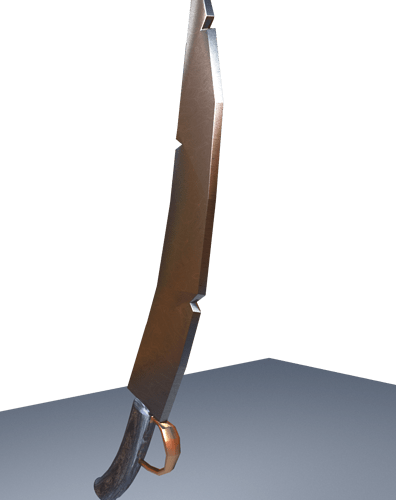 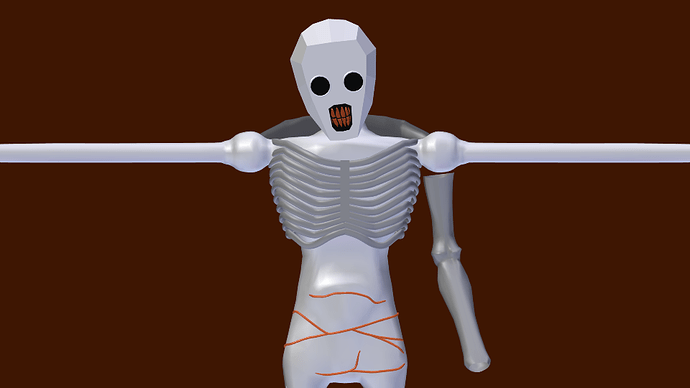 Yes i have not been lazy
Eventhough i didn’t work on schedule as expected due to major technical problems with the setup, i did finish the monster
or almost finish it

It is inspired by a “ReDead” from the game Zelda, i took an art work that was made and made it 3D,
Its not 1 to 1 tho, i wanted to make some changes so i don’t copy it,
i think looks pretty good, just have to finish the legs, and the hand so i can attach the arm to the body instead of that bad made arm tahts on there now

The animation is being produced but i am not fast at it due to some big bugs that i had to clean up with the rig, looks like its back on track now tho,