Hi, I am working on 3 characters which all share the same blend file, the same rig and the same animations (the riggify rig).

I am planning to export all these things in the one file with instructions telling the user how to chop contents from what they want /dont wan’t and export like that, then I’ll release it on myblendswap. As far as I am aware, nothing like this has yet been released for the community, it will be a fully ready character model that could be used for FPS games as an example.

I’m wondering if there is a better way to do this and as to whether the method I am using is either; correct, a little unorthodox or simply wrong?. I havent found a way to nicely store animation as I did with character studio in 3dsmax, I noticed the pose library but it only seems to keep static poses (or I’m wrong).

Right now I’m merely planing on instructing the user to delete the meshs and animations they dont want, then duplicate the animation they want against itself a few times to get a consistent bake of the physics. 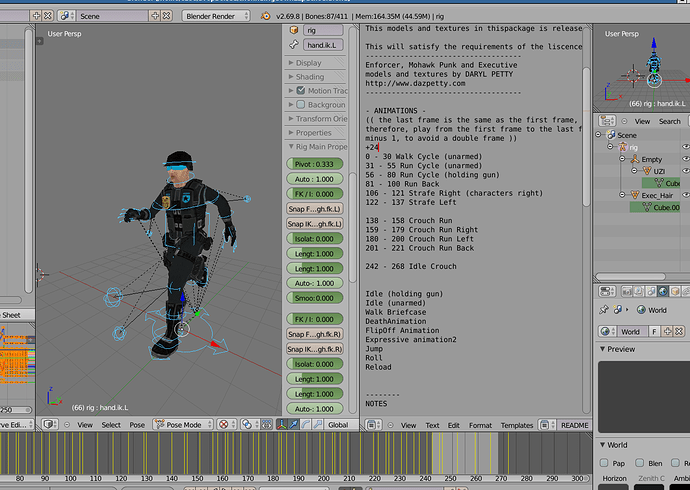 Ok so I just realized there is an animation selector under the dope sheet (doh), anyway, shouldn’t take me to long to clean this mess up, I’m sure it will be good in the end.