Another AI vs artists thread

Yeah… you make a good point, this whole discussion is technically off topic. I’m going to split it off into a new discussion where you can share whatever you want

Maybe having perpetual containment thread about AI imagery would be a good idea?
So this topic would not creep everywhere?

That is a good idea

we do seem to pretty regularly have the exact same discussion every two weeks or so. I’ll see what the other staff members think

I’ll still be putting any new AI image technology on the topic New Technologies that i created.

Ok. Was really hoping to test this for a project. The results look quite good.

A lot of these tools will kill creativity, inspire laziness, and spawn a whole generation of 3D artists that aren’t artists at all. Why on earth would any so-called artist want an AI to create their art for them?
Fair enough, I’m all for tools to automate the more technical aspects of our pipelines and help with the more mundane tasks, but the ‘make art’ button? No thanks.

It’s not really art at all though. Art is created through human emotion and creative inspiration. Machines creating art is nothing more than a meaningless parody.

Do you think creating an object trough photogrammetry manually can be seen as art?

Instead lets say i want to create a 3D movie but i don’t have assets and this helps me finish the movie?

All this “tools” will kill “Art” in today meaning of word. Humans don’t love to feel defeated. Remember what happen to chess? Once when computer defeat human champion, humanity lose interest in chess.
So what is purpose to compete in game which are rigged before beginning? Why to waste years of training when every moron can push button and destroy your ‘art’ with ease? Why to deal with spoiled, lazy, slow, demanding artists when you can press button and save bunch of $$$$ and nerves?
I can like this all day. For sure humans love “beautiful” stuff, but human relationship and understanding of art will change a lot in the foreseeable future. Just like many other things.

Yap, ‘realism’ often look awkward. remember photo comics? They fail miserably, simply they look stiff - unnatural, and public reject this. Photographer use heavy edit to make his photos ‘bigger than life’…
Then look to AI. “He” learn, learn fast. It’s matter of time when he will put together a puzzle and understand what this meat bags actually want and love. Biggest obstacle in AI evolution are not technology or programming. We humans don’t understand human mind, and this slow AI evolution. Now AI join to research… somehow I think that he will very soon understand human mind better than humans. So this is not a Ghost In The Shell… in time when Masamune draw his comics things are not go so far. Although many of his ‘predictions’ come to reality. Although I guess that he will make these comics differently these days. His comics are dark and grim… these days they will be grimmer and darker.
Yap, people still use 'analog mudbox"

and analog paint techniques but how much. Just like people still use vinyl records. Again humans have competition in his genes… but they also learn to spare energy in situation when they can’t ‘win’. I can make one analogy with stuff which we can see these days… but this will be uncomfortable for some people here, so I will skip this.

We will see how much is really impossible for a machine to be creative. 30 years ago idea that even cheap home PC will be enough powerful to make ‘realistic’ renders with GI, DOF, Bloom, Motion Blur etc. was something like SF. 10 or even 5 years ago DALLE2 was something from Star Wars universe.

Art in some shape will survive… but not art which we know. Handmade art will exist, just like people still can order hand made barrel. Other stuff will be ‘created’ by button pushers, which will have his “creative” AI advisers. Who will know better market demands than AI which monitor entire pool of data.

AI has certainly brought human creative agency into sharper critical focus. An excellent argument suggests we look closely at the human unconscious whenever we discuss AI creations (See: Babel, published in n+1). Though AI-developed artworks can defy critical scrutiny (aka useful criticism in the sense of lit/art crit, not whining or complaining), they largely seem to be based on the manipulation of the syntactical. Machines do not seem to bother with the semantics of the works they scrape (learn) for study or the works they create as a result of this scraping. They may even have ethos, logos, and pathos, but these aspects are generated by the inevitable semantic value of syntax. The human unconscious may operate similarly, but with a more attuned sense of the sematic. In other words, AI-developed artwork is largely combinatorial (manipulation of symbols), which ends up having meaning. Whereas the human unconscious reckons with meaning, and not just the syntactical.

What’s your definition for creativity?

For me, it means the ability of the human mind to spontaneously create based on random inspiration through memory, emotion, and life experience. The ‘creative spark’ or ‘Eureka’ moment. Something often fleeting or nebulous. The unconscious mind. A machine can never replicate that unless certain theories or sci-fi storylines become reality(as with the fascinating exploration of consciousness in the original GITS)

Note: I’m purely talking about artistic creativity here, not the creativity that drives engineers or mathematicians, or theoretical physicists - as that’s grounded in logic and mathematical rules, and can be replicated somewhat by a machine/algorithm.

These tools will never replace humans for creativity, because it’s impossible for a machine to be ‘creative’ - unless, of course, it goes full ‘Ghost in the shell’.

However, you are correct by definition:

For me, it means the ability of the human mind to spontaneously create based on random inspiration through memory, emotion, and life experience.

To me, a piece of art is creative or has a creative component to it, if it is perceived as such by people. To me, how it was created or who/what created it is not relevant.
Because according to your definition, only humans can be creative, any discussion in that direction is pointless.

Because according to your definition, only humans can be creative, any discussion in that direction is pointless.

That is the dictionary definition of creativity - “using imagination to create something”. Machines don’t have imagination, only humans do. That’s not a perspective based position, it’s a definitional one. Imagination is the ability to construct something unique devoid of external data- AI creates something “unique” reliant on external data. Or, as Wikipedia says:

Imagination is the production or simulation of novel objects, sensations, and ideas in the mind without any immediate input of the senses.

Nobody knows how imagination and/or creativity ‘work’ in a human being, or even if there is some process that could be discovered. So how can we say that it can’t be reproduced in a non-human, even non-organic entity?

There are many definitions for creativity. Quite a few of those rely on a human factor, which kind of makes sense because that was pretty much the only way so far to create something new and unique, especially from an artistic point of view.

Just to give a different example:

creativity
the ability to produce or use original and unusual ideas:
[…]

creativity
the ability to produce original and unusual ideas, or to make something new or imaginative 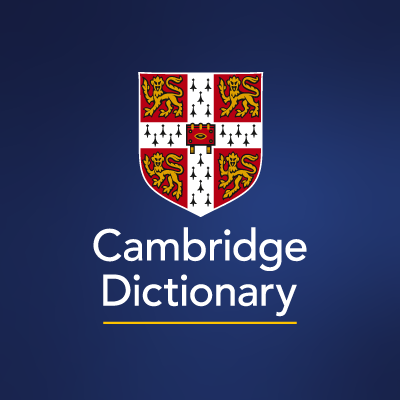 Or when you ask misses Wiki directly about creativity, it starts off like this:

Creativity is a phenomenon whereby something new and valuable is formed.

Creativity is a phenomenon whereby something new and valuable is formed. The created item may be intangible (such as an idea, a scientific theory, a musical composition, or a joke) or a physical object (such as an invention, a printed literary work, or a painting). Scholarly interest in creativity is found in a number of disciplines, primarily psychology, business studies, and cognitive science. However, it can also be found in education, the humanities, technology, engineering, philosophy (part...

To me, those definitions allow non-human creativity, which makes more sense in my personal opinion. Whether we reached a point where machines/neural networks or whatever can be creative according to those definitions is another question.

We’re talking about art here, though, and a machine being ‘creative’ in an artistic sense is really just a meaningless parody. A machine can not view a subject under different lighting conditions and ‘feel’ a certain way about them. A machine cannot wake from a dream and write down a poem or a piece of piano music based on inspiration from that dream.

I think we’re talking about different things here, that’s why I stated above that I was specifically focusing on art, rather than more logic-based pursuits.

Because according to your definition, only humans can be creative, any discussion in that direction is pointless.

Only humans can currently create(as I also stated above) I have to disagree here, I think that it’s a pertinent discussion to have during this era of machine learning infancy, and also something fascinating to ponder.

I think we’re talking about different things here, that’s why I stated above that I was specifically focusing on art, rather than more logic-based pursuits.

I am not talking about that.

Only humans can currently create(as I also stated above) I have to disagree here, I think that it’s a pertinent discussion to have during this era of machine learning infancy, and also something fascinating to ponder.

There is no way a discussion can take place if your definition does not allow it.