This Scene is supposed to be a huge balcony made from marble with stairs leading up to it. It is actually just a background, and I want to play some animations in front of it. Also I recorded some greenscreen footage of a friend acting that is supposed to interact with the animation. But for now let’s focus on the background

Chosing the correct tiles for the floor is important 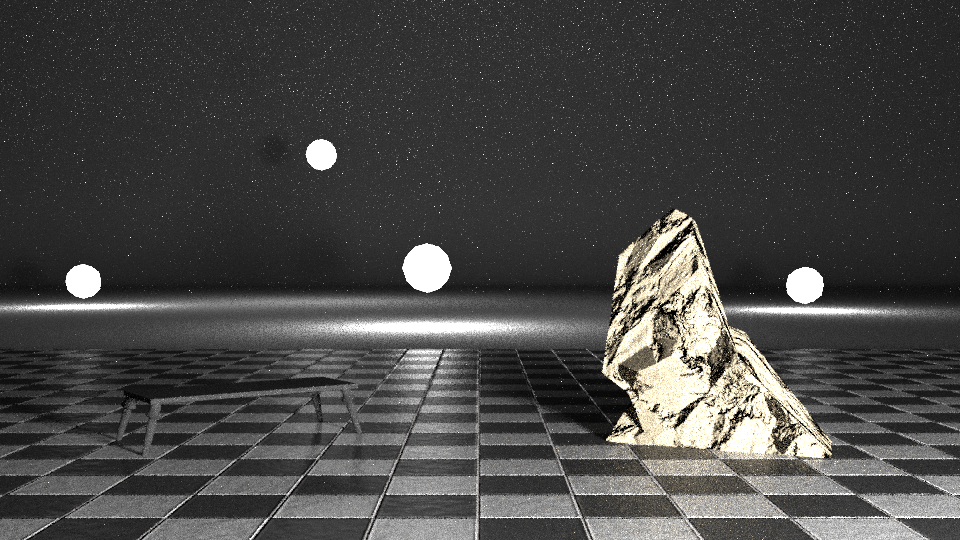 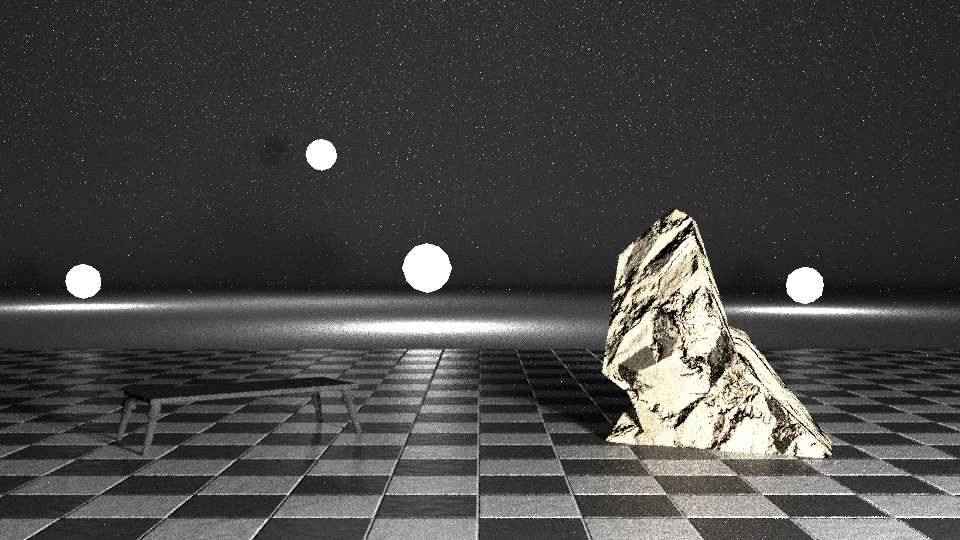 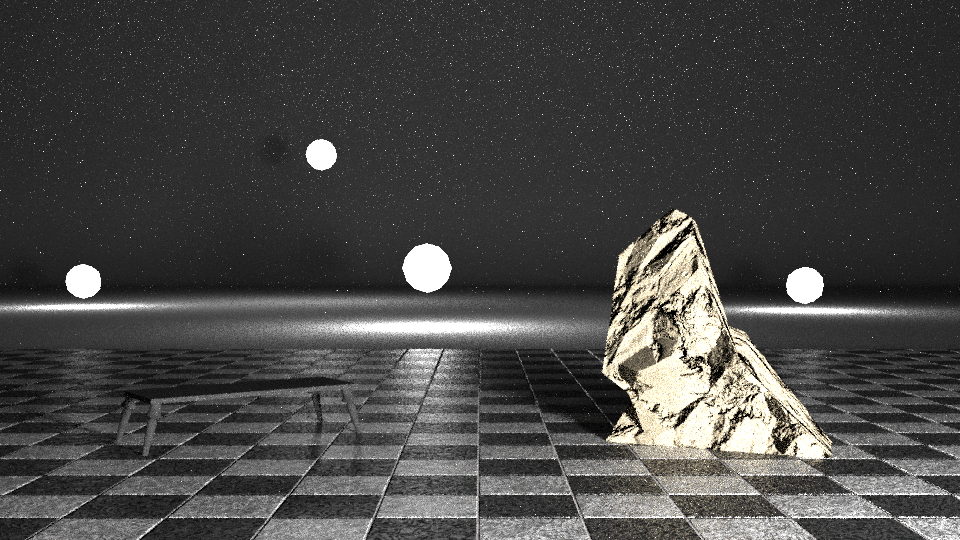 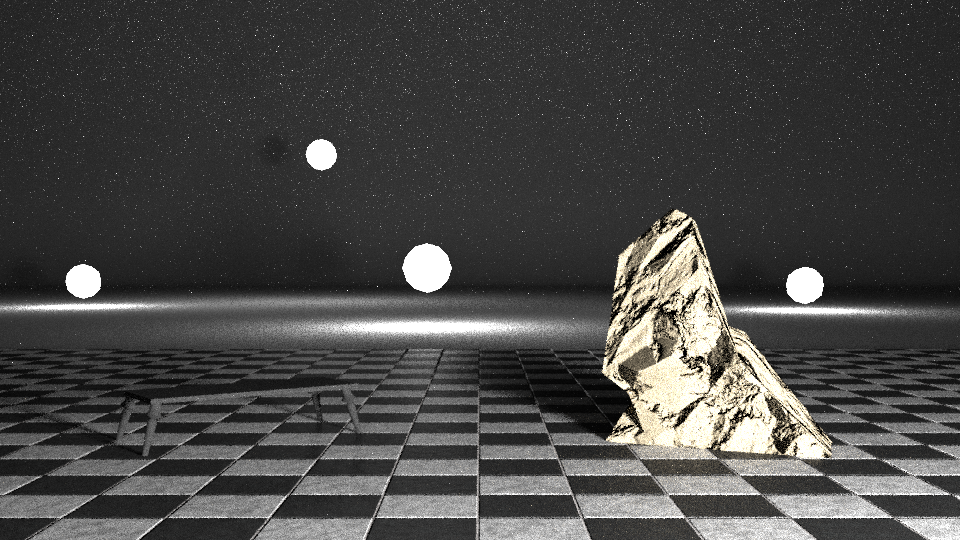 After fiddeling around for some hours in the nodes editor I settled for the version you see in the last image. All these little bumps make it so different every time and I could have spent more and more time in the nodes editor just for the floor, but modeling is also fun! 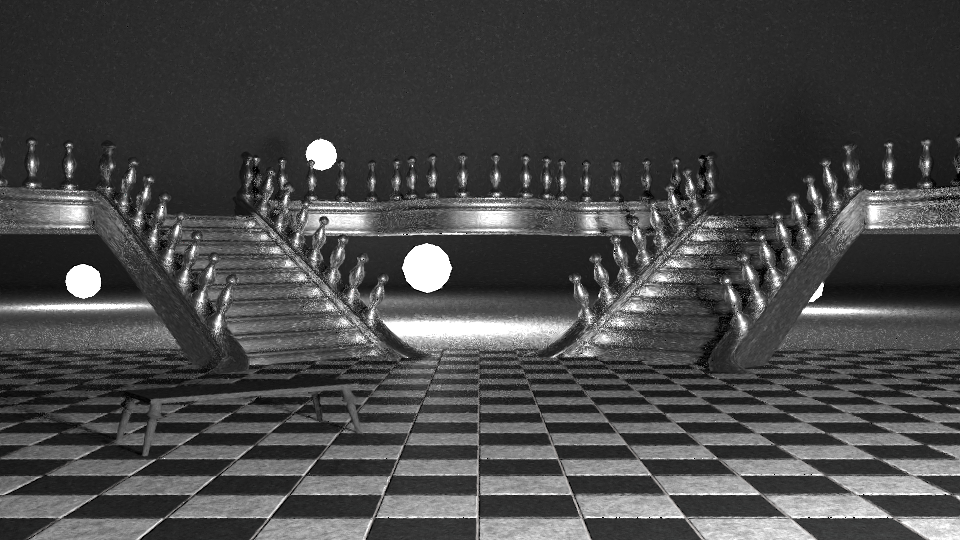 These damned pillars won’t stand up straight, not even viagra helps. So screw them standing up, this looks pretty cool this way! 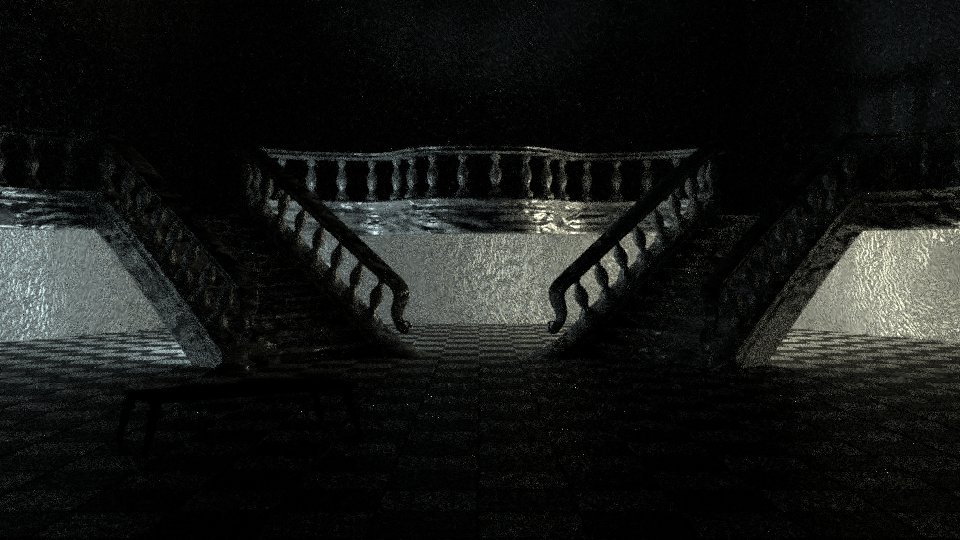 Put a handrail on it and finally throw in some more interesting light than just plain white light. This lights up the bright marble like texture pretty well.

I will post some updates as more progress follows, tell me what you think looks cool and what could be improved and so on 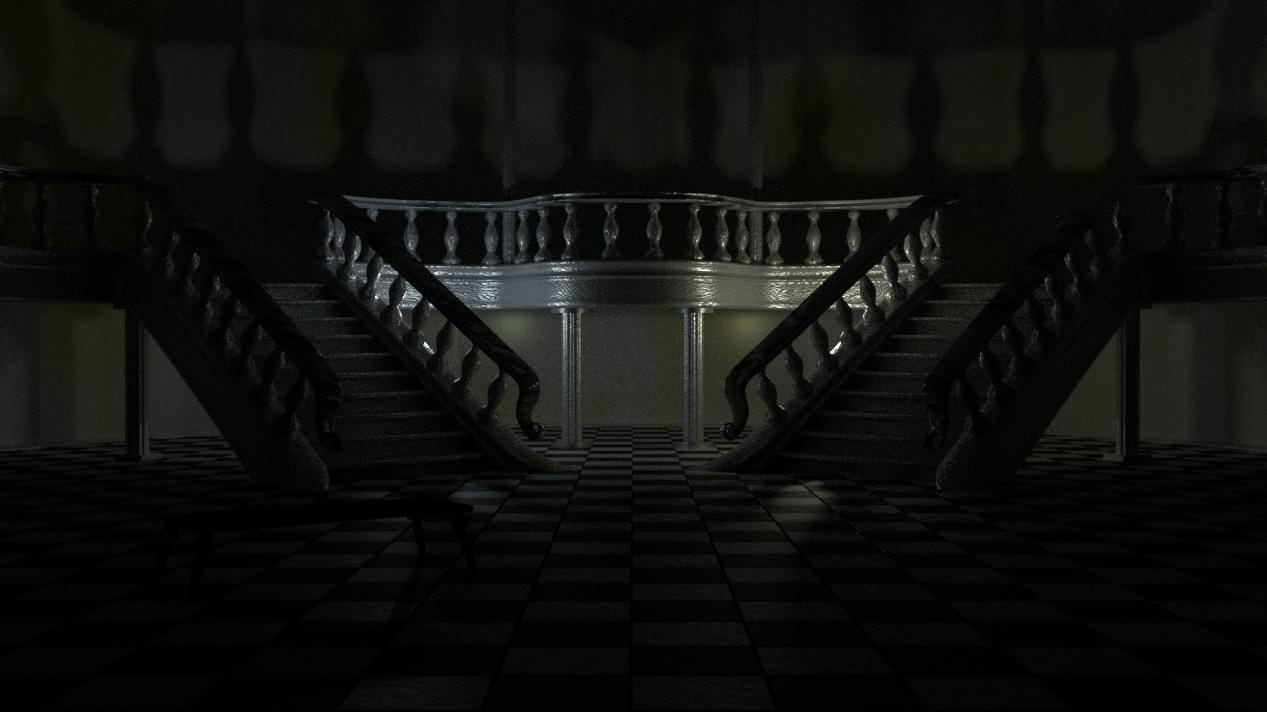 HfrAGYe.jpg1267×712
Some more lights with an interesting texture on the surfaces and cool shadows on the upper floor. 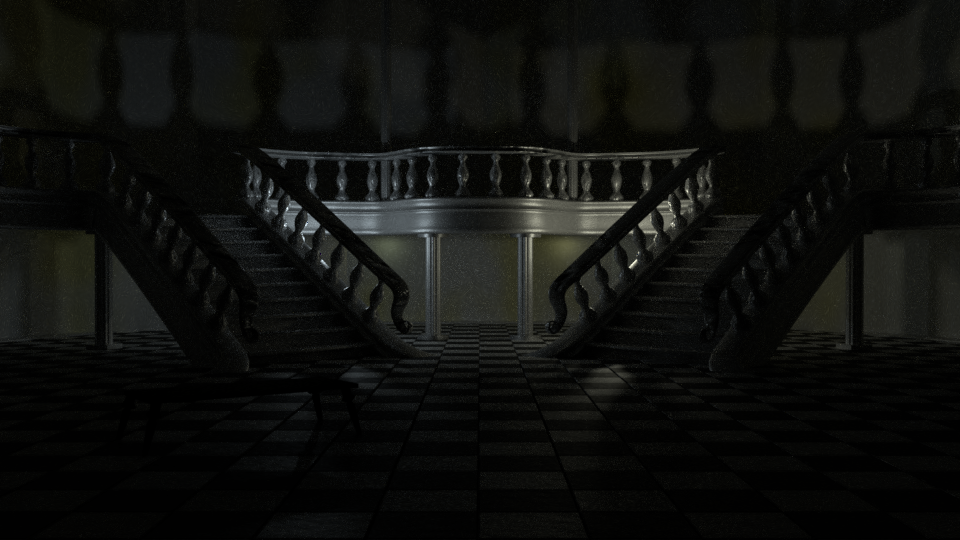 aOSQP5v.png960×540
I smoothed the surface and made it some rough polished marble… hopefully… 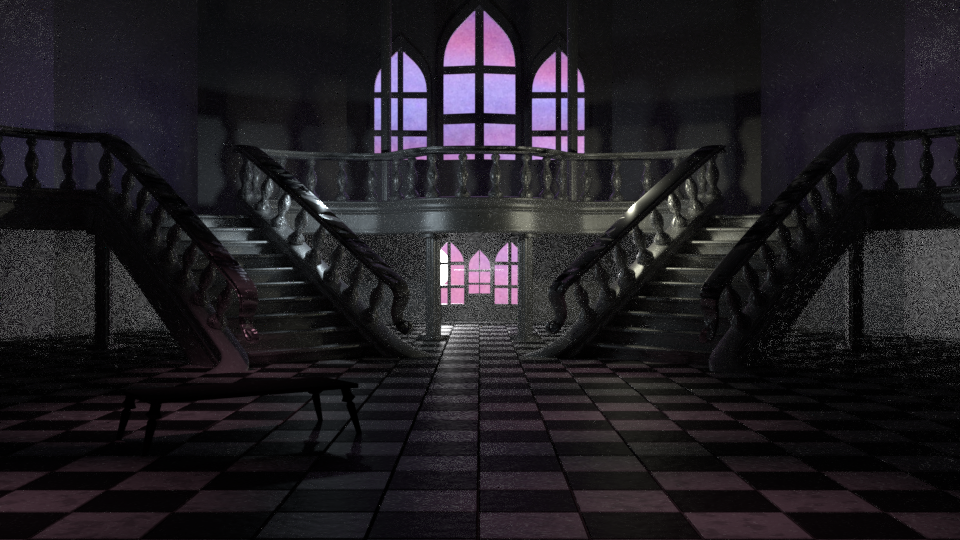 eF9rWhC.png960×540
Then I did cut some windows out of the wall and even out of the ceiling. please note the nice light that comes through the ceiling holes onto the main floor 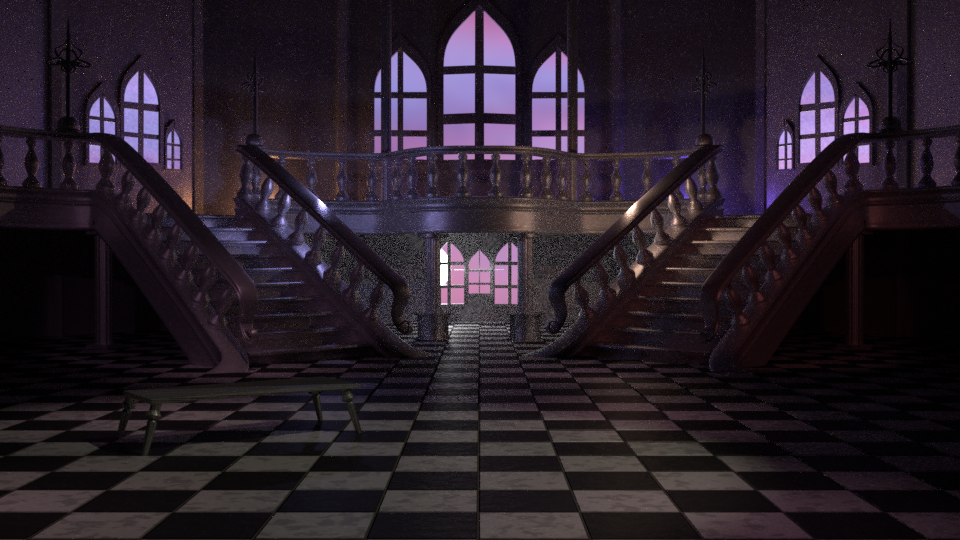 DiJPkhd.png960×540
And then the nice ceiling light is not that visible any more when you want to have a spotlight on the action supposed to happen in the foreground.
ToxicTuba (ToxicTuba) May 1, 2018, 6:32am #3 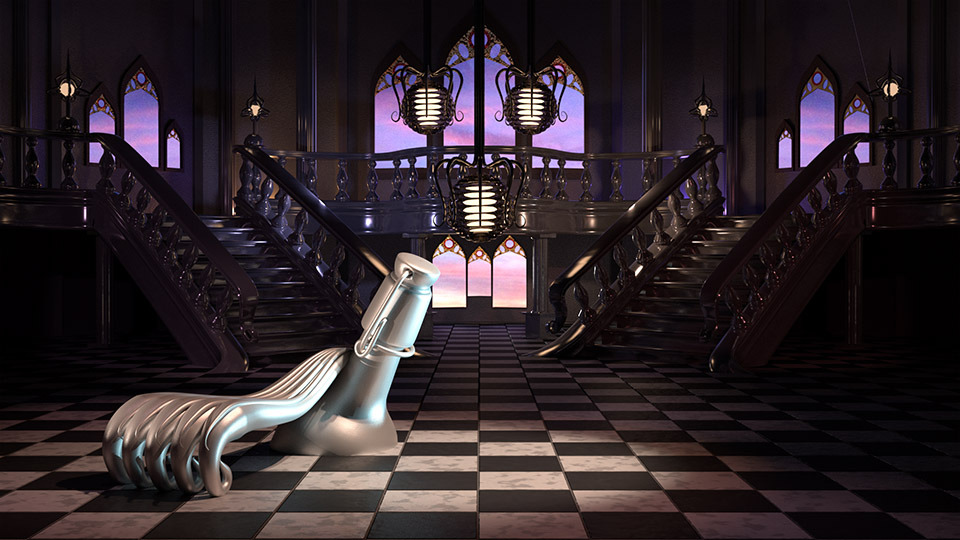 https://toxictuba.tumblr.com/image/167702245443
the final or close to the final version of the background of the animation.
I’m open for all kinds of critiques and improvement ideas

btw, how do I add a preview image to the thread in the forum’s threadlist?

Nice work so far. I am curious: you seem to start with the dark light first and then the brighter ones. Is there a reason for this order ?