Any news on blender 2.8 interactive mode (?)

The Blender Developers were suppose to work on the New Blender Interactive Mode in July.

So far I haven’t seen any news, and it’s already September.

Similar thread here, but without news since March as well…

Any news on the new blender interactive mode? Game Engine Support and Discussion

Hi everyone, it is been a while since there has been any news on the blender interactive mode. anybody have some idea on what is going on on that front? the last wiki update was around october’18.

All eyes have been on 2.8 and EEVEE, maybe they forgot about it?

Just found a question from the audience on interactive mode in the Blender Conference 2019 playlist :

According to the statement “there is no timeline for it” it seem, like interactive mode is not going to happen anytime soon. 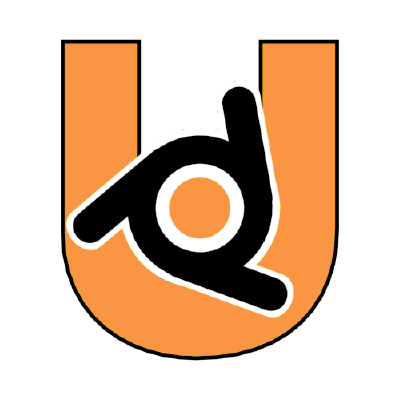 the community has already been busy at work

Youle and Loki are restoring the engine 1 commit at a time.

there are some big pieces to be restored - however it’s functional right now.

^^Ton is either on crack or someone’s payroll. Probably both.
“yeah let’s juss yank out the game engine, no problem. we can come up with a half-assed replacement in like, never”

Thankfully, the community cleaned up the mess. Yet again.

To be fair, the BGE was always kinda half-assed, so a half-assed replacement is only appropriate.

You’d be a-okay with a liver transplant from a heavy drinker by that logic, I mean if you wanna take a dump on something at least be smart about it.

It’s more like excising a tumor, then thinking long and hard before putting the tumor back in.

Personally i just wanna see more games being made by the community!!!
(I mean what more can you ask for we already have UPBGE 3.0+ coming , BF must just take UPBGE and make it an in House Engine i don’t like the separation)

That’s all for now!

You’re supposed to extirpate cancer, not put it back.

I don’t find the idea of a nicely built playground within a 3D suite undesirable in the least – if you have an argument against that then I’m listening.

According to the statement “there is no timeline for it” it seem, like interactive mode is not going to happen anytime soon.

They also said Benoit didn’t have time to work on it so far. @ton @dfelinto, why not talk again with @lubos / armory3d project? Keep it optional (separate addon / package / branch) if the dependencies and or licenses are a concern.

I kinda doubt you actually are interested in listening to what I think. So I’ll just step out of the subforum and allow this conversation to continue.

meanwhile I am over here making games in blender game engine in blender 2.8 using prb.

we need a few things restored still,
we need GPU armature skinning
we need ATAA
then we blow past armoury.

Yes yes, we all know about your’s & @lordloki_reloaded’s good work

To any outsider here @BluePrintRandom & I are just horsing-around like good friends, ignore us.

it is the work of Youle and Loki,
backend.

frontend I am just a tester who uses complex things,
meaning I find alot of the bugs.

Well this is embarrassing.

BGE was the core concept of Blender since 1994. Now it’s just gone. Because we need more buttons and more fancy UX/UI.

I was using Blender for ENGINEERING simulations and rapid VR prototyping where electronics was providing data in real time to Python.

NOW IT’S JUST GONE WITH NO ALTERNATIVE OR REPLACEMENT.

Also LOST my RESPECT and TRUST as Open-Source where someone comes and just removes something with no alternative.