Applying the modifer after Alt+D

After doing this, if I select the original one and try to apply the modifier, I cannot because the menu has been disabled. How can I apply it? I want it to be applied to both of them equally.

Modifiers (and Transforms) cannot be applied to an object that shares mesh data-block with another user. And Alt+D creates just that: linked copies.
Either “make single-user”
OR
duplicate with Shift+D
OR
(apparently) Object > Convert > Mesh applies all modifiers to Active Object and updates shared data-block across all users (what? it can do that? I didn’t know that Oo)

Seems like that Convert → Mesh is the only way to apply the modifiers and to keep the two linked at the same time.

If that sounds like a lot of keypresses and menu searching for something like that logically should be one-two clicks then check out modifier list addon:

It also makes working on modifiers with object gizmos (empties) a lot easier: 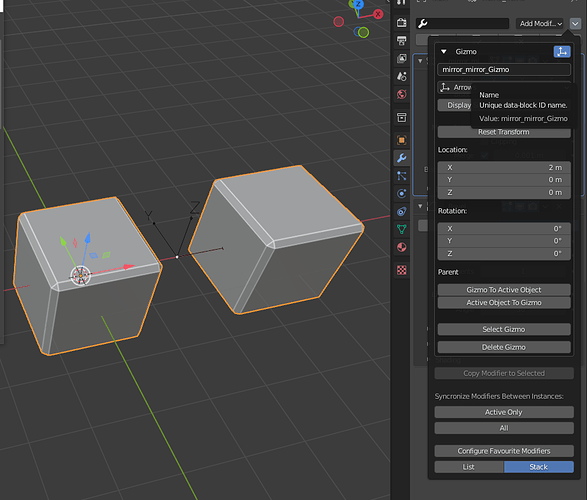 Just note that by default ui is set to old style list (hence name of addon) so change it to stack.