Are blueprints still used in the 3D modeling industry?

I see many new to modeling (including myself) practice using blueprints or other orthographic references (ie drawings). But how often are blueprints used in industry work: VFX, architecture, game design? To clarify, I do not mean photos simply being used as references to look at, but pictures overlaying the 3D object to get exact shape and dimensions.

If so, is it common to work with blueprints that aren’t aligned (incorrect scale or distortion across images), or are the blueprint sources reliable? I know the common solution for that is to fix the images somewhere like Photoshop or within the 3D software, and I’m curious if that’s still the case.

EDIT: along with the discussion, I’d really appreciate you adding your input in this short form: https://forms.gle/y5Q56diqWiASCSDW6 As I said farther down, I’m working on business ideas as homework, and curious what problems modelers deal with and if they’re worth fixing.

I believe that by now the most-common modern sources are various forms of digital files – CAD and GIS files.

But in my particular area – which is “19th century” – very frequent use is made of “hand-drawn sources” including patent drawings, fire-insurance company maps, and builder’s blueprints. Realizing that these are not always comparable. (No, they positively are not: “they are what they are, and they’re all you’ve got.”)

You also often find photographic records: builders would often take a photograph of everything they had built before shipping it to the customer, although they did not take them from the same location. A true photographic picture, unfortunately, is not a terribly-useful source because you don’t know where the photographer was, what lens he was using, and so on. It also makes a difference whether he was using a box camera, where the lens-plane and the film-plane must be parallel, or an “old-timey” view camera, where the photographer could and probably did put the two on different planes. *(Wiki it: “Scheimpflug Principle.” And: “orthographic projection.”)

In my situation I might just have an engraving from some old magazine, this being the only clue as to what the artifact once actually looked like when complete. If anyone ever bothered to record it in any other way – or, could have – the record no longer survives.

If you’re dealing with more recent artifacts – “firmly twentieth-century” – then you can usually find much more reference material. But since it was all hand-compiled you will also find a certain number of mistakes. (Consider the utterly- astounding(!!!) ongoing projects, all found right here, which are re-creating WW2 bombers, WW2 submarines, WW2 tanks and armaments, and WW2 rockets.)

Every situation is different, depending both upon the source-material that you are working with and the accuracy that you need to achieve. But, in my very-particular situation the most-important factor is relative scale. Since you can’t know exactly how big a particular [missing piece] was, you need to assess its relationship to the things which surround[ed] it as objectively as possible. Even if you know nothing else about the object, guess about its “bounding box,” and the dimensions of the “set” into which it is eventually to be situated. The rest is art.

This sums it up, blueprints are more like a engineering-mathematical description of the surface rather than a drawing. It just happens that there are hundreds of points.

Such as for example 10 points means nothing, but with 1000 points you get the signature design of a a Ferrari. You just need more points.

Today, architects use 2D and 3D modeling software to create their designs, but they still print “blueprints” of those designs for use by the construction crews. And, the original “blueprint” process is still used to reproduce them because it’s fast and cheap. I know someone who for a time ran a blueprint shop, and she had as much work as she could do. So did the several other shops in town, all simultaneously. “A shopping-mall construction project,” for example, requires hundreds of pounds of paper.

All kinds of detailed views are required, but these days the computer generates the original graphic plotter outputs. This is a very-recent development.

Thank you both for your replies

I appreciate your detailed reply @sundialsvc4, especially that as long as relative scale is correct corresponding to the shape, it’s enough for most cases. I am also curious if this is the case for more relatively lenient blueprints for objects, such as characters.

Let me explain my reason to ask all this - as a business idea exercise for work, I’m seeing how often blueprints are a problem for modelers, ie they’re incorrect or imperfect and that the artist needs to fix them.

in Eng at least and i guess Archi. i have not seen blueprint in a very long time i mean like 20 years

but some sites might still use the old blue print process

today dwgs are printed more on a white semi transparent paper
and using black ink !
printed by a plotter from CAD dwgs
faster and does not smell Ammoniac which is very bad!

Wait, are we talking about the same thing? I mean blueprints as in reference images that directly align - like images seen in this picture: 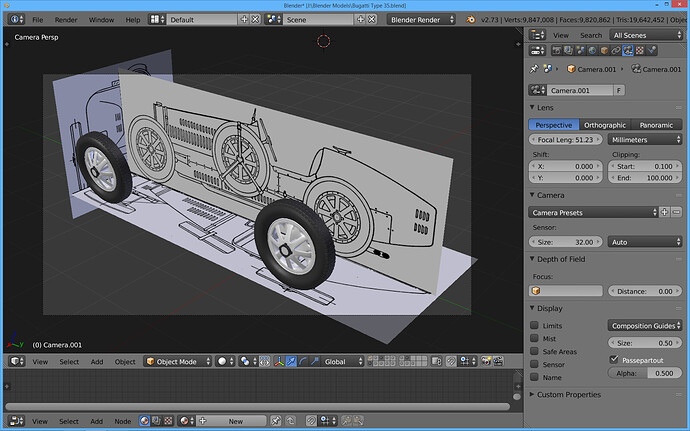 Of course it’s a matter of interpretation. The original is produced from the computer model by a digital plotter. The “blueprint” process is then applied to churn out massive numbers of copies, as cheaply as possible. Within a matter of days, the blueprinted pages are back at the recycling center, ready to be re-converted back into wood pulp, because the project is over . . .

Quite a difference from the older days, when the “original” was hand-drawn, and probably not entirely accurate.

Let me explain my reason to ask all this - as a business idea exercise for work, I’m seeing how often blueprints are a problem for modelers, ie they’re incorrect or imperfect and that the artist needs to fix them.

I would say considering the last 10 years I used to work with blueprints a lot. I think the main reason was that the companies were not willing to give up the cad files. These days it is almost exclusively cad files. And on rare occasion it is photos and even more rare the blueprint.

That said, if we are talking about modeling products, cars and the like, as a hobby or for a portfolio the best resource is blueprints as you are not likely going to find a CAD file for a 1954 Porche.

If you can get good quality Blueprints or plans then it’s of course always going to be invaluable. Otherwise if you are modeling from scratch without any 3D CAD resources it’s trying to block out as best you can from photographs at different angles which can be very tricky. I recently had to do a working pump jack model of a very specific discontinued design this way and figuring out the correct proportions and volumes from some assorted photographs was not easy. Especially as it all had to all connect up and animate correctly.

One of the biggest things I remember modeling from blueprint plans was the Piper Alpha oil rig for a TV documentary. In this case it would have been impossible without the detailed plan drawings. Especially in the very limited time available. The best way to work with very dense and detailed drawings like this I think is to identify the major elements from each angle then color code them with pastel shades in a painting program. Then set up as standard 3D viewing planes. But it is important to always refer the drawings to photographic sources too as the 3D shapes of things are not often totally clear in the plans. With the plans you are mainly getting the overall dimensions of things.

And yes you can find that the older plans are not always totally accurate either. There can often be inconsistencies between plan views and you have to make the best judgement you can from all the beast available reference.

It really depends from project to project, sometimes modelers don’t get any blueprints and only recieve one 3 quarter view, of course they’ll still need to gather more reference by themsevles, & if it’s a requirement to be as accurate as possible to the design then they can request blueprints from the concept departement otherwise they just eyeball it and go with their years of experience…this is from VFX, Games & Animation POV not CAD like the others have mentioned. 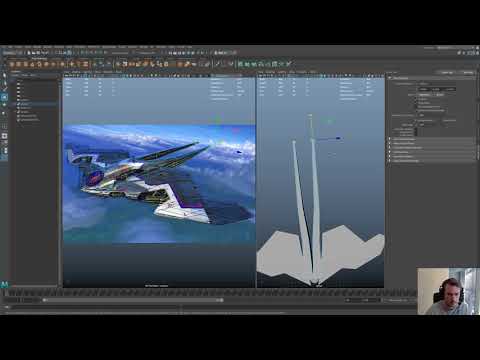 Short answer…
Absolutely, just look at how many things are made by CNC cutters and they have to have EXACT dimensions to drive the CNC cutters. They are used in everything from prototyping to clothing manufacturing!

Thank you for that distinction - after asking some modelers in big companies, I learned they definitely have blueprints/CAD taken care of (or they don’t use them for sake of creativity).

In the days before CAD, errors in hand-drawn blueprints were a fact of life that sometimes even construction crews had to deal with on the job site. Modelers of historical equipment have to deal with this, too.

Just a short time ago on this site, posts were made about an ongoing years-long project to re-create a WW2 airplane in exhaustive detail. The thread author related how certain reference tables that he obtained from historical sources were found to contain errors when he tried to apply them. So it goes. (At least he had them! Sometimes all I have to go on is a magazine advertisement – which was an engraving.)

Modern CAD technology can effortlessly generate always-perfectly-accurate blueprint outputs from its master digital files, but in the old days every operation was a human transcription. No matter how extremely-careful these humans might have been, errors still happened. Great process-control efforts were made to keep them from accumulating.