It is not a very complex object but just a simple arc-like object but in 91 arrays and with 3 subdivisions. I thought I could move it by moving the empty, but it was slow, even in wireframe mode. I applied the two modifiers, and then it became normal speed. Is there a way to make moving faster without applying modifiers? 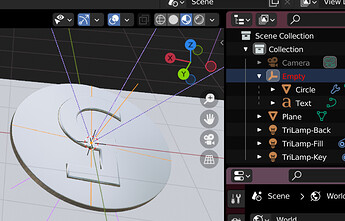 Your problem here is not the array, it’s the subdivision.

With the 4 levels of subdivisions in the file, you have over 2 millions polygons. Honestly, this model probably doesn’t need more than 2 levels and might even look good enough with 1. You can also set the viewport level to 0, so it’s fast in the viewport but still have it active during render.

Also, you have faces with more than 4 sides and those massively slowdown subdivision.

An unrelated problem, but if you haven’t noticed, the array doesn’t add up to 360 degrees. The 2 ends of the array aren’t arriving in the correct spot and joining.

So here i re-rotated your segment back to 4 degree, made some triangulation (still worse to edit) and dismissed the subdiv but set smooth surface: (the blend file was saved in 3.1.2 but it loads in 3.0.1 and the image is only 66% size) 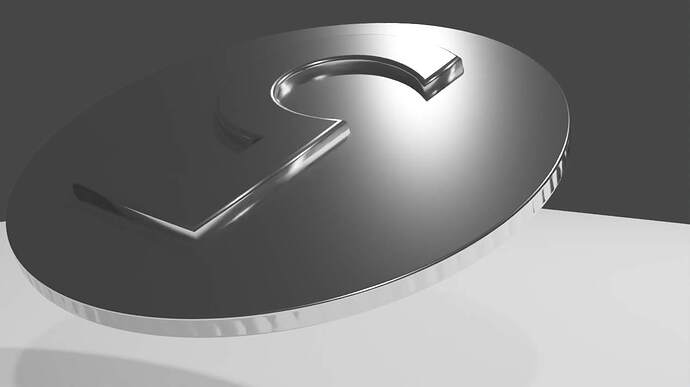 (For this kind of coin edge maye a bump map is suifficent like mentioned in the other thread?)

While the wireframe doesn’t display all the edges of the subdivision, they still get calculated and that takes the most time.

You can tell looking at the model, because the wireframe becomes more rounded and changes position a bit to match the subdivided model.