Arrays and Dupligroups for railway

Hi- I am building some railway track and I’d like to use dupligroups to make my railway sleepers. I can then make many copies to move them where they need to be, but ideally I’d like to use an array. For example I’ve used dupligroups, then using duplicate and transform to make about 100 in a straight line, but it will be very difficult to go around a curve. There doesn’t seem to be a way of applying an array to a ghost object (one that uses dupligroups). Similarly, one can make an array of a basic object and swap it out for the sleeper - but it must be the original sleeper, not one of the dupligroup ones. Any ideas??? 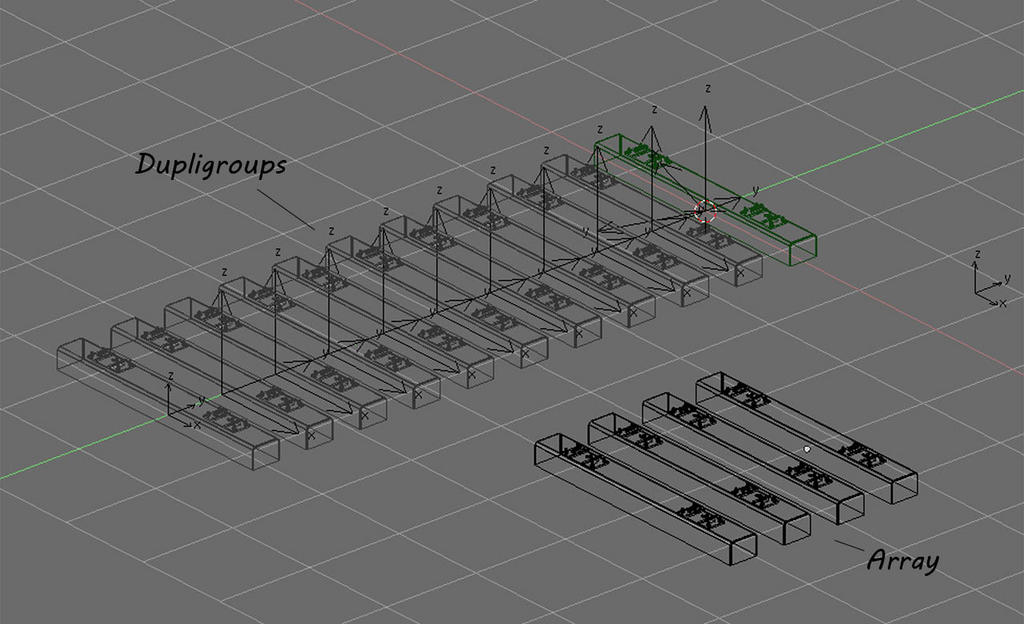 Why do you not just make a single bar, add an array modifier and a curve modifier? Why are the dupligroups necessary?

Thanks for the quick response. I am new to blender, been working at for four months. I read somewhere that dupligroups will cut down on render times. I am going to have 500-1000 sleepers in the scene. Also they need a bit more detail than just a bar.

I don’t think dupligroups would cut down on render time at all. It’s still rendering the same ammount of geometry. If anything it would probably make it display in the viewport a little faster, if you’re having lag issues with that. (I could be wrong).

Well, by “bar” I meant the entire “sleeper”, containing as much detail as you like. I would just set it up, then in the array modifier, set it to not display in the viewport if you don’t need it. So. then it will render, but not slow you down at all while you’re working

Thanks again! I’ll try it and report back soon

Hi- I’ve now applied an array modifier and a curve modifier. The results are promising, but there’s still some refinement needed. The sleepers started of perpendicular to the start, but by the end of the arc, they are not. The curve I used was bezier, now I will try again with NURBS. Also the ties on top of the sleepers took the array modifier but not the curve! Any suggestions would be most welcome. Thanks! 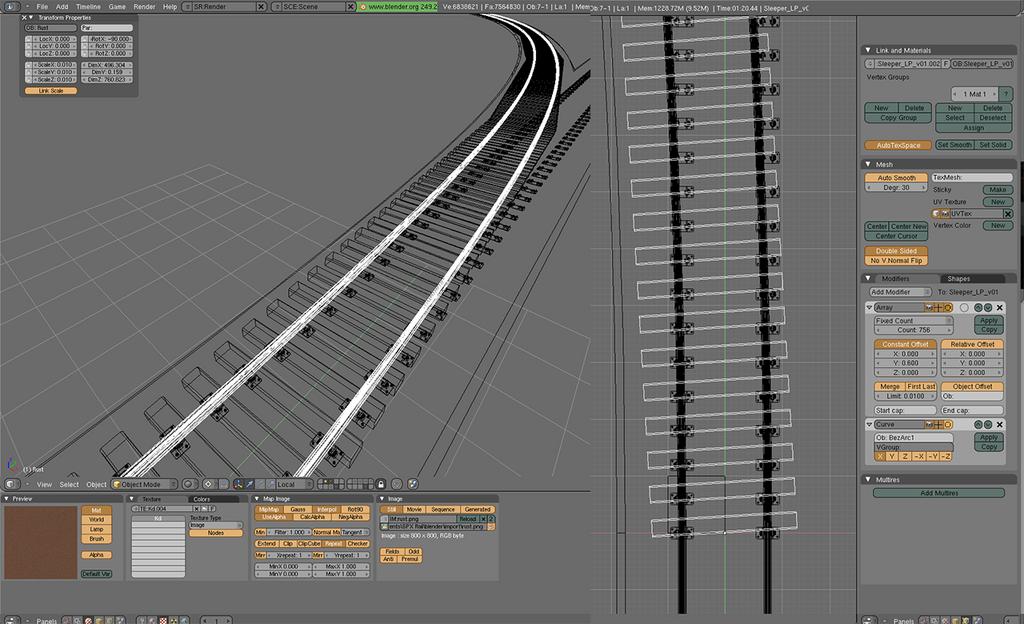 Make sure that the modifiers are in the right position in the modifier stack. Otherwise you will be applying the curve modifier before the array modifier. So the objects created by the array won’t be affected by the curve.

The position of the objects along the curve is dependent upon the object’s center. Make sure the center pivot is centered in the object and then snap the object to the beginning point of the curve.

Ahhh those are good tips. I am familiar with changing the object’s center. Just to make certain, would you make the beginning point of the curve the object center of the curve?

I think so? I don’t remember actually. That sounds right. I’m at work so I don’t have blender infront of me ^^;;

That tip worked, the sleepers all line up more or less… just a little playing around with the curve is needed. Thanks again!