Okay so I’m working on a bus model at the moment which has been updated in the WIP section. I’ve run into a problem however with the materials. I’m trying to get my head around unwrapping and having failed to use seams and unwrapping that method, I’ve just gone with the Project from View instead. I’m mainly interested in working on the exterior paintjob for the time-being and I’ll work on the interior at a later time.

The problem I’m facing is that I’ve created a texture to put on the bus and mapped it accordingly. When I use a preview window in the viewport, everything looks as it should and there’s no problems. When I go for the full-rendering though, bizarre artificats appear and I can’t figure out what’s causing them and why they’re appearing on the full-render but not in the preview window. 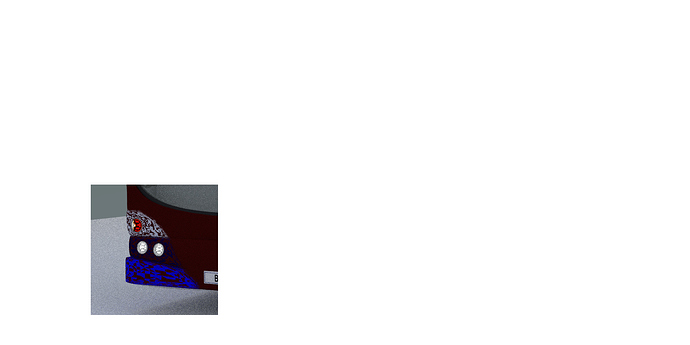 Preview and Viewport (both monitors): 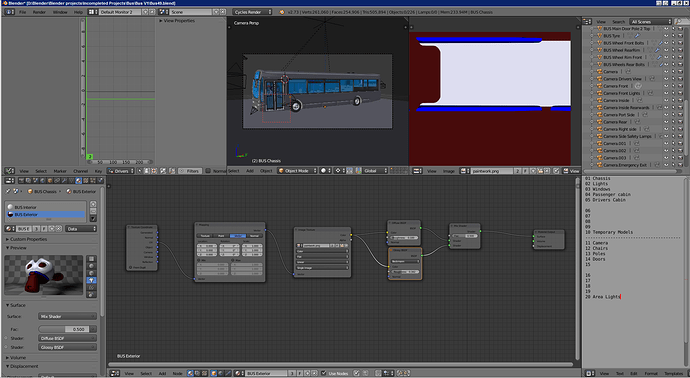 Is anyone able to inform me what’s causing the issue here, and what I can do to resolve it and prevent it from happening again? 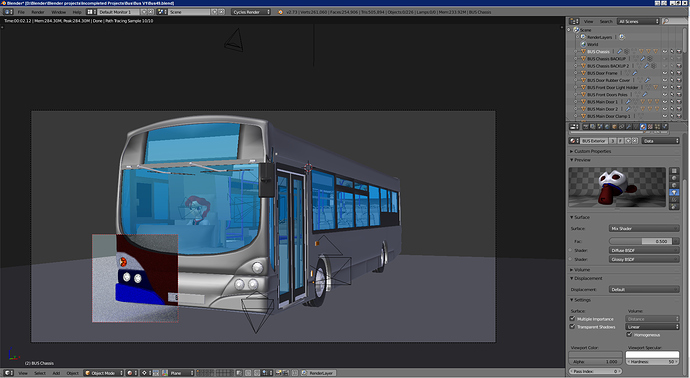 I have found the source of the issue. It turns out that I had a duplicate mesh (backup) which meant there were two objects in the exact same place competing for the renderer causing the artefacts in the final render. Because I had turned off the preview in the viewport, it wouldn’t show up in the preview-renders. The backup mesh simply needed its renderer turned off (camera icon in the outliner.)