Since both faces are part of the same object, Object ID does not work.
And since I am using only 1 material, Material ID does not help.

I don’t want to use two separate materials for the different faces of this box, because for most part the desired material is identical, with some variation added due to the ColorRamps. 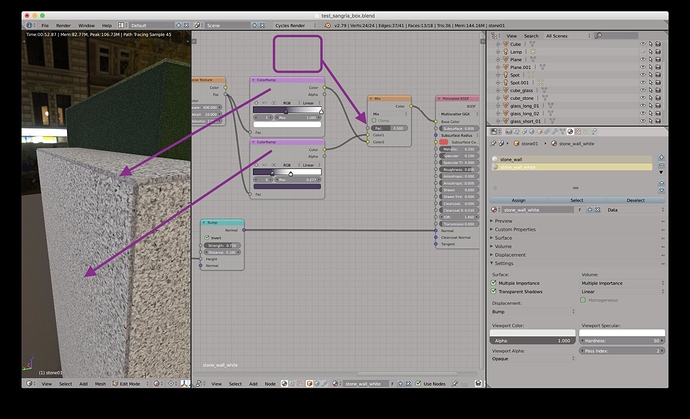 Unwrap to a new UV layout, how it looks doesn’t matter. Put faces belonging to one material to the left side and the others to the right side. Separate output XYZ (X) and a simple math node greater than 0.5 to drive the factor. Could easily be expanded to drive four materials using four quadrants, 6 sides of a cube with more effort, or any kind of divisions with elaborate effort.