Nothing really serious about this, mainly wanted to make a race car but something a little different, so I decided to set out on a second concept car adventure. Like the first one, I just winged it, pretty much started with the monocoque and proceeded from there. Then put in place holder wheels and filled in the gaps with bodywork and this is what I ended up with. Some design elements were taken from Aston Martin design, such as the long headlights of the AM/Lola B09/60 LMP1 entry in 2008.

Pretty pleased with how it came out design wise, might do some more prototype car modeling in the future. 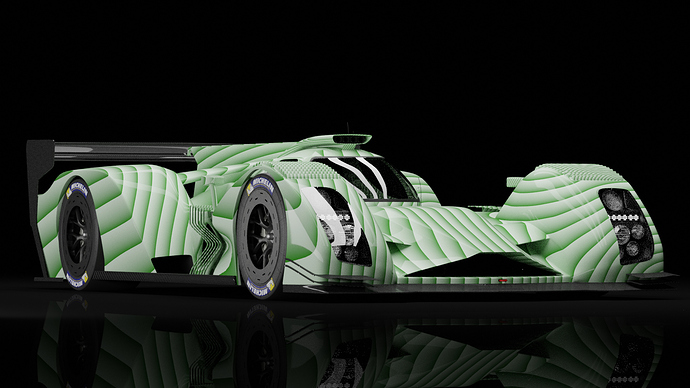 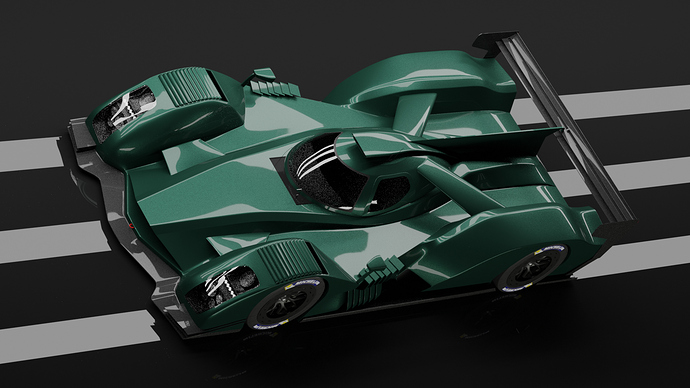 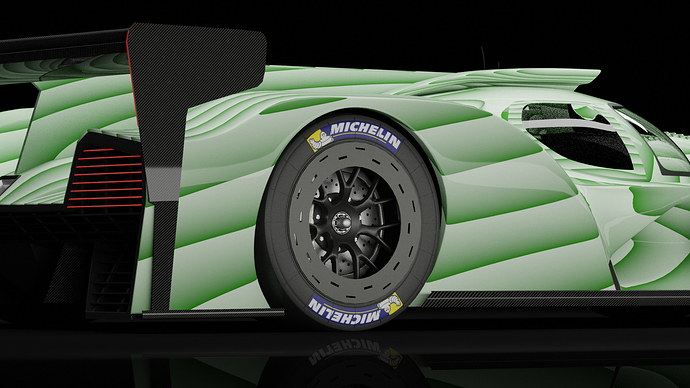 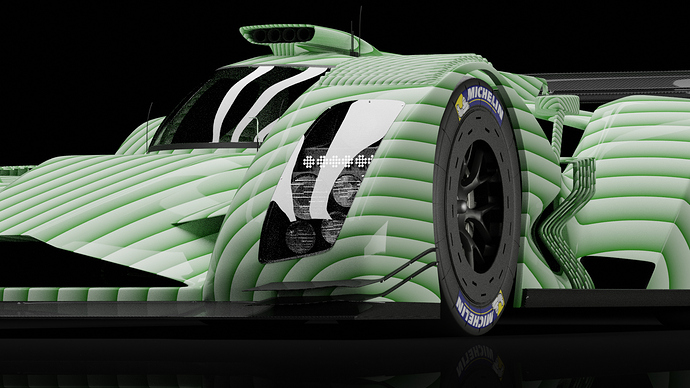 Hey, this Looks really cool. I love lmp1 cars. But I think this car would look better with some kind of veroni texture don´t you think?

In terms of the voronoi texture are you meaning cells or intensity?
I did make a generic Gulf livery for it though. 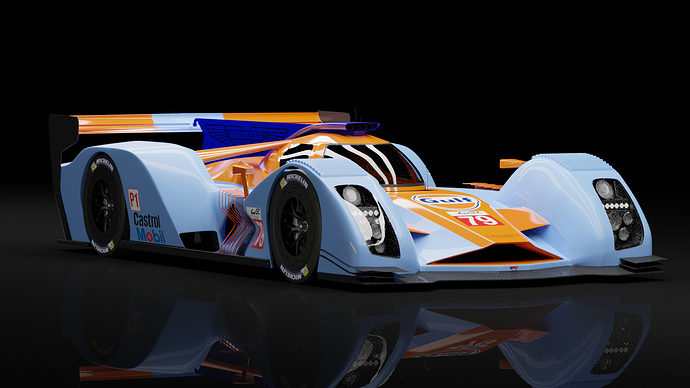 I thought about cells, but this livery looks much better than a simple procedural texture.