At the Maritime Museum

Mostly I did this to try some more detailed models. It’s rendered in Cycles at 500 passes. Most of the textures are procedural including the red base which is supposed to be velvet but I’m not sure I like it much.
Thanks in advance for any comments or crits.
Els 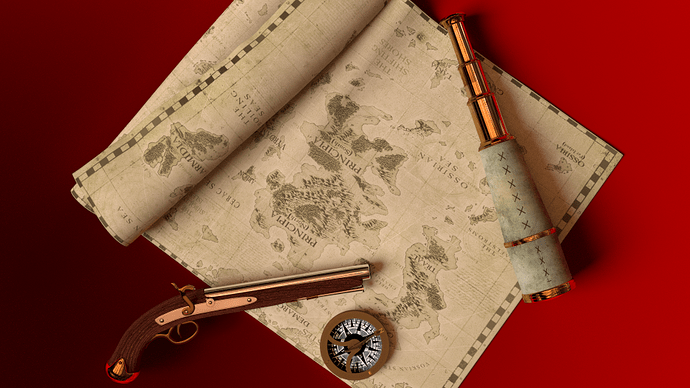 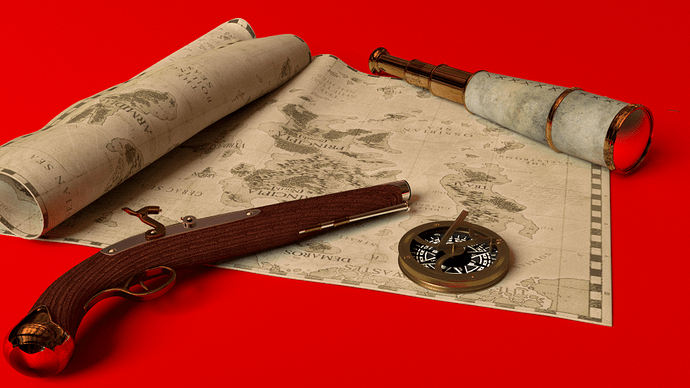 @elsdon: the map is very very well done, and the materials are quite good, but i dont like the pistol very much. in my opinion, the part where your hand goes should be longer.
the other thing i dont like is the marble on the telescope. who would make a nice shiny telescope and then put rock on it and write X’s on it?
other than that, very well done! :);)

@elsdon: one more thing i dont like is the telescope lens, for some reason… it seems to reflective.
amazed at the map though :)

Hey f311x, thanks for the comments, I really do appreciate it. As far as the pistol goes, I guess I thought the same thing but it was modeled off a reference photo. The wrapper on the telescope is supposed to be canvas stitched around it but it doesn’t seem to read well as that. The map was really the easiest part. It is just a cloth sim dropped at about a 15 degree angle on to the plane.

thanks elsdon! i think you could leave the canvas around the telescope if you gave it a cloth-y texture and packed the crosses tighter.
i think if you fixed that, you could put it in the ‘Finished Projects’ section.

Just some closeups for good measure. 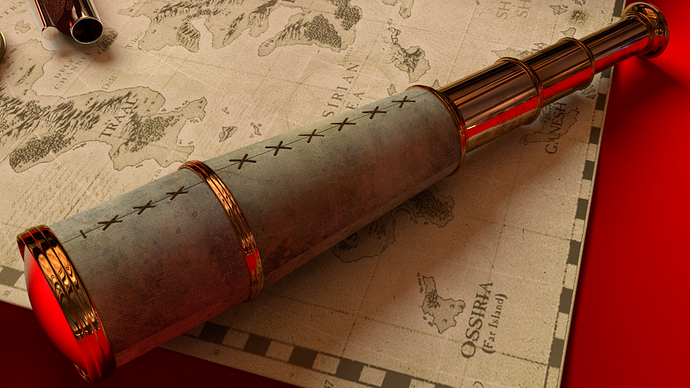 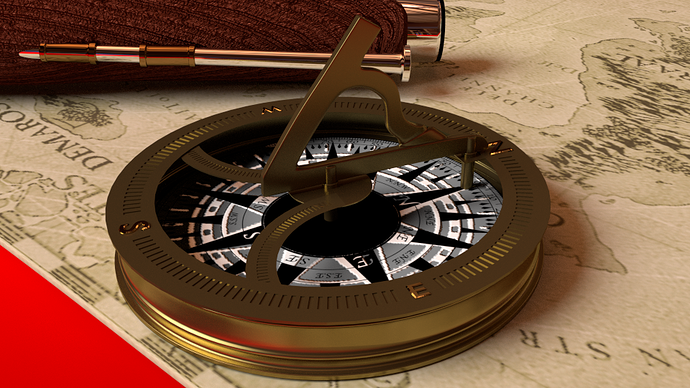 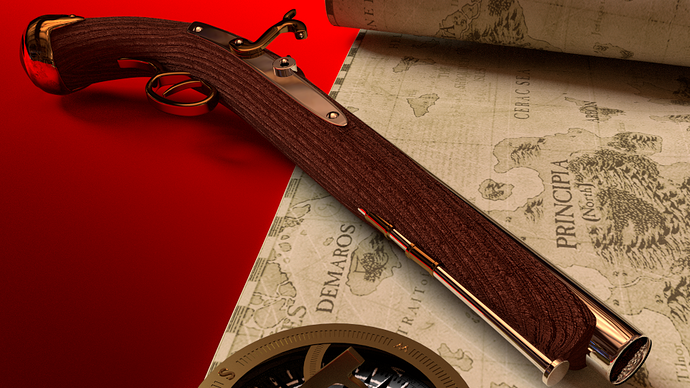 The map looks fantasic… but maybe you could tone down the bump map (if there is one) a bit on the gun maybe even remove it entirely. Most reference I’ve seen of these types of weapons is that they’re pretty shiny and polished from years of use.

@elsdon: the closeup of the telescope looks really good… you can tell its cloth now

i especially like the notches on the compass, amazing detail! :);)