While creating some geometry node setups I realized that it is not currently possible to have some sort of overlay that would display the values of attribute fields at the position where they are, there is only the spreadsheet available and sometimes it is hard to figure out where the actual value is and whether it makes sense.

So I started fiddling with displaying numbers using geometry nodes and ended-up with addon that can do the described above at least to a certain point. It is possible to add additional geometry with few clicks that visualizes the value of attribute field of arbitrary type.

It is possible to view attributes similarly to how node-wrangler works, but with a different shortcut, so it doesn’t intervene with the original workflow. The addon spawns the node for you and connects the socket, cycling the sockets is also supported. 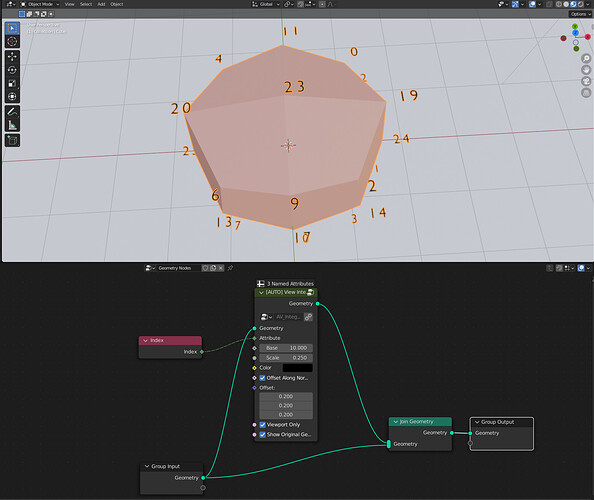 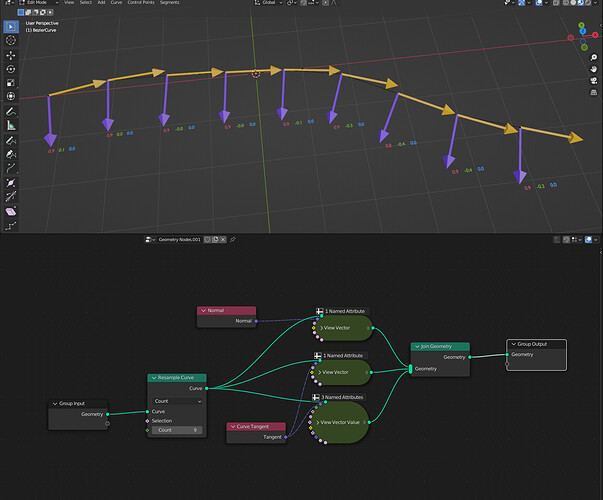 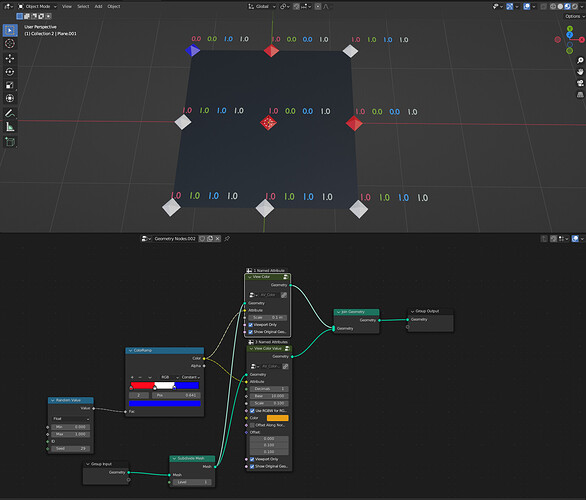 Addon consists of node groups that can display the individual attribute types, the main node is the number display node which can display negative and floating point numbers with user-specified amount of digits. And there is the code part that helps to make the process of viewing attributes quicker.

I hope that you will find a use for it. If you have any feedback, suggestions or ideas, feel free to ask here or contact me personally, cheers!

Bought this and it has already paid dividends in me working out why something I was trying wasn’t working. Really helpful! Many thanks for doing this!!

I am happy that it worked for you @LazloWoodbine.Thanks to everybody for trying out the add-on.

I have released a small update (available on links in original post), that includes: 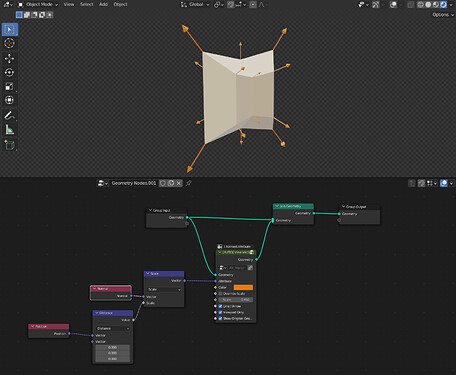