I made a human base mesh and some clothes to put on it.
Automatic weights worked well with the base human shape, but the clothes got messed up.
For example: 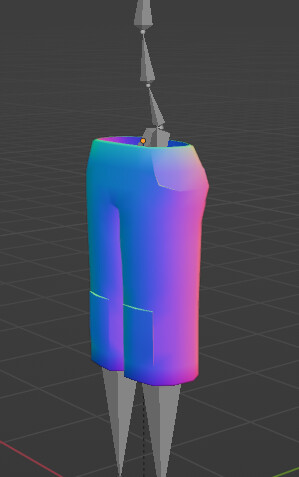 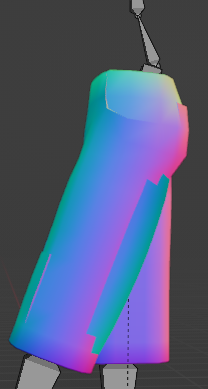 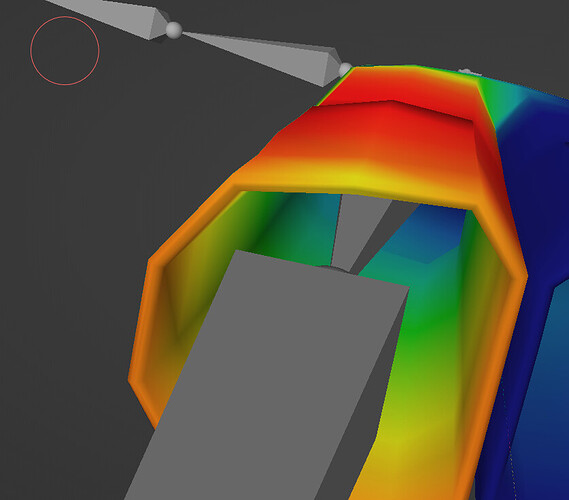 How can i make it work? Or perhaps extend/transfer the rough weights of the base mesh to the clothes?

Hi, you have two options either paint the weights manually or remodel the pants with single mesh
and just fold the edges to make them look thicker see example: 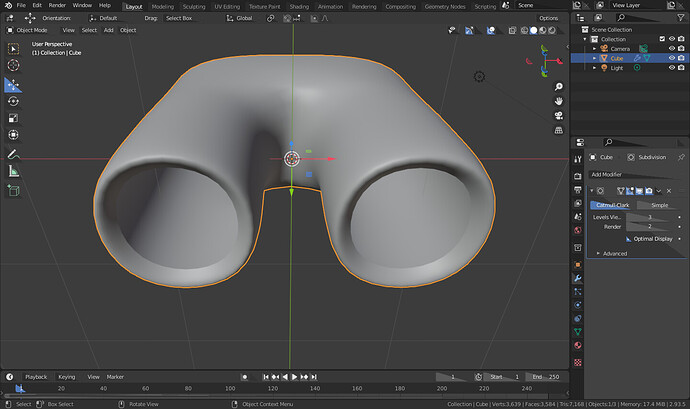 ? Does those pants have a thickness?? That would be unusual AFAIK.

The interior surface of the pants blocks the bone “heat”. Automatic weights won’t work properly on the inside vs the outside, and they also won’t work right in relationship to the body.

First, the best thing to do for these pants is, don’t have an interior. Either build them into a single, manifold mesh describing the character and clothes, or make them a thin mesh. If they need to have an interior, consider keeping a live solidify modifier, to be calculated after the armature modifier.

Detailed answer.
I just wanted a staring point but these methods seem good too.