Hi ho dear Blender community!
So, I did a couple of characters last semester and man people told me they look really good. Though it would be really difficult to realize these characters in 3d because I have a rather dynamic and expressive style. This semester IÂ´m taking a character class (unfortunately the docent only knows Cinema 4d and I hate modeling/uv mapping there) and intended to model one of these chars. Preferably the easiest.

I wanted to share my current progress and hope someone could provide some helpful links, tuts, articles, anything a character modeler should know. IÂ´ve been searching on polycount but many links ainÂ´t working or feature waaay too complicated workflows… damn you, talented Uncharted sculpting people!

Anyway, hereÂ´s the guy in question 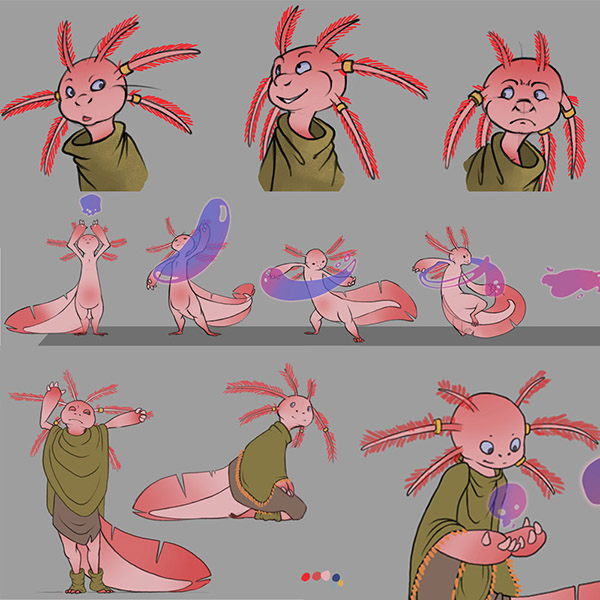 And this is what I did so far 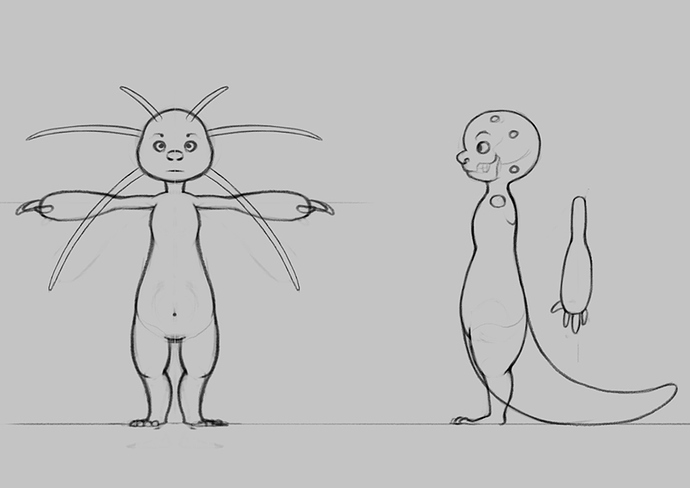 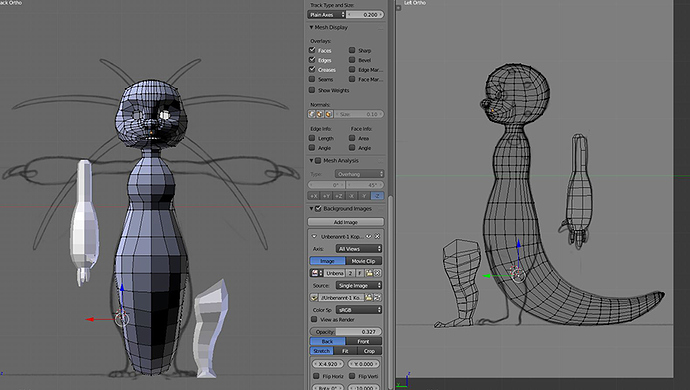 I followed this YT tutorial for face and neck I casually worked my way through body, tail and limbs. Fingers and toes appear quite difficult and I need to look at some edgeflow regarding these.

IÂ´m not sure how to attach the legs to the body though. Thought the solution would be obvious once I reach this point in 3D but now IÂ´m kinda stuck. It looked easy and obvoius on lizard characters I looked at…

I wanted to rig and pose him a little if enough time is left so it should be properly done I guess.

Any tip is welcome, thanks for your time!

Deleted arms, legs and tail because I couldn´t figure out how to go from there. Apparently extruding limbs from the body is the best way to go. Yay, basics!
Will work on eyes and mouth now, I hope it looks ok so far! If you think the edgeflow is weird or wrong feel free to post examples

I´ve yet to figure out how rendering in blender works, as both options only give me very odd results… will most likely export to Cinema later because working with light, material and rendersettings is easier for me ^^’ 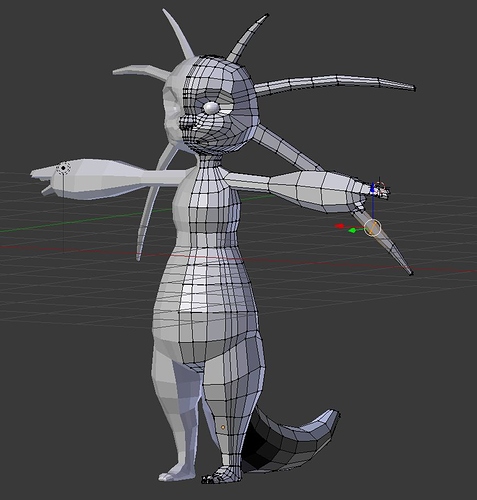 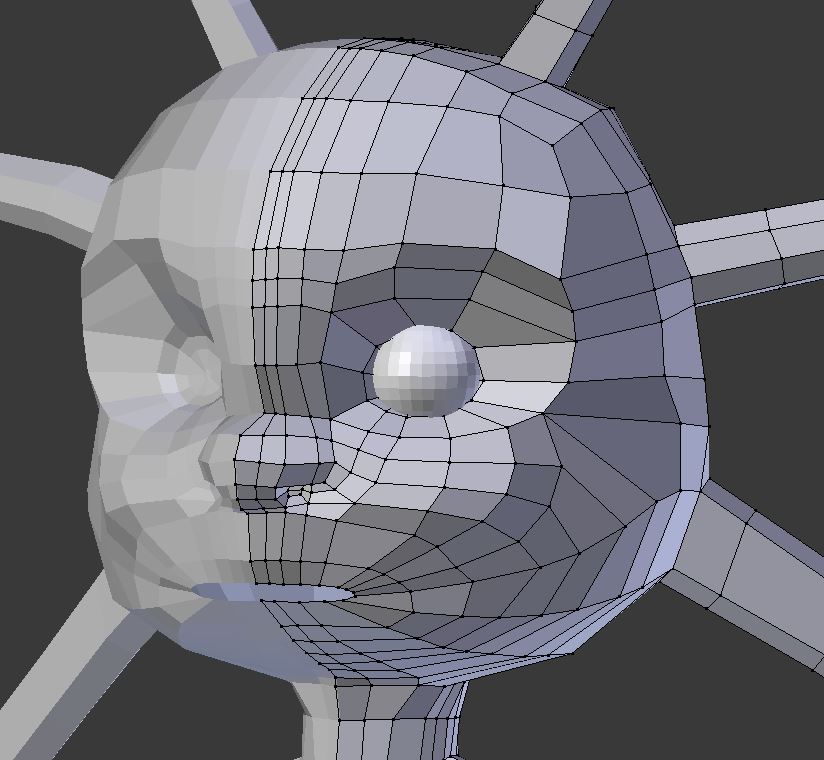 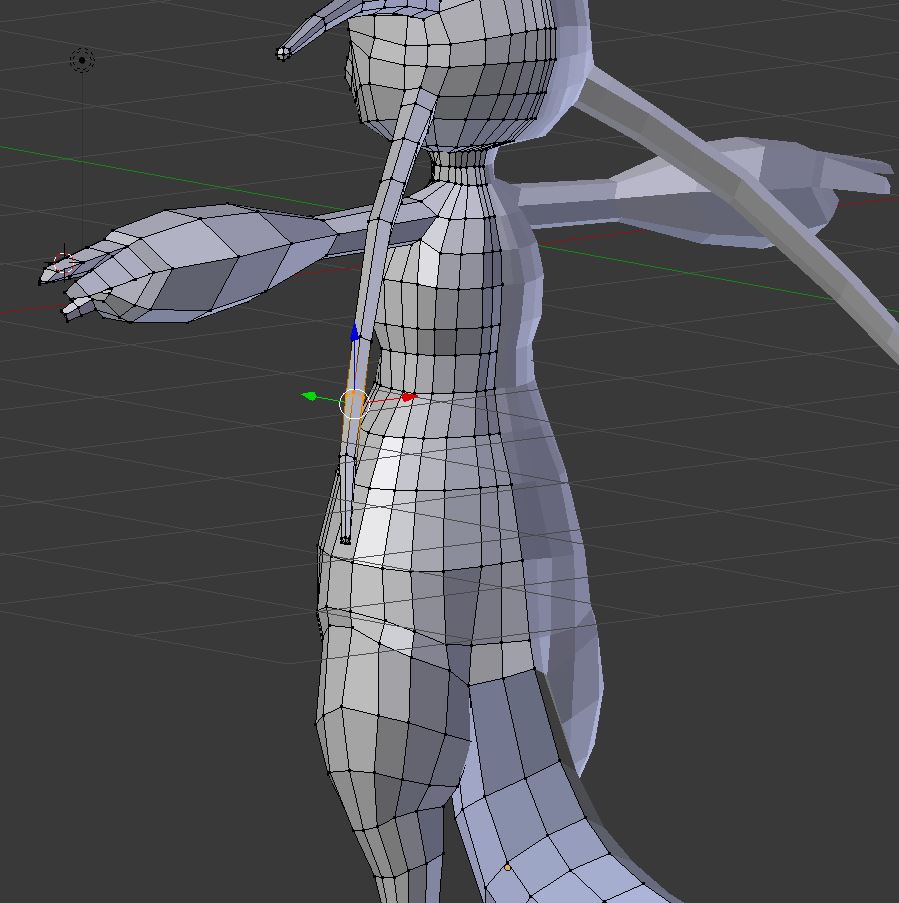 The concept is really awesome. You have a powerfull style and that’s the best quality as an artist.
may I suggest you start with dyntopo sculpting instead of box modeling?
It will give you a better sense of creativity for modeling while box modeling may flatten your model.

Yes sculpting is probably better suited for my style, but I wanted to figure out the basics first. In the current final version below I sculpted the face a little in Cinema (we had to use it…) to make it more likeable and sheesh, sculpting is difficult xD In Cinema at least, haven´t given ZBrush a try yet because its so overwhelming… my next 3d project will be a fully sculpted character :3 (this one maybe. It has so many wrinkles it´s probably very well suited for practice. Or too difficult?) 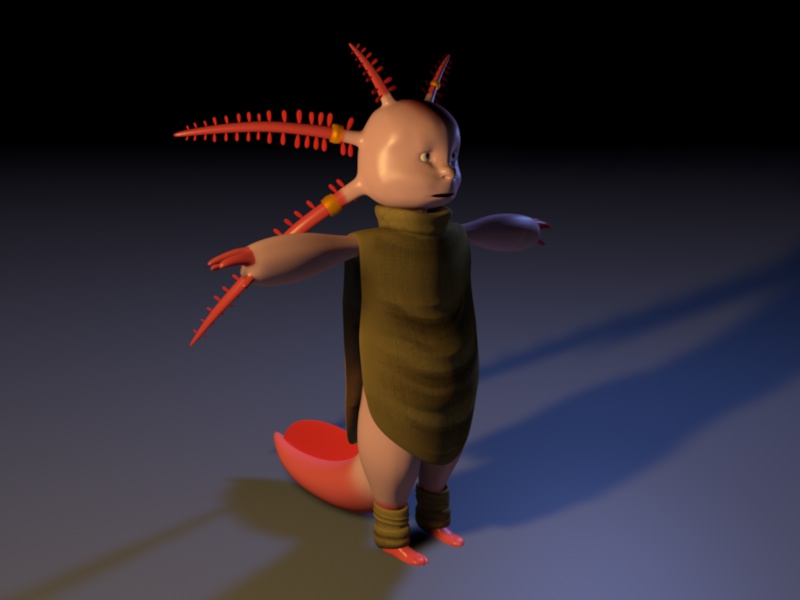 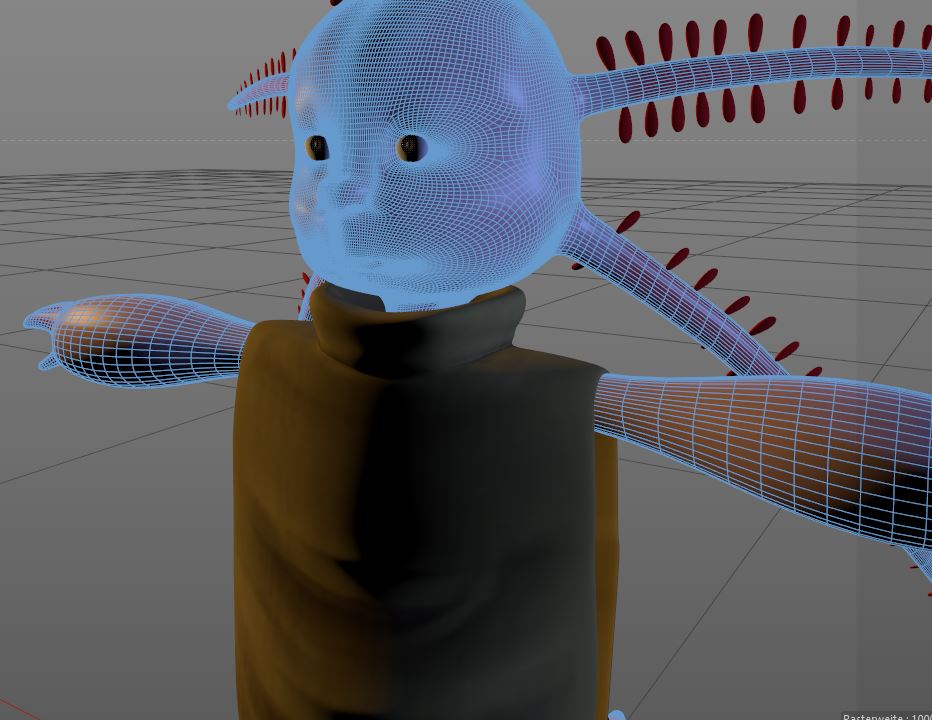 Since the deadline was today I rendered and textured it already but I´ll continue practicing weight painting and rigging it :3

about sculpting… As you’re a great concept artist, you MUST train sculpting.
this is the most artist friendly tool in 3D.
Creating a convincing cartoonish sculpt is harder than makin ugly monsters… It’s like drawing kids and women against old people.
You have to be sharp and subtle.

diving into Zbrush is cool, currently in few hours you can know enough about it to make. 95% of the job.
but you should realy try blender dyntopo too… You’ll make unbelievable things before reaching its limitation.

I know you must be super busy but may I advise you to make speed sculpting 30 minutes a day trying to sculpt poses, bust, faces of your concepts or some gathered…

xwhatever, never give up, you realy have a talent

Daily sculpting practice, alright, gonna do that! So Dyntopo is simply Blender´s sculpting tool, good to know! Will also look into it and ZBrush right after. I imagine the next step would be to practice retopo? I´d like to jump into texturing real quick again but I guess there won´t be a way around that.

I included the model in my portfolio and wanted some more professional looking pieces so I rendered it with wireframe etc.
The polycount exploded when subdividing for sculpting the face, I feel like this ruined everything… Will practice weight painting and rigging now!

Hello, there is a neat rendering tool in blender called “Freestyle”, It will give you the cartoon edges that you had in your original concept art. It will make it easier to show off the cheek, and eyebrow expressions.

The low poly cage is much easier to animate shape keys for facial expressions (AKA Morph targets.) You will only have to move a few vertices to make large portions of the face move. (This is just a preference thing, some people prefer the high poly version + the sculpting tools for the shape keys)

I like your creature, it reminds me of the “Sea monkys” that where sold to kids in the 1950-90’s in comic books, and magazines like Boys life.

For the hair things you will want to check out IK chains. That will make it really easy to bend by grabbing 1 or 2 bones.