Blender and Yafray. I am not that happy with the lighting, I think it needs better contact shadows.

Overall I am very happy with it. Go Blender! 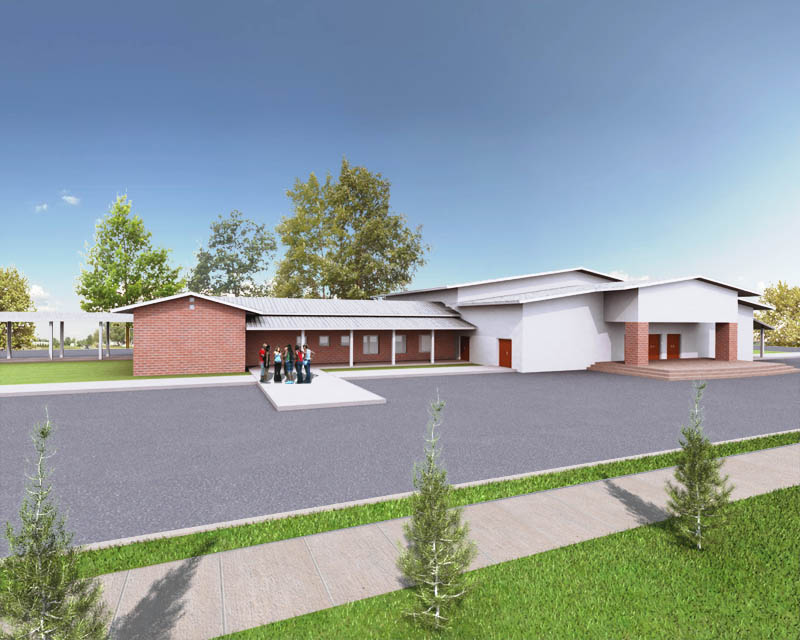 Very nice.
How did you get those tree’s?

Onyx for the front one. The trees in the background are pics. I would like to use arabo, but I don’t have java.

There’s a blender script called Gen3, which has the same functionality as arabo.
http://www.geocities.com/bgen3/

the only thing i can see missing are stripes in the parking lot.

I was really trying to get a vray-ish look, but I am not so sure I got that.

How can I get better grass?

Thanks for the tips everybody!

eww school I don’t want to go back!
The model looks amazing so does the picture

reworked it a bit. Removed the grass, I don’t get the new particle system that well. My first blender project, think it went off rather well! 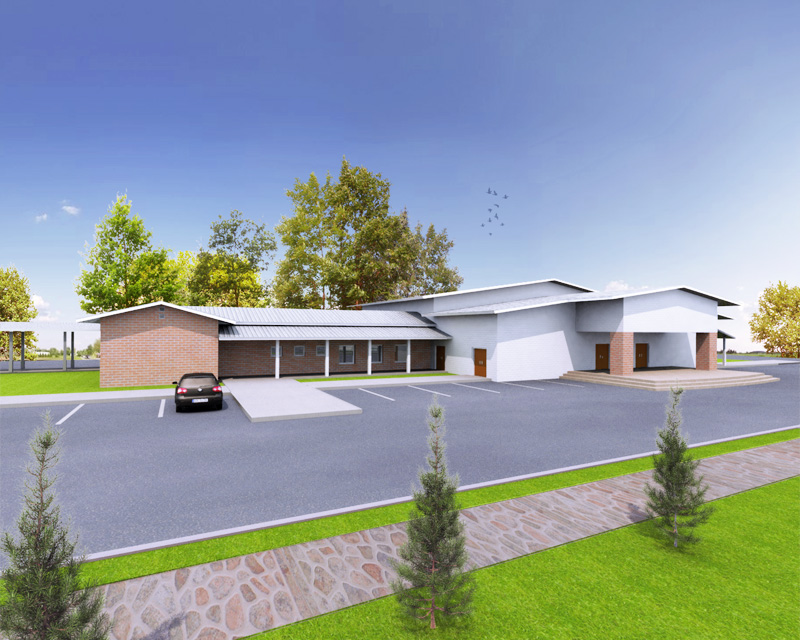 This tiem I focussed on getting something better from Yafray render. 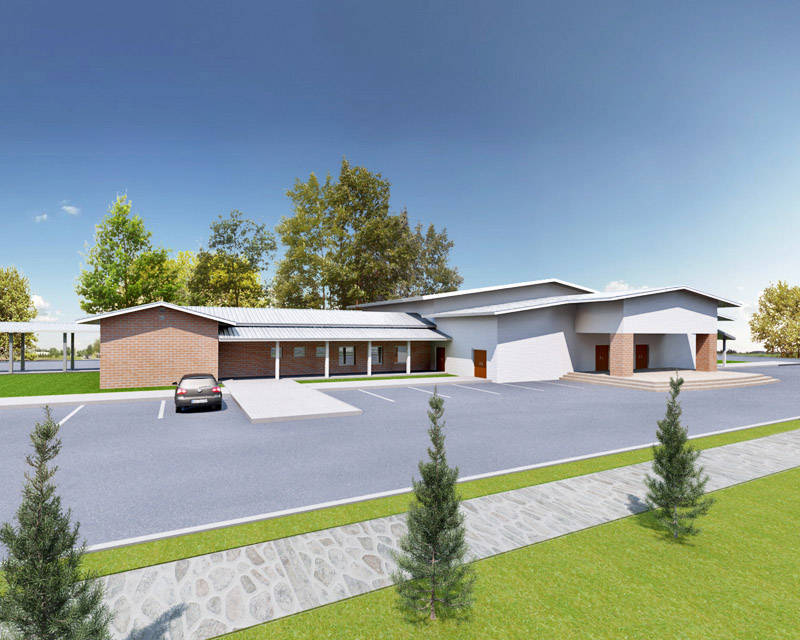 Overall great work. The light and shadows in the latest pic look like a bright sunning day, which I assume you were going for. The one distracting element is the side walk. It looks painted on the ground instead of something that is inset in the ground. Maybe add a bump map to the foreground to give the side walk a little depth.

I worked on the sidewalk a bit, and decided the fore ground needs more details to put thing into perspective more. So I added grass, and refined the cars materials. Also tweaked yafray render to get better results.

The grass helps the foreground a lot. The cobblestones in the walk could use a bump map, or just go back to the concrete texture you had before. The new render picked up a blue cast. To my eyes the lighting doesn’t seem as “real” as the previous one. But that could just be me.